'They Took My Best Friend Away': Pastor Tragically Murdered in Own Driveway as Loved Ones Face the Unimaginable 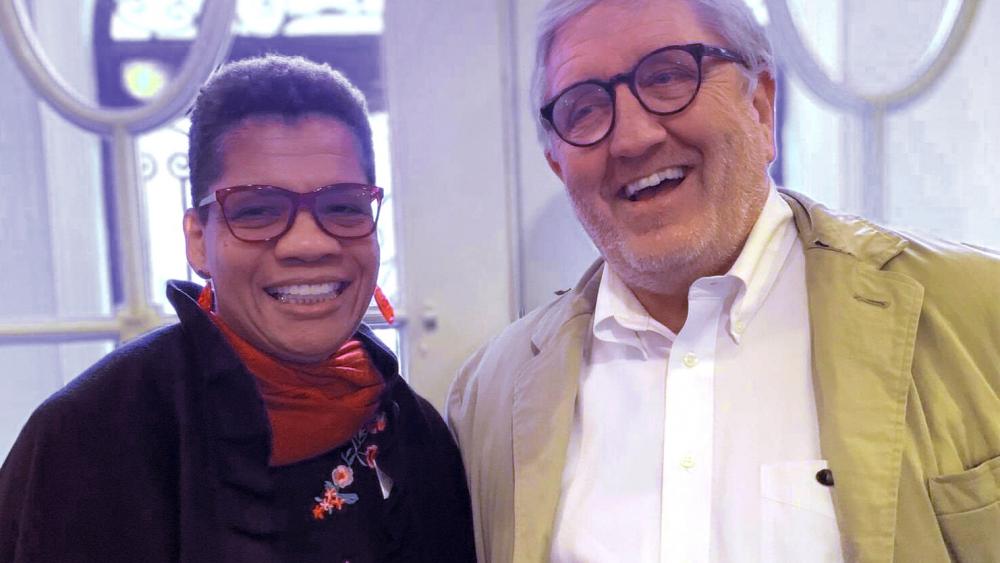 Loved ones continue to mourn the loss of the Rev. Autura Eason-Williams, a Memphis pastor and community staple murdered last month during a carjacking outside her home in Whitehaven, Tennessee.

A memorial service was held Tuesday for Eason-Williams, and friends and family will gather Wednesday again for her burial weeks after the senseless July 18 killing.

Eason-Williams, a wife, mother of four, Methodist pastor, and the Metro District superintendent of the United Methodist Church’s Tennessee-Western Kentucky Conference, has been remembered for her kindness and community activism.

“Words escape me today,” Bishop Bill McAlilly of the Nashville Episcopal Area of the United Methodist Church wrote in a blog post one day after the killing. “We often quip that no one is irreplaceable. I will tell you, however, that I beg to differ with that sentiment. One can be replaced, but the unique giftedness of a person cannot be replicated. Autura was uniquely gifted for mission and ministry.”

He praised the late faith leader for her compassion and love.

“Autura, we will miss your laugh, your leadership, your love, your faithfulness, and your generous spirit,” he wrote. “You modeled for us the words of Micah: ‘and what does the LORD require of you but to do justice, and to love kindness, and to walk humbly with your God?’ Micah 6:8.”

Two teenagers and one 20-year-old man were arrested and charged with murder over the tragic incident, though some debate has surrounded how the two 15-year-olds in the case should be treated under the legal system.

Darrell Eason-Williams, the victim’s husband and stepfather to her children, told WHBQ-TV that he believes the teens should be treated as adults.

“I want them all locked up. I do not want them out on the streets,” he said. “My wife did not agree with murder and rape. Those were the two things she did not stand for.”

The couple’s children, though, do not want to see the teens tried as adults.

“If I were to say ‘throw those kids under the jail, charge them as adults, give them the death penalty, send them to jail forever,’ I would not have learned anything from my mother in 31 years,” Eason-Williams’ daughter Ayanna Hampton said during a recent press conference.

Some local clergy are also advocating the teens not be tried as adults, as Shelby County District Attorney Amy Weirich has advocated.

“We seek justice and — not but, and — we love mercy,” the Rev. Rosalyn Nichols, pastor of Freedom’s Chapel Christian Center, told WHBQ-TV.

The Rev. Andre E. Johnson, a preacher at Gifts of Life Ministries, added, “We need to have a conversation. We need to begin to start talking about redemption and restoration instead of just punishment.”

But Darrell Eason-Williams said he doesn’t want to see other families face what he has had to contend with. He said, “They took my best friend away from me,” and conveyed the victim’s sisters agree with his position on charging the teens.

“They did not care about her life. They could get out at 19 and have no record,” he said. “Myself and her two sisters are fully behind the district attorney’s request to transfer the suspects to adult court.”

A judge is reportedly looking at the evidence, including mental evaluations, school records, and other elements, to determine how best to proceed. The teens will be back in court on September 12.

Please pray for the family and those grieving as the funeral unfolds and as discussions progress about handling the cases of the accused.