NH Man Searches Through 20 Tons of Trash to Find Wife's Wedding Ring: 'I Would Do It a Thousand Times' 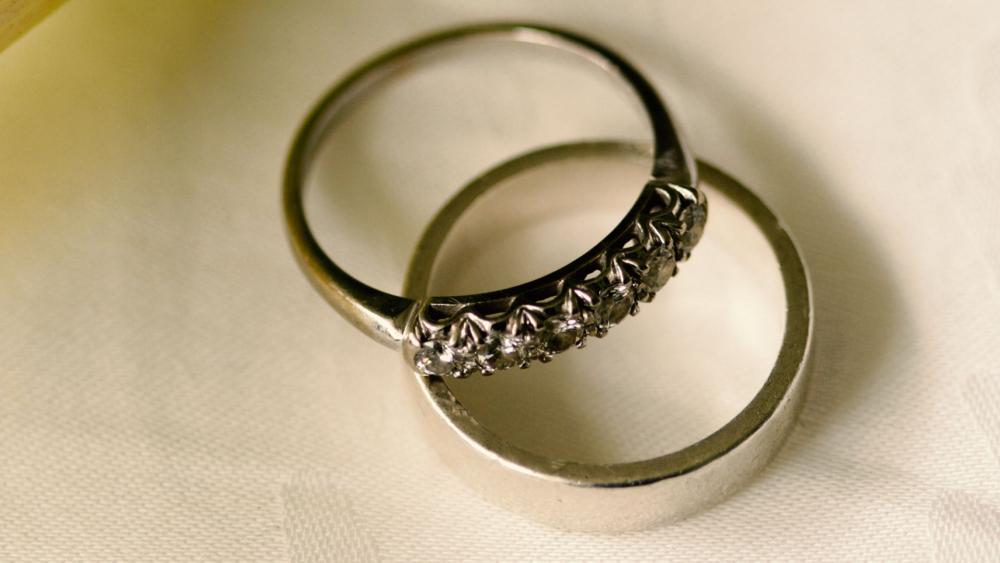 A stalk of celery helped a New Hampshire man locate his wife's wedding ring after he accidentally tossed it in his city's dump.

Kevin Butler lost the rings last week after his wife cleaned and then placed her rings in a napkin to dry.

He tossed the napkin in the trash and took the bag to the Windham trash transfer station.

Hours later, he and his wife realized what happened.

"She looked around for her rings. I said, 'I've got a good feeling they may be in the trash that I just took to the transfer station,'" Butler told WMUR-TV.

He rushed back to the transfer station where employees were more than willing to help him hunt for the ring among 20 tons of trash.

"He said, 'I'm pretty sure I threw the rings out,'" Dennis Senibaldi, the transfer station supervisor, said.

Senibaldi and his crew reviewed surveillance video to see what time Butler showed up at the transfer station and determine where the bag could be located. They used an excavator to start scooping up trash from the trailer.

After a few scoops, they found a clue.

"One of the things he said was [inside the bag] was celery stalks, and I could see a celery stalk sticking out the side of the bag," Senibaldi said.

The bag was pulled from the pile, but Butler got discouraged after searching the bag and not immediately seeing the ring.

"As we were going through the bag that we knew was his, he actually said, 'It's not in here.' And I said, 'No, there's a couple little pieces left,'" Senibaldi said. "I had my rubber gloves on, I moved a few items out of the way and saw literally the very last napkin and I opened it up."

Inside were his wife's rings.

Butler hugged jumped up and hugged Senibaldi for his discovery.

"Wouldn't recommend anyone else do it," Butler said. "But, you know, to get the rings back, I would do it a thousand times over."

Butler bought the staff pizza over the weekend as a thank-you, WMUR-TV reported.

Senibaldi told the outlet they've had the exact same situation happen before and were able to successfully find a ring wrapped in a napkin among the trash the last time too.