'Push Back on Evil': Pastors Hit Back at Drag Queen Story Hour With Their Own Library Project 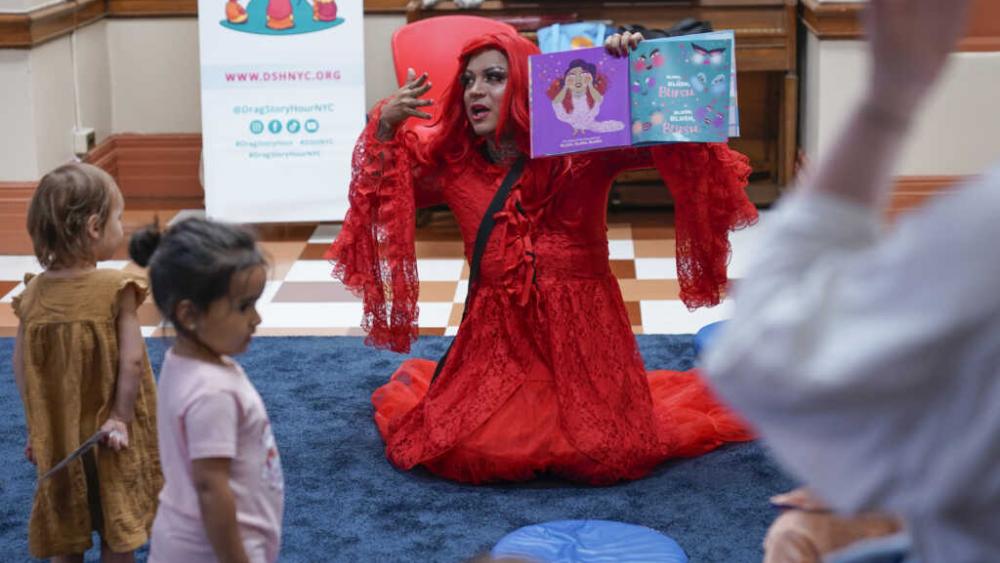 A drag queen who goes by the name Flame reads stories to children and their caretakers during a Drag Story Hour at a public library in New York, June 17, 2022. (AP Photo/Seth Wenig)

With Drag Queen Story Hour continuing to pop up in locations across the U.S., two pastors are on a mission to push back with their own effort to instill a biblical worldview in children.

Dale Partridge and Michael Foster have joined forces to create Pastor Story Hour, an effort sparked after Foster started a conversation on Twitter about the need to stop complaining about Drag Queen Story Hour and to start taking action.

“I went down to the local library and I scheduled a time to do Pastor Story Hour,” Partridge said. “It happened to work out, because I just wrote a new book called, ‘Jesus and My Gender’ … a kid’s book that really amplified discussion.”

He said 15 to 20 kids showed up with their parents, calling the effort “a great experience.”

“I think the kids loved it and a lot of the parents loved it,” Partridge said.

Foster invoked the biblical command to be “salt and light” while discussing his motivation for creating the movement. He also appealed to men to be more vocal on these issues.

He said it took him just five minutes to go to his local library and fill out a form to request a room. And a few days later, he had around 35 kids coming to hear him read.

“It’s an opportunity for us to be out there and lead the way,” he said. “These corrupting influences are out there … because we’re not pushing back on it. This is a very simple way … to push back on evil in our day.”

Partridge said he and Foster were faced with a “big question” when it came to the debate over Drag Queen Story Hour: “Why [were] these drag queens more interested in influencing the kids in their community than pastors were [and] than the church was?”

This inquiry became the driving force behind Pastor Story Hour.

The preachers don’t want the undertaking to be a one-time effort and hope to do it at least monthly while, at the same time, inspiring other pastors around the U.S. to take part in their communities.

Partridge said it’s an opportunity to get the Gospel in front of children and to encourage families.

“It doesn’t have to be necessarily a Christian book with a Gospel message every single time,” he said. “It can just be an incredible story with a virtuous character that a pastor teaches.”

Both pastors said their measures push back on some of the silence that has permeated the church around controversial issues of the day.

“Passivity is not working,” Partridge proclaimed. Among the causes of that silence, Foster said, is media portrayals that have discouraged Christians from speaking up.

“There’s been a very effective demoralization campaign through news, where people feel like they’re embattled and they can’t win,” he said. “As Christians, we should believe that the gates of hell will not prevail. Jesus has sent his church with a mission and equipped the church with the Holy Spirit to get that mission done.”

Foster continued, “And the Word of God’s powerful. It’s … sharper than a double-edged sword.”

He believes God’s word will make an impact and “bear fruit” if people get up and speak the truth. Silence, he argued, is not the answer.

“There are a lot of quiet Christians out there,” Foster said. “This culture is very evangelistic. It means to convert our children.”

And while kids are inundated with anti-biblical sentiment, he encouraged parents to realize they can take action to stop the chaos and to speak truth into others’ lives.

Watch what Partridge and Foster had to say here. 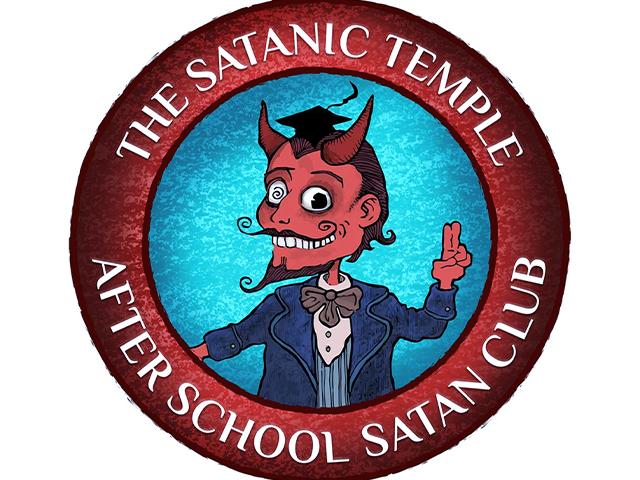