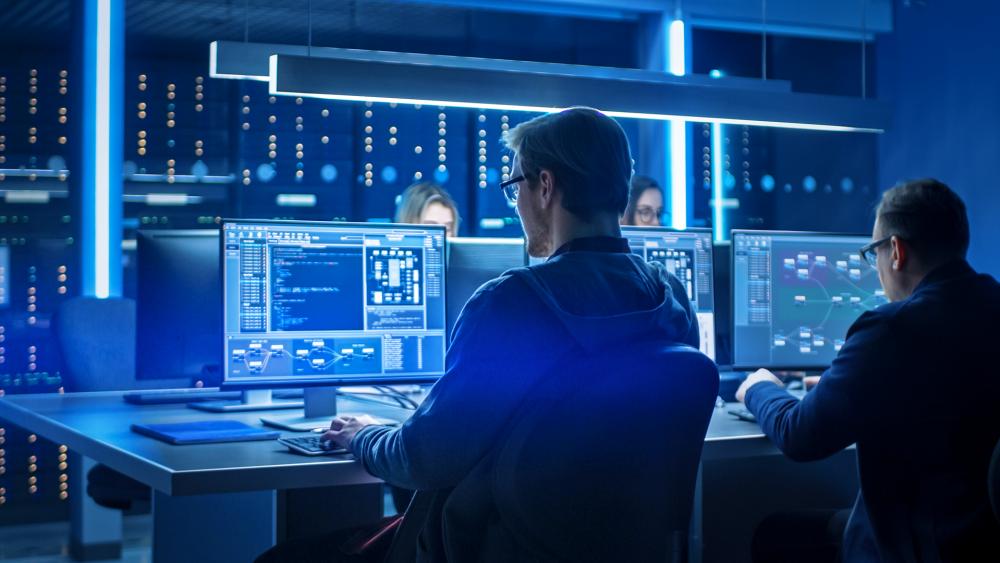 A widespread effort is underway within the Biden administration to create special lists that track federal employees or applicants who seek religious exemptions.

Fifty-five departments and agencies within the Biden administration have created 57 rule changes to track federal employees seeking different types of exemptions, according to the Liberty Counsel Action (LCA).

The government watchdog revealed Thursday that some of the rules apply to COVID-19 vaccine exemptions. Others track all exemptions, such as an employee or applicant seeking accommodation from working on the Sabbath or Sunday. Some even track visitors to their buildings or events.

Even though there are variations between these rules, critics are sounding the alarm because they raise serious concerns about invasive privacy violations by the federal government as it's recording and permanently storing religious and medical data on those seeking exemptions.

The LCA cited these two examples:

The Treasury Department's Office of Civil Rights and Diversity said its database will document all religious exemption requests and denials. It will track and maintain "information about a requestor's religious beliefs" as well as the "informal dispute resolution" of each person. It will also record "correspondence," "supporting notes and documentation" and even "records of oral conversations," on every person who requests an exemption. This database will track and record this level of information for everyone from "pre-employment, during current or former employment or for attendees at a particular event."

In addition, the largest branch in the military, the U.S. Army, is not content to just record the "religious preference" of their employees. The Army is pairing this religious information with biometric data, like fingerprints and digital photographs.

When some of the rules were discovered, Rep. Ralph Norman (R-SC) introduced HR 6502, known as the "Religious Freedom Over Mandates Act," on January 25, 2022. It has been referred to the House Committee on Energy and Commerce. This one-paragraph bill would "prohibit the use of federal funds for any system of records on religious accommodations with respect to any COVID–19 vaccination requirement." However, this list has grown significantly since the bill was introduced, according to the LRC.

As CBN News reported last month, a small obscure federal agency issued a public notice about a new policy indicating the U.S. government is preparing to assemble a database containing the names of Americans who claim a religious objection to taking the COVID-19 vaccine.

The Daily Signal, a news publication of The Heritage Foundation, first reported a new records system was being proposed at the Pretrial Services Agency for the District of Columbia. The PSA states on its website that it is "the Federal agency responsible for gathering information about newly arrested defendants and preparing the recommendations considered by the Court in deciding release options."

The agency announced the creation of a new records system that will store the names and "personal religious information" of all employees who make "religious accommodation requests for religious exception from the federally mandated vaccination requirement."

Parshall Perry and Canaparo noted "as the nation's largest employer, with over four million civilian and military employees, the federal government has received tens of thousands of religious exemption requests. It now appears that an increasing number of federal agencies are keeping and preserving those individuals' names, religious information, personally-identifying information, and other data stored in lists across multiple government agencies."

On January 24, Rep. Ben Cline (R-VA) sent a letter signed by 10 Republican Congressmen to Joe Biden condemning his administration for keeping a list of federal employees who applied for a religious exemption for the COVID-19 shot.

The letter reads, "From day one, your administration has displayed a consistent attitude of contempt towards Americans who prioritize faith in their lives."

The lawmakers wrote, "It has also been discovered that your administration has not limited its executive overreach to the Pretrial Services Agency. Reporting from the Daily Signal has confirmed that at least 19 total federal agencies--including five cabinet-level agencies' have created or have proposed to create tracking lists for religious exemption requests for their employees from the COVID-19 vaccine mandate. A majority of the notices do not explain how long the agency plans to store the data, why the agency needs to share the data between federal agencies, or why the agency needs to keep the data beyond a decision to grant or deny an employee's religious accommodation request. Your administration has offered no valid justification for these intrusive databases that will only be used to target Americans who have refused a COVID-19 vaccine because of their religious convictions."

Liberty Counsel Action Chairman Mat Staver said, “IBM created a database of the Jewish people in Europe. Using this database, Nazis were able to identify the Jews and prohibit them from public and then private employment. This database is what enabled Nazis to round up those targeted for ghettos and concentration camps. The federal government has started its own database on Americans of faith. We cannot allow this to happen. We cannot allow a federal database categorizing people by their religion or medical status. What possible good can be accomplished by these government lists? I cannot think of one.”

Here's the list of departments with rule changes, organized by the date changes were finalized. It also includes two departments that proposed separate changes.