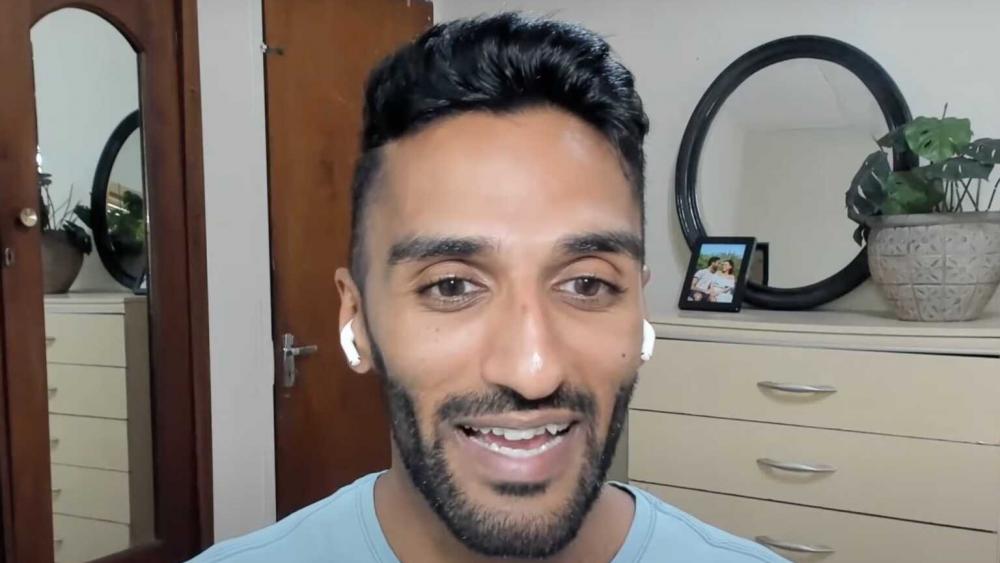 The world’s largest pornography website boasts 130 million visitors every single day. There is no escaping reality: pornography is endemic, and it has only become more viral in the age of COVID-19.

Sathiya Sam, a Christian author who has developed a systematic process to help men overcome pornography addiction, sees a common thread woven through the stories of so many of the people he helps: there is “a demonic component” to pornography consumption.

“The reality is, when you engage in something as toxic as pornography, you’re almost like literally dancing with the devil, like you’re really engaging with something demonic and giving him a foothold,” Sam told CBN’s Faithwire, explaining that, while some men might experience early success in distancing themselves from pornography, many will relapse “because they have not built the spiritual maturity to actually sustain the breakthrough.”

His exposure came in 2001, before high-speed internet and the smartphone revolution that has made pornography exponentially more accessible.

While it was — for a moment — placed in the back of his mind, it wasn’t long before Sam started becoming more curious about sexuality and the opposite sex. As he entered puberty, pornography reared its ugly head once again.

Ironically, it was during his college years, where he was surrounded by intellectualized agnosticism and atheism, that Sam finally encountered Jesus for himself. He was keenly aware then he had a problem with pornography and knew he had to eliminate it from his life — a necessity much easier realized than accomplished.

The process of ridding his life of pornography took about five years.

As with any wrongdoing — and particularly sexual sin — owning up to it is a big hurdle to overcome.

“The thing that we always tell guys is it is better that you confess than get caught,” Sam told Faithwire. “And that is true whether you’re in a marriage or not — in a relationship or not. … It’s better to take that first step to be proactive, to do the hard thing upfront so life can get easier afterward.”

It’s critically important for men and women struggling with using pornography to “find somebody safe” with whom they can disclose their struggles. Aside from a spouse or loved one and an accountability partner, Sam said men fighting pornography addiction shouldn’t feel pressured to share their struggle with everyone, noting that feeling that kind of stress can often lead men to hide their addiction even longer.

He encouraged men to “get professional help” when necessary and seek counsel from other guys who have successfully eliminated pornography from their own lives, mentors who can help chart the course to freedom.

“For me, a huge part of that was learning to engage with God from a relational standpoint,” he explained. “I grew up very religious. I knew how to pray, read my Bible, wake up early [to] spend time with Him. It’s not that I didn’t do those things, but I did them to earn His love. Part of my maturation process was understanding my unconditional acceptance and love in God. I think when I realized that God loves me unconditionally, and I was really able to take that in and let it impact how I view myself, the way I view the world, that’s when my decisions started to change and that’s what actually cultivated the maturity that was necessary to then get some deliverance and get some spiritual breakthrough.”

Sam said he still uses those faith-based practices — fasting, praying, reading Scripture — but now, instead of trying to earn some sort of spiritual capital with God, he does them to “enhance” his relationship with the Lord.

“That’s a huge part of the recovery process,” he continued. “It is learning to redefine yourself and see yourself as someone who is worthy of unconditional love and it’s from that place of spiritual maturity that we can then have the spiritual breakthroughs, the deliverance, and everything else that will come later on.”

What if I relapse?

As with any recovery process, healing from pornography addiction is not a straight vertical incline.

The Lord is continually sanctifying those who are, as the Apostle Paul wrote in 2 Corinthians 5:17, “new creation[s]” in Christ Jesus, making us more like Himself. However, in this presently broken world where sin remains, we hit proverbial rocks and valleys at times. We make mistakes and have to seek God’s guidance to realign ourselves with His ways.

Speaking from past experience, Sam warned against allowing our mess-ups to be the catalyst for our repentance. Instead, he pointed to Romans 2:4, in which Paul explained that it’s God’s “kindness” that ought to lead us to repentance.

“Don’t get so caught up in how terrible you are,” Sam said. “Start to fixate yourself on how good God is because that is the thing that is actually going to draw you into the life that He has called you to lead.”

“Whatever you stare at grows,” he continued. “So if we make a big deal of our mistakes and our sin and how terrible we are, those things become amplified in our lives and they start to cloud us from seeing God as He really is and seeing what He’s offering to us, which, in those moments [of relapse], is mercy to be forgiven, to be pardoned of the dire consequences that come with sexual sin, but secondly, the grace, which is the empowerment to become like Him, to learn from that experience … so that it doesn’t happen again.”

A big part of fighting back after a relapse is finding community, particularly within the church. For so many, though, that has been difficult to acquire.

Recalling the statistics we noted earlier, Sam said he’s interacted with so many men who have been unable to find freedom from sexual sin within their church communities. That, the author said, is often due to the unfortunate reality that many pastors are struggling with pornography use themselves.

“We know that pastors and leaders are shepherds — they’re shepherds of the flocks that God has entrusted them with,” Sam explained. “Their responsibility is to guide their sheep through the different pastures of life, and somewhere in those pastures, there’s a big area called ‘sexual integrity.’ And a lot of shepherds are not able to lead their sheep there, because they do not have access [to it].”

“If leaders don’t get their own lives cleaned up,” he continued, “they will fear bringing in the resources and the people that can actually help their congregation out of fear of being a hypocrite, being found out, losing their job.”

How can I have a healthy view of intimacy?

Pornography not only warps its users’ view of relationships but also severely distorts understanding of intimacy.

Sam defined intimacy as “being seen, known, and understood.” He pointed to Matthew 6, in which it’s written that God already “knows what you need before you ask Him,” explaining that God isn’t looking for cerebral knowledge about us — since He’s already divinely aware — but a heart connection with us.

“He’s looking to understand us better,” Sam said. “That requires us making a conscious choice for God to see us, see us in our brokenness and, of course, see us in our good times as well. It gets cultivated with time. Intimacy is never built overnight; the only kind of intimacy you can experience overnight is a complete counterfeit.”

In true intimacy, which can never be realized through pornography on a computer screen, there is a “beautiful two-way street.”

Sam discusses intimacy — among other things — in great detail in his new book, “The Last Relapse,” which he wrote in hopes of making some of the tools he’s successfully used in his ministry Deep Clean more widely accessible.

To learn more about Sam’s ministry and to order his book, click here.