'It Was…Scary': Heroic Good Samaritan Saw a Home in Flames, Pulled His Car Over, and Rescued the Elderly Woman Inside 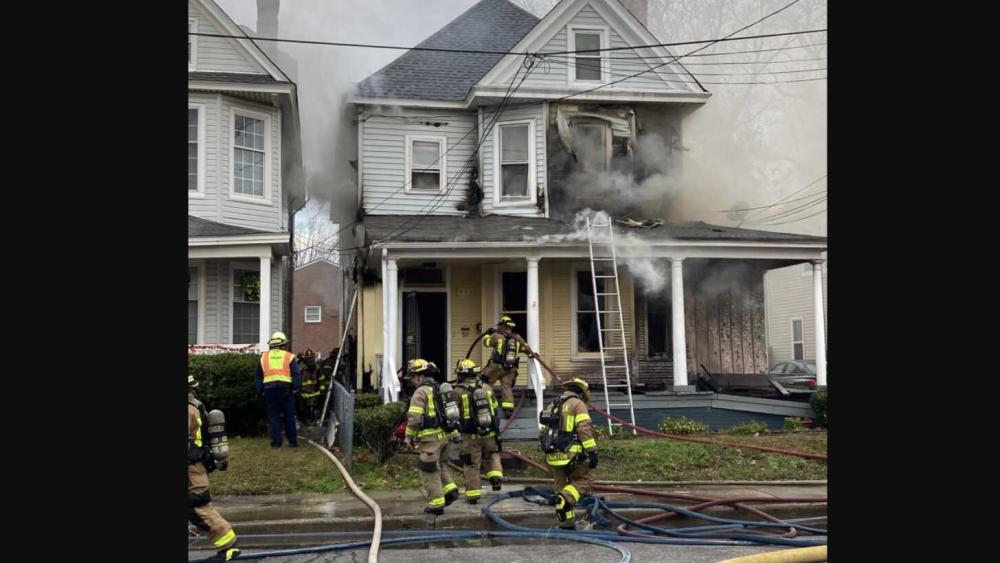 A good Samaritan ran into a burning home in Norfolk, Virginia, on Christmas morning to save the life of an 80-year-old woman who was inside.

The brave rescue reportedly unfolded after the unnamed hero was driving by and noticed flames coming from the home.

Rather than continue driving toward his intended destination, the man jumped out of his car and ran toward the house, WAVY-TV reported.

It was there he encountered Derrick Vaughan, a neighbor who also saw the flames, and went to help. The two men then banged on the door; when no one responded, they went inside and helped bring the elderly woman out.

Vaughan told WAVY-TV the situation was “definitely scary” and that he relied on prayer and adrenaline to push through, as there wasn’t much time to process what was unfolding in real-time.

“I … immediately start praying and just sprung into action. You know, it’s the neighbor. So we wanted to make sure that she was safe,” he said. “It was a little scary and then feeling the adrenaline pushing and pumping real quick.”

Vaughan continued, “I mean it really wasn’t no time to think. I just want to help and that’s what I did.”

Luckily, Willis was ushered to safety, and no one was injured during the ordeal.

The woman’s son, Michael Willis, said he’s grateful his mother is OK, and he’s thankful to the brave men who went inside the home to save her before the fire spun even more out of control.

No one was hurt when this Norfolk home caught fire Christmas morning.

Family says that’s thanks to two good samaritans. @norfolkfireresc was able to keep the three alarm fire from spreading to close by neighboring homes.

“I’m just grateful to the stranger that came by, a good Samaritan,” he told WTKR-TV. “This is what Christmas is all about.”

The identity of the good Samaritan is unknown to Michael Willis, though he has said he wants to thank the man.

“We don’t know who he is, but I hope he’s going to be blessed on the Christmas holiday,” he said.

Willis has, however, had the chance to speak with Vaughan to express gratitude.

The cause of the inferno is reportedly still under investigation, though there have been claims of a gas smell in days leading up to the fire. The home sustained severe damages.