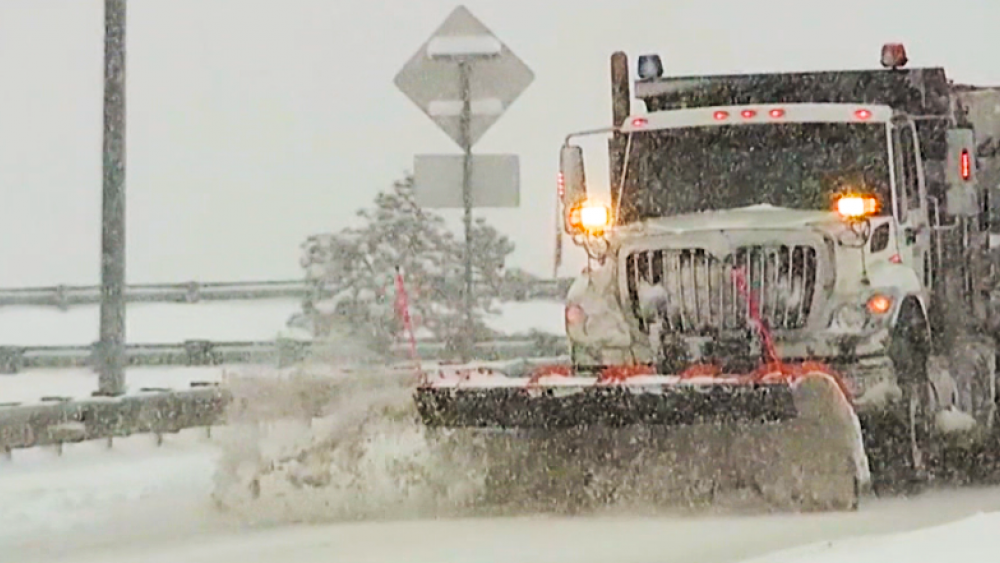 The Eastern Seaboard is bracing for a powerful winter storm that could bring hurricane-force winds, heavy snow, coastal flooding, and widespread power outages to an estimated 75 million people.

Some meteorologists are forecasting this storm could turn into a 'bomb cyclone,' basically a winter hurricane. The cyclone would create perfect winter storm conditions for coastal cities, all the way from Maine to as far south as North Carolina.

The storm will develop off the coast of the Carolinas and kick into high gear Friday night into Saturday morning. Powerful north-eastern winds are expected to leave the heaviest snowfall north of Boston and New England, which could get blanketed with 12 inches – 18 inches of snow.

"I'm excited, it's about time," said one woman doing last-minute shopping before the storm.

Virginia Gov. Glenn Youngkin is urging drivers to stay off the road, issuing a state of emergency in anticipation of the storm.

Winter storm watches are in effect in coastal towns from North Carolina to New England. Some communities are under a blizzard warning. And depending on how far inland the storm tracks, snow could fall as far west as Ohio.

Eastern cities are now scrambling to strengthen road commission infrastructure. Some companies in Massachusetts are offering $300 an hour to some lucky plow drivers.