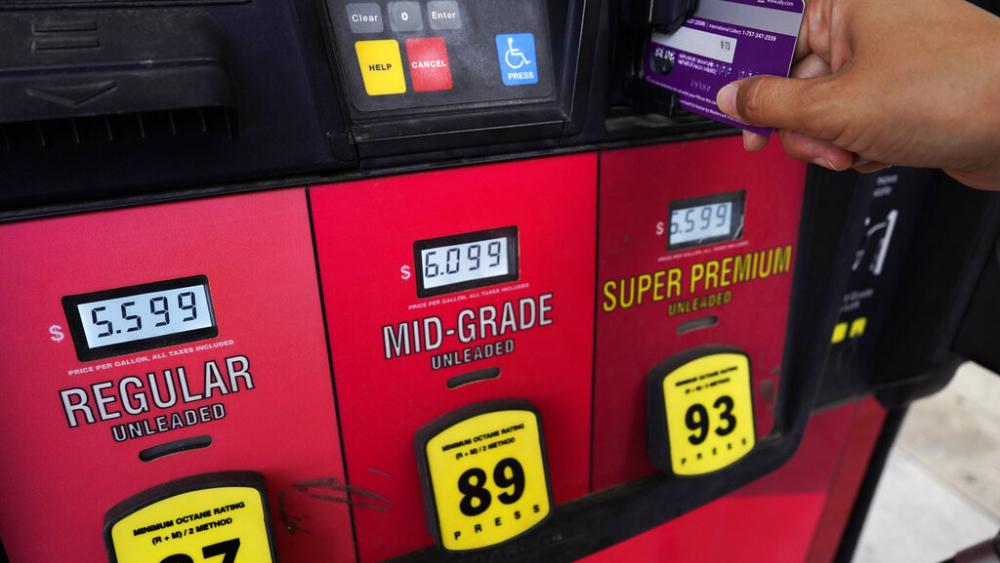 This summer is gearing up to be the most expensive in decades as surging prices and tightening budgets make financial freedom in 2022 more difficult.

"We don't know what to do because the prices are increasing every single day," said one motorist filling up her tank in the West.

In keeping track of your budget, you've no doubt noticed the impact of higher prices. Joel Griffith with the Heritage Foundation says most every sector is up – making summer vacations less viable for families.

"People are feeling these pinches. If you're renting, it's a 25% increase. If you're buying a home, you're seeing a 60-percent increase," Griffith said. "And the official government response is, 'No, you're just seeing a 6% increase year-over-year,' but families realize it's far worse than that."

That reality is spreading as consumer sentiment sits at its lowest point since researchers started tracking that feeling in 1952.

"Regardless of whether we end up in, technically a recession, the bottom line is that for the majority of families, they are receiving a real decline in their standard of living," Griffith said.

"There are three holidays and moments when Americans take to the roads and buy more food than any other time of the year; Christmas, Thanksgiving, and the 4th of July weekend," Luntz said. "The Biden administration is afraid of the political impact so they're downplaying the personal impact. And the truth is they should be candid."

The government's measurement for inflation, the Consumer Price Index, shows average prices rose 8.6% over the last year, a level not seen since the early 80s.

A daily reminder of that pain comes at the pump, with gas roughly $5 per gallon – some states averaging well over that. Griffith worries many families that neglect their budget this summer will dig themselves into debt.

"If you're a family and you add on that travel cost, and that food cost, and lodging too – also, a lot of hotels are up some 20-percent year-over-year, I hope families aren't going to risk going deeper into debt to fund a holiday weekend," said Griffith. "In times of uncertainty, it's important for us to act fiscally responsible."

And when the music and holiday fireworks fade and everyone heads home, many Americans will likely face a harsh reality.

"The typical middle-class family is seeing close to a $3,000 pay cut over the past year or so because inflation is outpacing wage growth," said Griffith. "We're going to see the impact from the massive government spending on the inflation front – we're going to see that for years to come."