DAVID JEREMIAH: Media Saturated? It Might Be Time to Shake the Spheres of Influence in Your Life 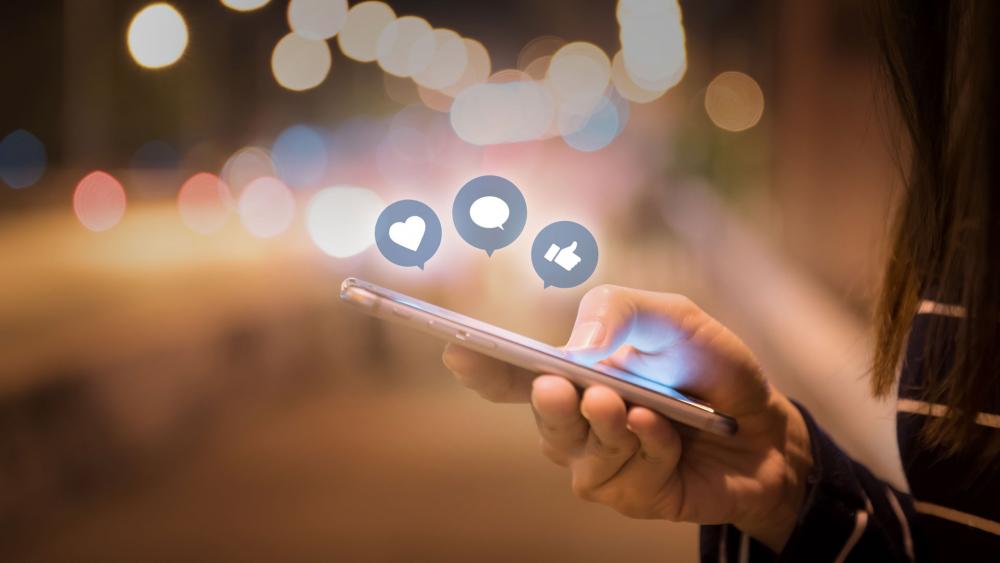 Put on your numbers hat for a moment, and your reality-colored glasses, while we talk about media consumption among American adults. I know—discussing numbers in a printed format can be challenging, so I’ll keep them to a minimum. Besides, you already know what the following numbers are going to reveal. And that’s where the “reality” part comes in: We have invited (mostly) the world’s influences to dominate our day.

Here’s a summary fact: Depending on which research study you read, the average American adult (age 18 and older) spends more than half of each day consuming media—both traditional (TV, radio, print) and digital (websites, streaming, movies, music, and other Internet-delivered sources like tweets, podcasts, and the like).

One study says the number is 13.61 hours. I said “mostly” because some media content consumed by Christians is faith-based—but I suspect, even for Christians, the percent of faith-based media consumed is small compared to secular media.

Let’s break that 13.61 hours-per-day number down. Let’s say we sleep 7 hours per night (fasting from media), that leaves 17 waking hours in the day. Out of those 17 hours, the average American adult spends 13.61 of those waking hours consuming media of some sort. That leaves 3.39 hours per day when we are NOT consuming media. That’s less than half of the 8 hours we spend at work.

Think of how many workplaces and retail establishments today have some sort of media playing—usually music, radio, or television. So even while we work or shop, we’re taking in—consciously or subconsciously—whatever the media is dishing out.

To be honest, I’m not even sure what the average person is doing for the 3.39 hours per day when he or she is NOT consuming media. We usually have media playing while we cook, clean, eat, shower, drive, exercise, and do yard work. I would love to think that the 3.39 no-media hours accounted for every adult’s devotional time with God, but I think that would be a stretch! Even in our devotions, we often are listening to music or audio recordings of Scripture or other devotional material.

But here’s the most sobering part of our daily media consumption: Social media platforms account for the largest share of media consumption. Consider the two largest of those platforms: Facebook and Instagram. In America, users of Facebook spend 58 minutes per day (325 hours per year) on the platform, while users of Instagram spend 53 minutes per day (297 hours per year) viewing its content. And the people and organizations we follow on these platforms influence us more than we might realize.

It is my perception (or at least my hope) that most mature Christians spend less time on these platforms than the average cultural consumer of media. But the truth is, we all spend time with media of some sort every day. In fact, except for personal conversations, prayer, and meditation, there is little that we learn and interact with every day that doesn’t come through media of some sort. (Even the Bible is a form of traditional media—a book).

It’s not a question of being addicted to social or traditional media. It’s a matter of absorbing it all day long without being consciously aware of what we are choosing to receive—and taking steps to retain the good and filter out the bad.

Let me correct something you may be thinking: “Dr. Jeremiah is against media!” No, I am not! The church I pastor and the ministry I lead make use of every available form of media, both traditional and digital, to fulfill the mission of spreading the Gospel and winning people to faith in Jesus Christ. So media is not the issue or the problem.

Those of us who were around when computers started to become common and mainstream remember the acronym used by computer programmers: GIGO, which stands for “Garbage In, Garbage Out.” If a computer fails to perform a specified task, it’s because the software has an error, or “bug.” If you write “garbage” in the software, you’ll get “garbage” in the output.

Let me revise that acronym here to DIDO: Data In, Data Out, so as to avoid labeling all media as “garbage.” Not all media is bad—certainly not! There are many kinds of secular media which are inspiring, informative, educational, and challenging. And hopefully, all biblically-based media produced around the world is the same. So, again, media is not the issue.

The question is this: What kind of media are we taking in every day? How deliberate are we being with the media we consume? And most importantly, how is the media we consume influencing our life on a daily basis? Remember: Data In, Data Out. Over the long run, what we take in is what we live out.

Perhaps it would be helpful to spend a week taking inventory of our own media usage and the kinds of influences we are subjected to. If those media and influences drive us in the direction of Christlikeness and fidelity to the Word of God, keep them coming! But if they create unsettled emotions, thoughts contrary to Scripture, and especially words and behaviors not glorifying to God, then it may be time to pull the plug.

Dr. David Jeremiah is among the best known Christian leaders in the world. He serves as senior pastor of Shadow Mountain Community Church in El Cajon, California and is the founder and host of Turning Point. Turning Point‘s 30-minute radio program is heard on more than 2,200 radio stations daily. A New York Times bestselling author and Gold Medallion winner, he has written more than fifty books.