'In God We Trust': Mr. T Issues Heartfelt Call to Prayer for Unity in America, or 'Divided We Fall!' 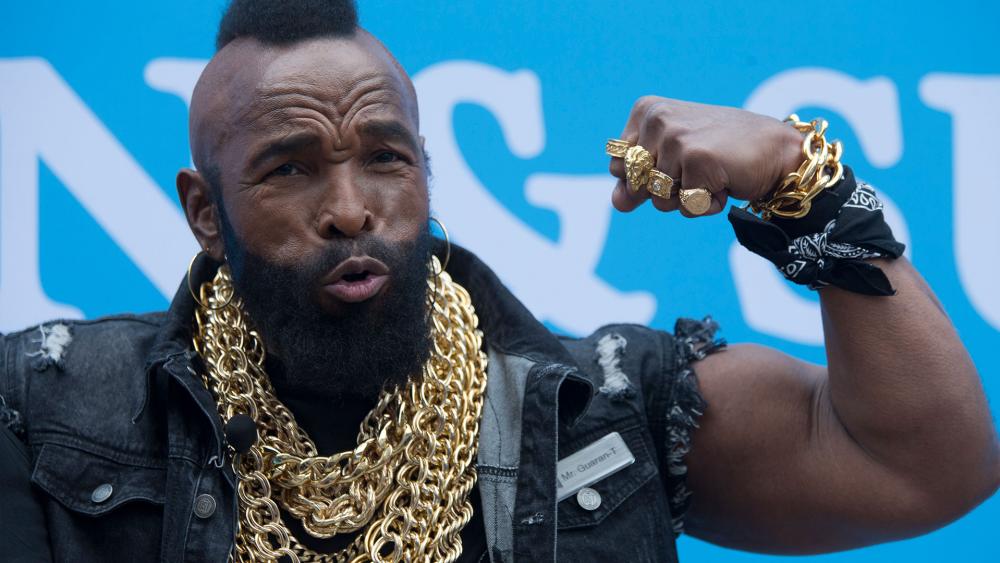 “Happy Birthday America and Happy Independence Day! The Land of the Free and home of the Brave. The Red, the White, and the Blue. In God we Trust!” he wrote on Twitter.

Happy Birthday America and Happy Independence Day! The Land of the Free and home of the Brave.. The Red, the White, and the Blue.. In God we Trust! #Happy4thofJuly

Mr. T, whose birth name is Lawrence Tureaud, added, “We the people; together we stand, divided we fall! Black and white together, we shall overcome some day! The Nation that prays together, stays together!”

The performer also sent a third tweet expressing his love for the U.S. and his gratitude for being an American citizen.

We the people; together we stand, divided we fall! Black and white together, we shall overcome some day! The Nation that prays together, stays together!

Mr. T’s social media praise for America came at the same time other celebrities took aim at America and their perceived loss of rights following the U.S. Supreme Court’s overturning of Roe v. Wade, the landmark 1973 decision that legalized abortion across the nation.

From actors and singers to TV hosts and commentators, some celebrities issued harsh rebukes.

Pop star Katy Perry, who famously grew up in a Christian home before entering the secular music arena, charged in a Twitter post that women in America “have fewer rights than an actual sparkler,” referencing her song “Firework” in the message.

Other celebrities joined in with similar messages.

Singer and actress Bette Midler shared a meme proclaiming Independence Day has been canceled due to a purported lack of women’s rights.

“[Fourth] of July has been canceled due to a shortage of Independence. Sincerely, Women,” the image read.

“Not much to celebrate this 4th, I’m afraid. Let’s just hope everyone can keep safe and peaceful today and that soon our nation veers away from this precipice,” she tweeted. “No matter what, we’ll keep fighting for the day where all humans have the same rights, at least of their own person and body, have privacy to make their own choices and to love whom they love and live in peace.”

She then shared the photo of a red, white, and blue cake that included the words, “Separate church and state.”

These reactions, which are tied to the overturning of Roe, were certainly balanced quite fervently by millions of Americans — like Mr. T — who shared favorable statements of hope and gratitude in honor of the nation and to pay homage to the sacrifices so many have made to protect and serve the U.S.