'Seconds Mattered': Cop 'Bursts Into Action' to Save Lives After SUV Crashes Into Olive Garden, Bursts Into Flames 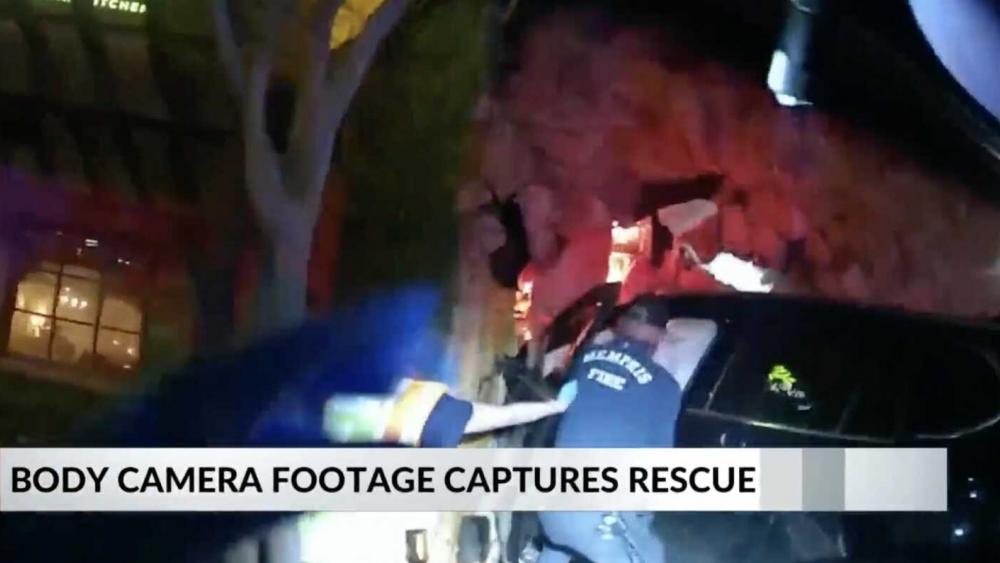 A newly released video from a 2021 crash shows rescue workers in a race against time to try and free two people from a burning vehicle after it crashed into an Olive Garden in Memphis, Tennessee.

As one WREG-TV anchor proclaimed, the April 4, 2021, incident was a dire, potentially disastrous situation in which “seconds mattered.”

Officer Justin Knox was the first cop on the scene, with his bodycam footage capturing the moments before, during, and after the dangerous rescue.

The situation could have been much worse had the SUV made its way inside the dining room — but, fortunately, a refrigerator inside the building stopped the vehicle’s progression.

“He crashed into the refrigerator — that’s what made his car burst into flames,” Knox said of the driver, who was allegedly under the influence when the accident unfolded. “The refrigerator stopped him from going completely into the building.”

Watch scenes from the nail-biting accident:

The cop didn’t have much time to think about what was unfolding after arriving at the scene. The car was on fire, and the driver and passenger were trapped.

“In those moments, you don’t have time to think, you just have to burst into action,” Knox told WREG-TV. “I was truly thankful the car didn’t burst into complete flames. That’s typically what happens.”

Knox, new to policing, heroically saved the individuals’ lives. He said that night has remained with him as he navigates his newfound career — a job in which he helps save lives.

“It’s a calling,” the rookie cop said. “It’s truly a calling to represent this city to go out and risk my life for other people’s lives.”

Read more about the incident here.