'Hero of the Day': 17-Year-Old Teen Dives Into Long Island Bay and Pulls Driver Out of Sinking Car 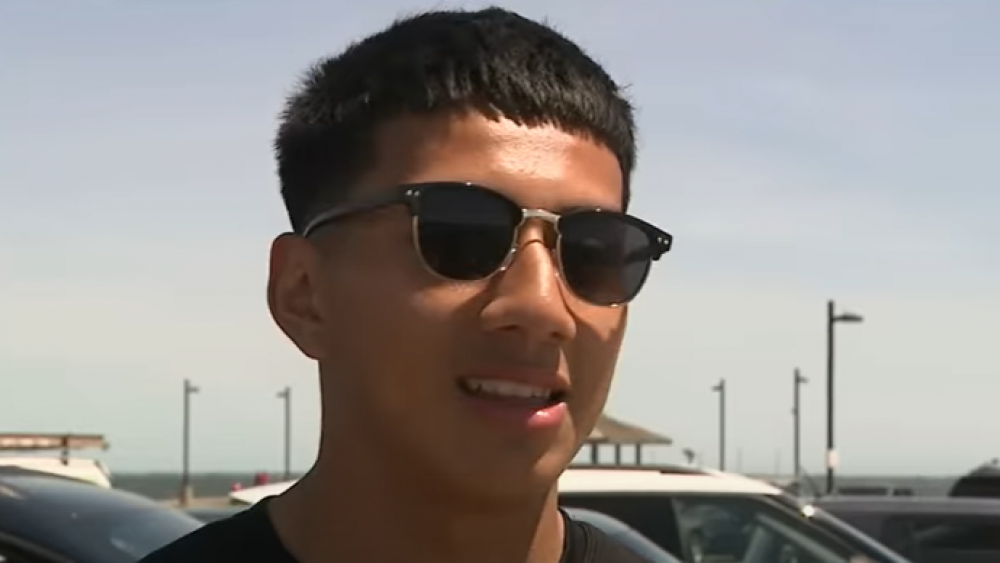 One Long Island teen is being recognized for his heroic efforts to save someone in desperate need of help.

When Anthony Zhongor, 17, heard a car drive into the Patchogue Bay last Tuesday, he immediately ran over to see what was going on.

"I just hear a huge splash and everyone running toward the dock," Zhongor said.

The teen said he realized someone was trapped inside a sinking car and the driver appeared to be frightened, CBS News reports.

"That's what really made me jump in the water because she was banging on (the) door, trying to break it. So I just jumped in," Zhongor recalled.

"Dying while suffocating is one of my worst fears, so I couldn't imagine anyone going through that right in front of me," he added. "I feel like anyone would make that decision."

The driver, 18-year-old Mia Samolinski, accidentally stepped on the gas pedal instead of the brake.

"My weight made the nose of the car go deeper into the water, which helped the back get free," Zhongor said. "And we opened the backup, and she was able to escape through the back."

He added, "She just came up to me and said, 'Oh my God, thank you' and was crying. It doesn't matter who it was, they were suffering. I couldn't watch anybody suffer in front of me."

Mia's father, Charles Samolinski told WNYW News that if it wasn't for Zhongor's bravery, she wouldn't be here today.

The day after the accident, Samolinski went to the same dock to meet and thank Zhongor for saving his daughter's life.

"The reason I'm here is because he's really the hero of the day," he told Zhongor.

Mia's father said he is grateful because the accident could have been much worse.

"I wasn't sitting in the ER or morgue," Samolinski pointed out. "She's here."

The teenagers went to the same high school and live less than a mile away from each other, yet, they never met until that night.

According to Suffolk County Police, both teens walked away from the accident without any injuries.