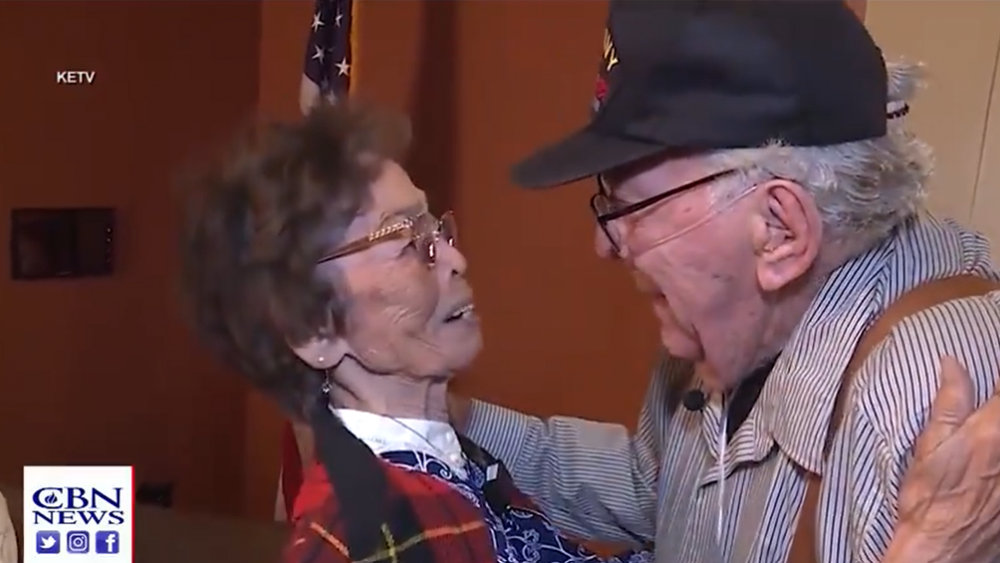 A story about hope and determination is capturing the hearts of people around the world with one man searching for 70 years to find his long-lost love.

Korean War veteran Duane Mann fell in love with Peggy Yamaguchi when he was stationed in Japan in 1954, KETV News reports.

When he got orders to return to the states, Mann promised to send for Yamaguchi who was pregnant at the time.

But when he got home, Mann found out that his father had spent all of his savings. To make matters worse, he thought Yamaguchi did not write to him. Mann later learned that his mother had burned the letters because she did not want her son to marry a Japanese woman.

Mann did receive one letter from Yamaguchi, explaining that she had lost their baby and married another man.

"This girl thinks I abandoned her," he told KETV. "That's really the crux of why I'm here."

Even though both of them had moved on with their lives, Mann never lost hope in finding Yamaguchi. So, he embarked on a decades-long journey to find her and explain what really happened.

Articles were published in newspapers over the years and Mann moved his search online.

"I prayed that I would be able to do that face on face," the 91-year-old said.

"We owe it to them to see if this is truly the Peggy that my dad is looking for," he said.

Mann, who lives in Iowa, had been searching for Yamaguchi in Japan but it turned out, she lives just a few states away from him. In fact, Yamaguchi and her husband, whom she married in 1955, live in Michigan.

A newspaper article from 1956 is what helped Yamaguchi. A woman in Vancouver, Canada saw the original story online, found the article, and wanted to help make the reunion become a reality.

"I feel like it cut me right to my soul," said Theresa Wong, a researcher for the History Channel.

She located the old article with the headline, "Tokyo Bride Makes Life in Escanaba" and found Yamaguchi's address.

"I cannot imagine carrying around that heartbreak for 70 years," Wong said. "I really hope this is just that opportunity to get closure and a release of all those years of worrying about it."

The couple recently reunited at the Island Resort and Casino in Harris, MI. They hugged, laughed, and got reacquainted.

"I was shocked. I was shocked," said Yamaguchi after hearing that Mann had been searching for so long.

"I'm here to tell you that I didn't abandon you at all. I just couldn't find you," Mann told Yamaguchi.

"Thank you for remembering and sav[ing] all the pictures, you must have loved me," she said to Mann.