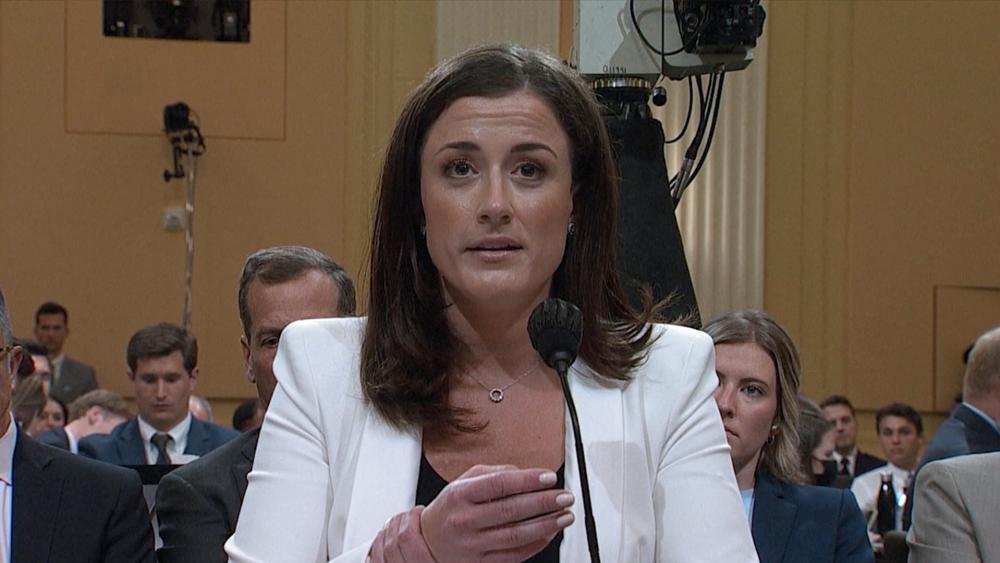 In sworn testimony before the January 6th House Select Committee, Cassidy Hutchinson, a former aide to then-White House Chief of Staff Mark Meadows, contended that former President Trump had no issues with his supporters marching to the Capitol with weapons.

Hutchinson said she heard the former president tell security officers at the rally to allow armed supporters past checkpoints to make for a larger crowd.

"I was in the vicinity of a conversation where I overheard the president say something to the effect of, 'You know, I don't effing care that they have weapons. They're not here to hurt me. Take the effing mags away,'" Hutchinson said.

The committee played police radio traffic from that morning backing up the reports of armed protestors, some of whom were reportedly perched in trees.

The former aide also said she was told that Trump was angry when Secret Service agents told him they were not going to drive him to the Capitol and that things got physical when he attempted to take the wheel and drive himself.

When a witness in court claims to have secondhand information from another source, it is defined as "hearsay" and is inadmissible as evidence, but the January 6 committee allowed Hutchinson's comments anyway.

Trump took to his Truth Social platform to dispute the claims.

"Never complained about the crowd, it was massive," he wrote in one post. "I didn't want or request that we make room for people with guns to watch my speech. Who would ever want that? Not me!"

He also debunked Hutchinson's account of him lunging for the steering wheel.

"Her fake story that I tried to grab the steering wheel of the White House limousine in order to steer it to the Capitol building is 'sick' and fraudulent... I hardly knew who she was," said Trump.

Multiple media outlets report that the Secret Service is ready to dispute Hutchinson's claims of the former president grabbing the wheel and assaulting an agent.

Anthony Guglielmi, Chief of Communications for the Secret Service, tweeted a statement Tuesday which reads, "The United States Secret Service has been cooperating with the Select Committee since its inception in spring 2021, and will continue to do so, including by responding on the record to the Committee regarding the new allegations surfaced in today's testimony."

Below is our statement on today's January 6th Select Committee hearing. pic.twitter.com/VrhPRzYuSt

The committee's star witness also highlighted that White House counsel Pat Cipollone tried to get Meadows to encourage Trump to call off protestors over threats toward Vice President Mike Pence.