'Basketball Wasn't Worth It': Former UNC Player Chose to Leave Team Rather Than Compromise Her Faith 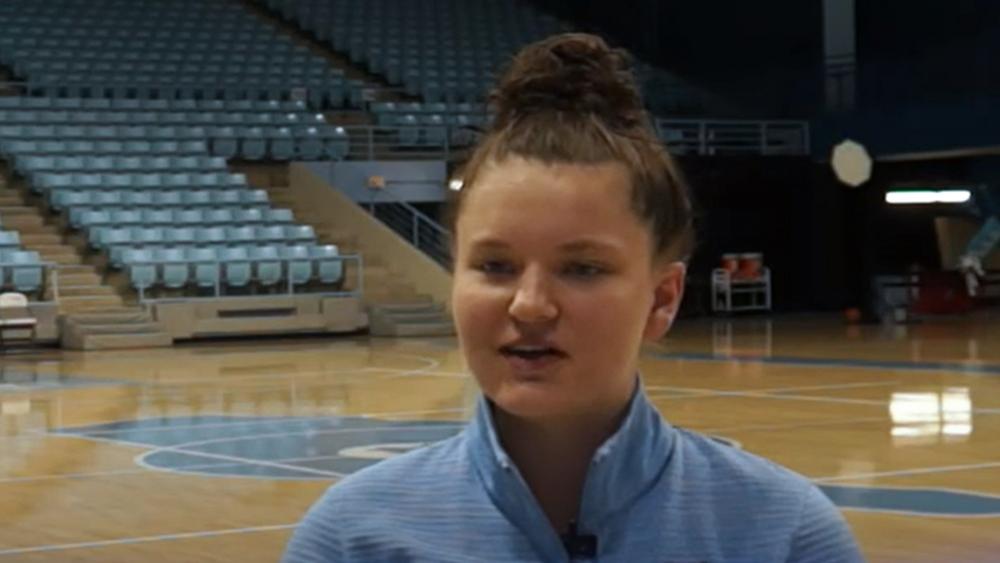 One former University of North Carolina (UNC) student is sharing her story about choosing faith over her dream of playing college basketball.

Leah Church has been a UNC fan for most of her life. As a child, she attended basketball camps at the college and eventually received a full scholarship to play on the women's team.

"When I got to step onto the court, it was everything I'd ever dreamed of," she told The Gospel Coalition (TGC) during a recent interview.

Church explained that her first two years of college were great while she played guard and excelled in her classes. At the end of her sophomore year, UNC's head coach Sylvia Hatchell retired and the environment quickly changed.

"The first month or two with the new coaching staff were fine, but as time went on things became more difficult," Church explained. "I started seeing that there were expectations for me to participate in the party lifestyle and condone things that didn't line up with my biblical beliefs. I choose not to drink, and I'm choosing to save myself for marriage. I said "no" to a lot of things, which made team bonding challenging."

Church told TGC there was one other team player who was a Christian. However, she left the team after the new coaches arrived. She felt isolated from others because she was the only believer.

"It was super lonely. I felt like sometimes I was singled out for my beliefs, which led to degradation. Midway through junior year, I started thinking, 'I'm going to have to get out of this. I am miserable.' It absolutely killed me when basketball started no longer being fun or enjoyable. It was crushing," Church said.

Her mother pointed out, "Light and darkness don't mix. It's not you they dislike, but Christ in you."

Church said she made the decision to quit after her coach announced the social causes the team would be sponsoring.

"When the coach came out with the list of causes the team would be supporting, I knew I wasn't going to be able to compromise and go against biblical principles," she pointed out. "I decided, in light of eternity, that basketball wasn't worth it."

In June 2020, Church posted a message on Twitter that she was grateful for all the opportunities God had provided, but it was time to move on from UNC.

Church said she prayed with her parents about the decision and found peace in several passages in the Bible.

"I kept coming back to James 1:12, Blessed is the man who remains steadfast under trial and Jeremiah 29:11, For I know the plans I have for you. You may think in the moment, 'Why am I giving up my senior season?' But if you really trust His sovereignty and plans, you have to go to the end of the verse, where it says His plans are to give you hope and a future."

She continued, "Life's not supposed to be easy for Christians. For me, it helped to think about eternity. And through this, I've had the opportunity to share my faith at churches and with teams. I've been able to use this to encourage others to stand firm because, in the end, that's what matters."

Church finished college online from home in 2020. She even graduated early with a Bachelor's degree in exercise and sports science.

She is a high school basketball assistant coach and trainer in Wilkesboro, N.C. Church also helps her father with the Christian music festival, Faithfest.

Her advice to others facing a similar pressure is to stay "grounded in your faith."

"It helps to purpose in your heart that you'll be willing to stand when the going gets tough because pressures are going to come," Church said. "Before you go in, decide what matters, which is the Word and your witness."

Church's boldness to stand up for her beliefs is encouraging and inspirational. Her story even caught the attention of Evangelist Franklin Graham who shared her testimony on Facebook last week.

"I like people who've got guts for Jesus, people who will stand boldly like Daniel," Graham wrote. "Leah Church is one of those people. She had always dreamed about playing basketball for UNC, but gave it up to stand for her biblical beliefs."