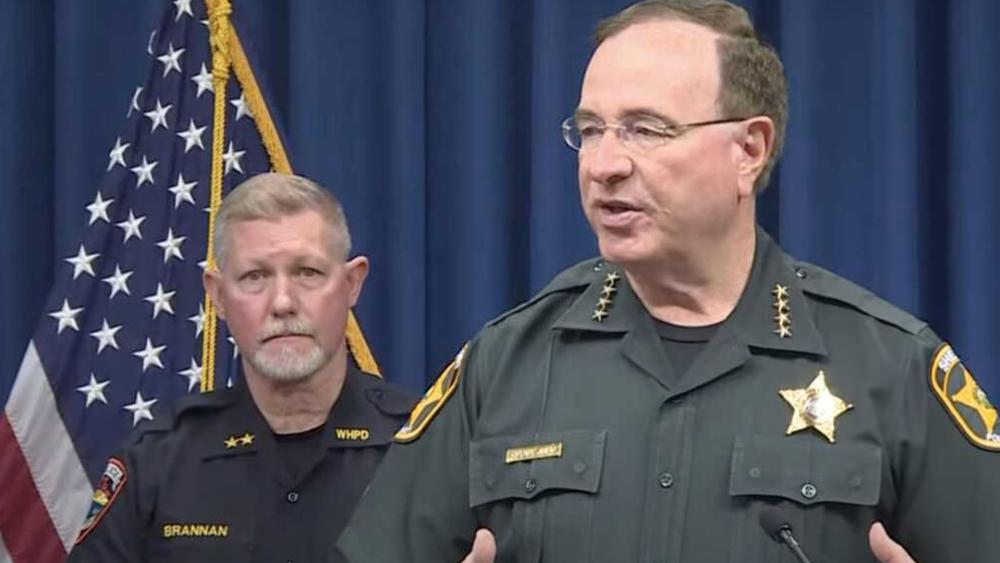 Four Disney employees — along with a retired judge — were among the more than 100 people arrested in a recent sex trafficking sting, according to Florida police.

“We protected some little girl someplace that was groomed or potentially groomed by these evil, deviant criminals — thugs, that’s all they are,” Polk County Sheriff Grady Judd said of the four suspects, according to CBS News. “They’re dangerous people.”

One of the suspected criminals, 27-year-old Xavier Jackson, worked as a lifeguard at Walt Disney World’s Polynesian Village Resort in Lake Buena Vista. The sheriff said Jackson sent inappropriate messages and photos of himself to an undercover detective he believed was a 14-year-old girl.

The ex-lifeguard has been charged with three counts of transmitting harmful material to a minor and one count of unlawful communication.

Judd identified the other three Disney staffers as 24-year-old Wilkason Fidele, who worked at the Cosmic Restaurant in Walt Disney World’s Tomorrowland for four years; 27-year-old Shubham Malave, who is on a visa citizenship from India and worked for Disney as a software developer; and 45-year-old Ralph Leese, who worked in Disney IT for four years. They were each attempting to solicit prostitutes.

Leese, Judd said, is married. “So I’m sure Disney’s not pleased,” he added. “I bet his wife’s not pleased, but we’re pleased that we arrested him.”

The Walt Disney Company confirmed in a statement to CBS News that Leese, Fidele, and Jackson have been placed on unpaid leave following news of their respective arrests. Malave, the company noted, is not employed by Disney.

Investigators also arrested a former Florida judge, 66-year-old Daniel Peters, along with a man who worked at an Orlando-based amusement park called The Fun Spot. Both men, police said, were seeking prostitutes.

Judd said the judge has sought an attorney. “Well judge, you need an attorney,” he said. “You got problems.”

James Compton of Kissimmee was among those arrested by police. He reportedly told detectives he was married with eight children, one of whom he left at a soccer game to meet up with a prostitute, according to the Orlando Sentinel.

While this operation, dubbed “Operation March Sadness 2,” has concluded, the sheriff made clear he has no plans of stopping his work to pull suspected sex criminals off the streets.

“What amazes me is we could do another operation starting next week and fill this board up again,” he told reporters. “And be sure of one thing: These chiefs and I will do just that. We’ll be back and if you violate the law, we’re going to take you to jail. That’s a guarantee.”

In total, law enforcement officers arrested 108 people during the six-day undercover human trafficking sting. Alleged child sexual predators and those seeking prostitutes made up the majority of the arrests.

“The arrests of a human trafficker and four child predators alone makes this whole operation worthwhile,” said Judd. “Where there is prostitution, there is exploitation, disease, dysfunction, and broken families.”

Please be in prayer for all those impacted by this operation.