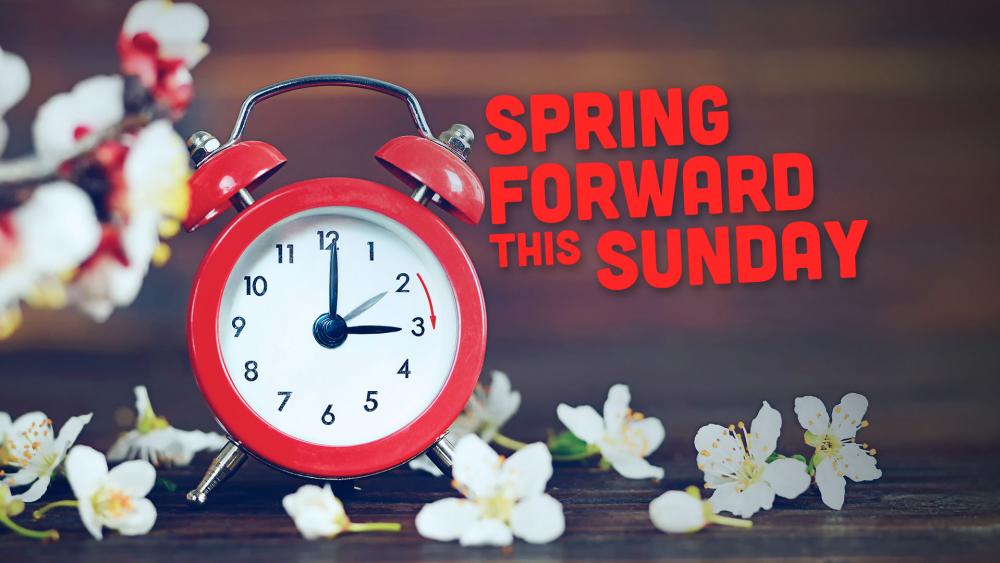 Time is not on your side this weekend.

It's that time of year when Americans are forced to abide by the adage to spring forward (though it's not yet spring). The shift from standard to Daylight Saving Time comes at 2:00 am local time Sunday across most of the United States.

One less hour (of sleep) isn't the end of the world, but you may be a bit sleepier Sunday morning, and that can have an effect on church attendance.

Although digital clocks, including your phone, should automatically reset, other clocks like in bedside alarms, should be reset one hour ahead before going to bed Saturday night.

Be sure to get enough rest and take care of your health during this transition. It might not seem like a big deal to some people, but our bodies don't like it. In fact, a number of studies show the incidence of heart attacks, strokes, and car crashes are all significantly higher in the annual wake of the Daylight Saving Time change - presumably from lack of sleep and the stress resulting from it.

Research out of The University of Michigan a few years ago revealed a 24-percent increase in the number of heart attacks striking people the Monday after Daylight Saving Time.

Daylight will begin to last longer into the evening but the sun will take an hour longer to emerge in the morning.

There's no time change in certain parts of the U.S. that are already compared with paradise for other reasons: Hawaii, most of Arizona, Puerto Rico, the Virgin Islands, American Samoa, Guam, and the Northern Marianas.

A poll conducted last October shows that most Americans are sick and tired of switching clocks and schedules back and forth every spring and fall. But they're divided about how to fix it. The Associated Press-NORC Center for Public Affairs Research poll shows 43 percent would like to see standard time permanently in place, while 32 percent say they would prefer that daylight saving time be used all year.

In recent years, 15 states have enacted legislation or passed a resolution to provide for year-round daylight saving time, if Congress were to allow such a change. Full-time Daylight Saving Time (DST) is not currently allowed by federal law and would require an act of Congress to make a change, according to the National Conference of State Legislatures.