'It Is Truly a Miracle': Church Points to Divine Protection After Car Crashes Into Sanctuary, Ends at Pulpit 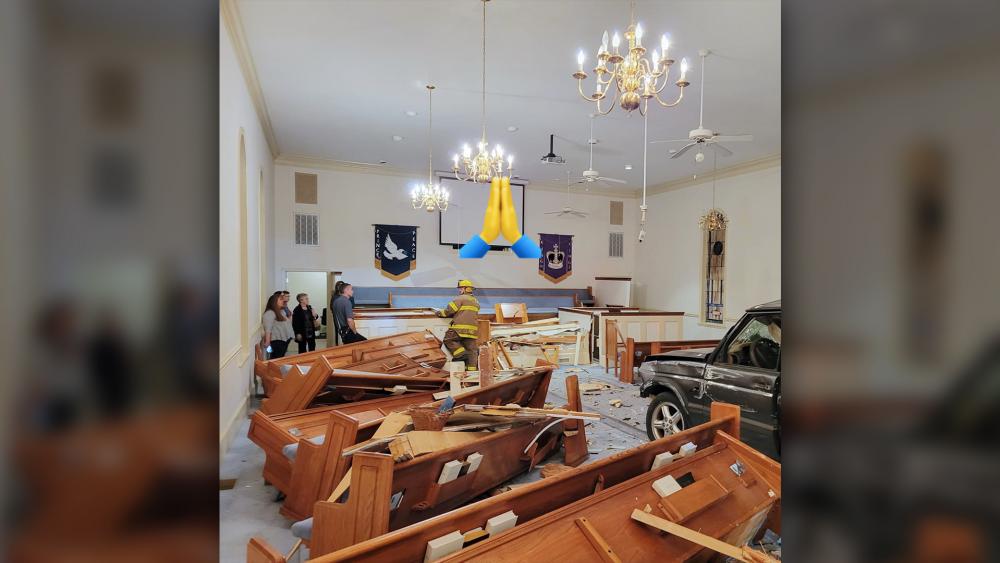 Church members in Supply, North Carolina say they have experienced a miracle after a car crashed in the middle of the sanctuary just minutes before a worship service.

Last Wednesday, an SUV was hit by another vehicle outside of Mt. Pisgah Baptist Church 30 minutes before a prayer meeting.

According to WECT-TV, the SUV went off the road, burst through the front doors of the church, and came to a stop at the pulpit.

Rev. Jessie Mooney Jr. told the news outlet it was a godsend no one was sitting in the church yet at the time of the crash.

"I was running a little bit late getting here or I would've been here," he said. "If it would have been 20 or 30 minutes later that would've been several people on that side of the church that was torn up so bad. Some of our older people usually get here early, so it happened that no one was here."

The driver of the SUV only suffered minor injuries. According to authorities, her vehicle stopped inches from the cinder block wall and she was able to walk out of the church.

"It is truly a miracle no one was killed or injured," the church wrote on Facebook.

The church will not hold services until the damage is repaired, but Rev. Mooney says he is counting his blessings.

"The Lord watched after us, he's good to us. I told people last night as heartbroken as we are about the damage to the facility, we can thank the Lord that no one was hurt," said Mooney. "Romans 8:28 is very real: 'All things work together for good to them that love God, to them who are the called according to his purpose.'"