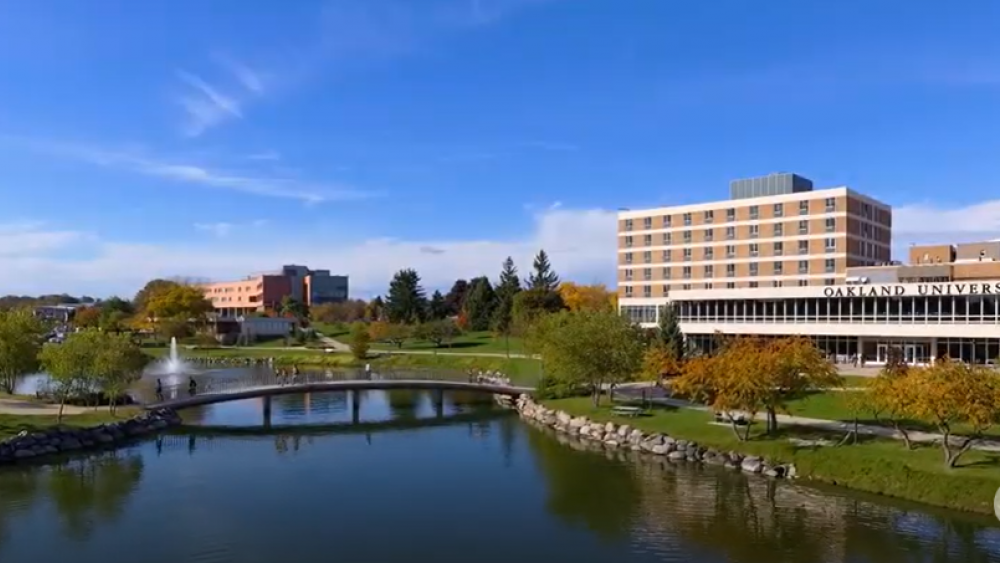 A Michigan university accused one of its students of breaching the school's code of conduct because she talked about receiving a religious exemption for the COVID-19 vaccine requirement on Facebook.

According to lawyers with First Liberty Institute, Inara Ramazanova was evicted from campus housing and a disciplinary record was placed in her student file at Oakland University (OU).

First Liberty sent a letter to OU on Thursday, demanding that it remove the disciplinary mark from Ramazanova's student file and issue her a written apology.

"Punishing a student for exercising their free speech is not only illegal, it's outrageous.  Kicking them out of their housing and damaging their future pursuits is punitive and vindictive," said Justin Butterfield, Deputy General Counsel at First Liberty Institute. "The university violated Inara's Constitutional rights and the Fair Housing Act. They owe her an apology and a clean academic record."

The letter sent to OU reveals that Ramazanova's parents denied vaccines for their daughter in 2021 based on their religious beliefs. The family immigrated to the U.S. from Russia 13 years ago, the letter states.

The family had never been required to explain their religious objections to vaccination in writing before. Yet, it was required of Ramazanova after she requested an exemption from the university.

The student then began to research how to best create a written request, which led her to join a private Facebook group about religious accommodations for COVID vaccines.

OU granted Ramazanova her accommodation which secured her spot in on-campus housing for the coming semester.

She shared her request and her granted exemption with the Facebook group, thinking it could benefit others going through a similar situation.

After the university found out what Ramazanova had done, she was told to either confess to "collusion or conspiracy" or attend a hearing before the University Conduct Committee, according to First Liberty.

Attorneys said the committee's decision to charge Ramazanova with violating school conduct policies prevented her from using a housing scholarship. That resulted in Ramazanova having to return home and become a full-time online student.

Even though Ramazanova graduated five months early in December, the disciplinary record will stay in her file until 2028.

"OU's disciplining and evicting Ms. Ramazanova because she shared about her religious convictions regarding vaccination and about how she sought and received a religious accommodation from OU - all in an effort to more effectively exercise her civil rights and aid others in doing the same - violated Mr. Ramazanova's rights under the First Amendment to the U.S. Constitution," First Liberty wrote in the letter.

The law firm added that the First Amendment, "protects free speech and religious exercise, and the federal Fair Housing Act, which prohibits both religious discrimination in housing and taking actions against a person for aiding others in having their religious rights in housing respected."