'Dancing With the Devil': She Fled Evil and the Occult After a Truly Terrifying Experience 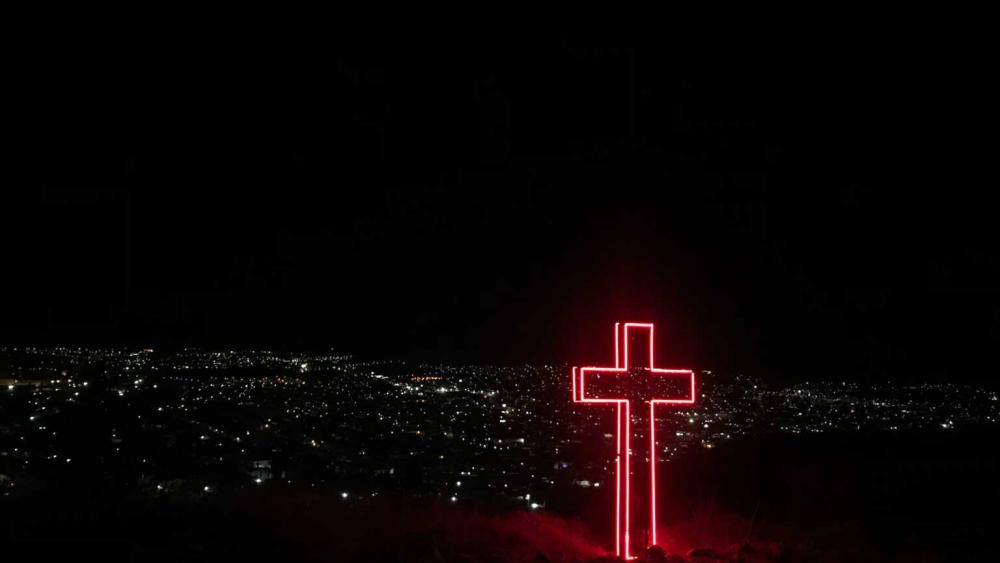 “I started to get night terrors … and just really get haunted in my dreams, just really evil things,” she said. “And then I started to see things. … I would see people. I remember … I vividly saw a man … looking into our window.”

Law, author of “What Is Happening to Me?: How to Defeat Your Unseen Enemy,” recalled being paralyzed and starting to scream at the man’s presence.

But when her mom hurriedly came into the room, no one was standing at the window. These moments persisted and became increasingly alarming, with Law soon facing other spiritual taunts.

“I would wake up in the middle of the night and … feel bugs crawling all over my body,” she said.

Listen to Law break down her chaotic childhood and her escape from the occult:

When her parents came into the room, they would find nothing visibly afflicting her. The indelible impact was undeniable, even as she retold the story decades later. These moments left her parents perplexed — and worried.

“I remember the look on my father’s face. He was just like, ‘What is going on with my daughter?’” Law recalled.

And that’s when she said her mother, whose family practiced Santería — an occultic religion that involves divination, sacrifice, mediumship, and communication with spirits — took her to the family’s high priestess to get answers.

“It’s spiritism. … You can conjure spirits and communicate with dead spirits,” Law explained. “I’ve seen my relatives send curses to people and things of that sort.”

She continued, “They do animal sacrificing.”

Despite her maternal family’s attachment to Catholicism, spiritism was the religion of choice. At the time, her mother sought the priestess because she didn’t know what else to do. Rather than offer advice for healing, the priestess said Law’s “awakening had come.”

“In her mind, it was her spirits letting her know that I was being chosen by the spirits, and I was given visions and insight into the spiritual realm,” Law said. “So, that kind of lasted my entire youth until I broke away from it.”

But before Law separated from these faith practices, she was encouraged to embark on a decisive journey into the occult. When it was believed her “awakening” had come between the ages of 6 and 8, she was scheduled for a ritual that would welcome her into the family religion.

“I was asked to … go to the bathroom, strip off my clothes and come out, and thank God it was just the high priestess and my mother in attendance,” she said. “But all the lights in the house were off, candles were lit, and I was asked to step into a tub … and I was definitely freaked out.”

The priestess began cracking things like coconuts and fruit over her head, putting alcohol on her body, blowing smoke on her, and chanting. The ritualistic elements meant nothing to Law at the time; she didn’t understand them.

Even afterward, she said her religious actions were more rooted in living out rituals than in any authentic belief in these occultic practices.

“By the grace of God … I would repeat things that I was told to say in a ritualistic form, but I never really did put faith in it,” she said.

Over the years, Law saw people speaking in “strange tongues,” witnessed their eyes rolling back, and other such effects she now believes was evidence of possession. She called these experiences “really creepy” and described one especially uncomfortable moment when the priestess said it was time for Law to take on one of these spirits.

“I think I was about 12 years old, and … we were celebrating a wedding of one of the people that practiced the religion,” she said. “We’re celebrating the wedding [and] it’s a full-on feast to their spirits to the dead, and I guess the high priestess thought my time had come for me now to be filled with one of those spirits.”

Law recalled being pulled into a circle as those around her began chanting to try and push her to “receive a dead spirit.” The scene suddenly became too cacophonic and overwhelming for Law, who shrieked and fled the room.

“I was very uncomfortable … I started to feel this wrestling in my soul,” she said. “And all of a sudden, it got to the point where I couldn’t take it, and I yelled, ‘Get away from me!’ And I ran out of the house.”

She called the experience “bizarre” and now believes her reaction was the Holy Spirit protecting her. Years later, Law became a Christian after a successful pop music career and experienced true spiritual healing. She now speaks out about these spiritual experiences.

“For some reason, the Lord preserved my spirit that I could never fully take on this demonic stuff,” she said.

Law also made another critical point about evil and how it manifests, noting how some Christians might see evil as something being willingly sought after. These individuals strictly imagine people intentionally engaging with Satanism or willfully seeking the help of demonic entities.

But this limited perspective, Law says, can be damaging, as evil sometimes emerges covertly, with those who stumble upon it or find themselves enveloped by its grip discovering it by accident.

Well-meaning people seeking spiritualism in the wrong places can often end up in Law’s predicament. She said her family believed the spirits they engaged with would help them. Rather than entertaining evil, they assumed these practices yielded some form of good.

“So never once are they like, ‘We’re dancing with the devil, and we’ve agreed to it, and we’re asking him to help us,’” she said. “It’s not really viewed as that and out of ignorance, really.”

Law also explained why so many people are taken with occult practices, noting they often find validity in an experience that can yield results. The problem? The Bible specifically and distinctly warns against these tactics and effects, imploring Christians to avoid divination (foretelling the future) and necromancy (trying to communicate with the dead and the spiritual realm).

“The Bible says that the enemy, he’ll come with the truth, but he’ll he’ll insert the lie, and that’s really what it was,” she said. “So you go to a psychic, or you go to someone who operates in these practices, and they’ll tell you stuff that’s like, ‘Oh, how did you know that?’”

Law continued, “So that’s what happens. People just naively start to get faith in these things because of that.”

Now a Christian, Law often speaks about these issues and denotes the importance of following the “spirit of the living God, the Holy Spirit.”

“When you’re dabbling in the occult, you are conjuring, you’re awakening, you’re calling forth these spirits in the spiritual realm,” she said. “And it’s the minions of the enemy of the devil.”

Law explains her experience in her book “What Is Happening to Me?” She also runs a Christian ministry alongside her husband called Most High King Ministries. Listen to her full interview here.