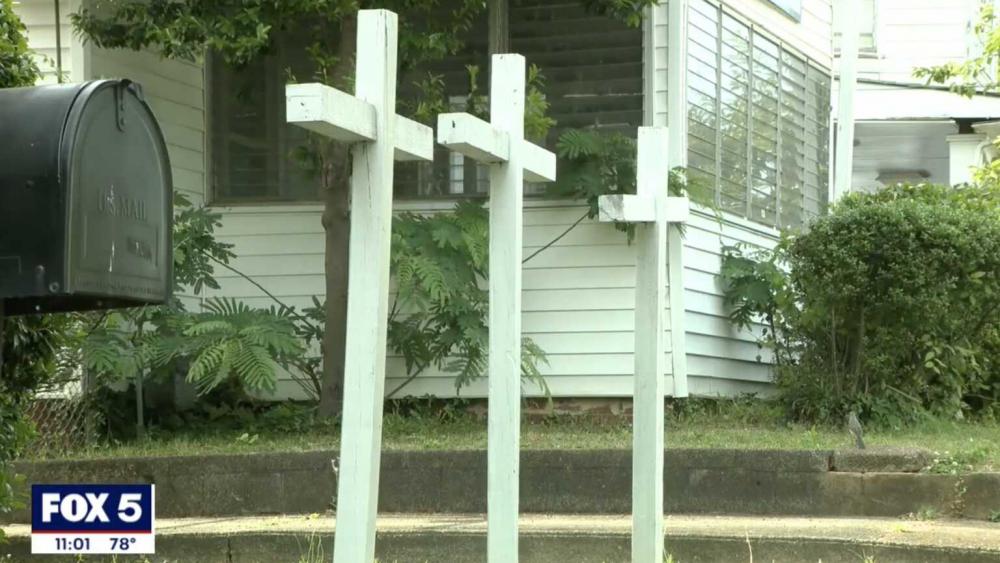 A community is shocked after a Georgia pastor was allegedly murdered last week by a man she was helping mentor.

Authorities discovered the body of Marita Harrell, 57, inside her van last Wednesday. The pastor, who led Connections at Metropolitan UMC in Atlanta, Georgia, was stabbed to death and lit on fire, according to WAGA-TV.

Harrell had reportedly been mentoring Christopher Griggs, 27, who was later arrested and charged with arson and murder.

Warrants allege Griggs stabbed the pastor with a large kitchen knife at his residence before transporting her body to a secluded, nearby area and setting her van on fire.

A biography on the Connections at Metropolitan UMC website described Herrell as a Chicago native, a wife, mother of two, and a believer who “daily seeks to grow in her walk with God.” Her killing has rattled the community.

Rev. Marita Harrell was found dead Wed. Christopher Griggs,27, is charged with her death. According to warrants, he stabbed the mother of 2 with a large kitchen knife and set her body on fire. More at 4/5/6. @cbs46 pic.twitter.com/bA5R86jYGc

Vincente Scott, a longtime friend of Harrell, expressed the dismay many feel.

Scott continued, “If you knew her, she was offering advice, offering encouragement. The world has missed a great contributor to the civilizing process. If anything else, Marita was about improving individuals and improving society.”

Many questions surround the tragic murder, especially as it is reported Harrell was trying to help the accused the evening she was killed.

Regardless of how the details unfold, one thing is certain: Harrell was living out the description Scott provided.

Harrell’s daughter confirmed to WSB-TV that her mother was trying to counsel Griggs, purportedly mentoring the man who found himself in and out of jail.

“She had an open, wonderful, and accepting heart, and she was always willing to learn about new people, and she loved people,” Harrell’s daughter, Alyse, said.

Her goal was to help him get his life on track; tragically, the situation had a starkly different conclusion.

“She was passionate about what she did, which was helping those who are lost and left out,” the Rev. Dr. Michael T. McQueen, a local UMC official, told The Atlanta Journal-Constitution. “She was doing what she loved to do. That’s what makes this so tragic.”

Connections at Metropolitan UMC held a dedication service for the late pastor Sunday, with attendees expressing a range of emotions as they remembered the beloved pastor.

“We were angry, we were hurt, we asked questions,” church member Dorris Bolden said. “But as believers, as children of God, we know what He is, as I said, the great I am. And we just look to Him.”

The event honored Harrell’s service to the community and her devotion. Please continue to pray for Harrell’s children and husband during this difficult time.