US Infant Formula Shortage a Serious Crisis for Many Families: 'This Is Starvation Level Event Hitting the US' 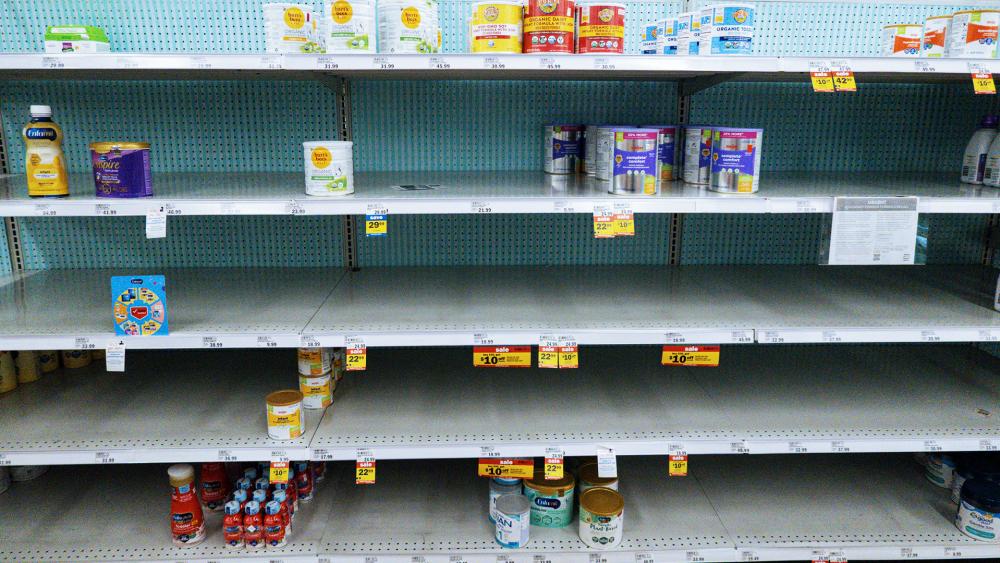 Parents across the U.S. are scrambling to find baby formula because supply disruptions and a massive safety recall have left many store shelves empty of the leading brands.

Months of spot shortages at pharmacies and supermarkets have been intensified by the recall at Abbott Nutrition, which was forced to shutter its largest U.S. formula manufacturing plant in February due to contamination concerns.

On Monday, White House Press Secretary Jenn Psaki said the Food and Drug Administration was "working around the clock to address any possible shortages."

On Tuesday, the FDA said it was working with U.S. manufacturers to increase their output and streamline paperwork to allow more imports.

The baby formula shortage has also gained attention on social media. One user wrote, "Formula shortage is a disaster. No, moms can't make more milk. Some kids can't latch. There are many issues at work. This is starvation level event hitting the U.S. And no one seems to care."

Formula shortage is a disaster. No moms can’t make more milk. Some kids can’t latch. There are many issues at work. This is starvation level event hitting the U.S. And no one seems to care.

For now, pediatricians and health workers are urging parents who can't find formula to contact food banks or doctor's offices. They warn against watering down formula to stretch supplies or using online "Do It Yourself" recipes.

"You never want to try to stretch your formula by diluting it. You have to prepare it as instructed," University of Rochester Medical Center Infant Nutrition Specialist Dr. Bridget Young told WHAM-TV. "Do not try to stretch it. It can obviously be dangerous for baby. Please don't try to use a homemade recipe. There are a lot around; they are not safe for babies."

Young said it's imperative to work closely with your child's doctor to ensure they are getting the proper nutrition.

"First things first, if your child is on a medical formula, so a hypoallergenic formula or an amino acid-based formula, those are very specific types of formulas and you need to work very closely with your pediatrician because there aren't as many substitutes because they are obviously a very specific category," the infant nutrition specialist said.

Trying to keep formula in stock, retailers including CVS and Walgreens have begun limiting purchases to three containers per customer.

Nationwide about 40% of large retail stores are out of stock, up from 31% in mid-April, according to Datasembly, a data analytics firm. More than half of U.S. states are seeing out-of-stock rates between 40% and 50%, according to the firm, which collects data from 11,000 locations.

Three out of four babies in the U.S. are fed formula by six months old as a complete or partial substitute for human milk, according to Axios.

"Infant formula manufacturers are actively working with suppliers, distributors, retailers and state agencies to ensure availability and access to infant formula products, to quickly address the needs of babies everywhere," the Infant Nutrition Council of America told the news outlet in a recent statement.

Baby formula is particularly vulnerable to disruptions because just a handful of companies account for almost the entire U.S. supply. The shortages are especially dangerous for infants who require specialty formulas due to food allergies, digestive problems, and other conditions.

Industry executives say the constraints began last year as the COVID-19 pandemic led to disruptions in ingredients, labor, and transportation. Supplies were further squeezed by parents stockpiling during lockdowns.

But a recall of Abbott products has also contributed to the situation forcing the company shut down its Sturgis, Michigan, factory after federal officials concluded four babies suffered bacterial infections after consuming formula from the facility. Two of the infants died.

For its part, Abbott says its formula "is not likely the source of infection," though the FDA says its investigation continues.

Chicago-based Abbott said it is increasing production at its other facilities to fill the gap, including air-shipping formula from a plant in Ireland.