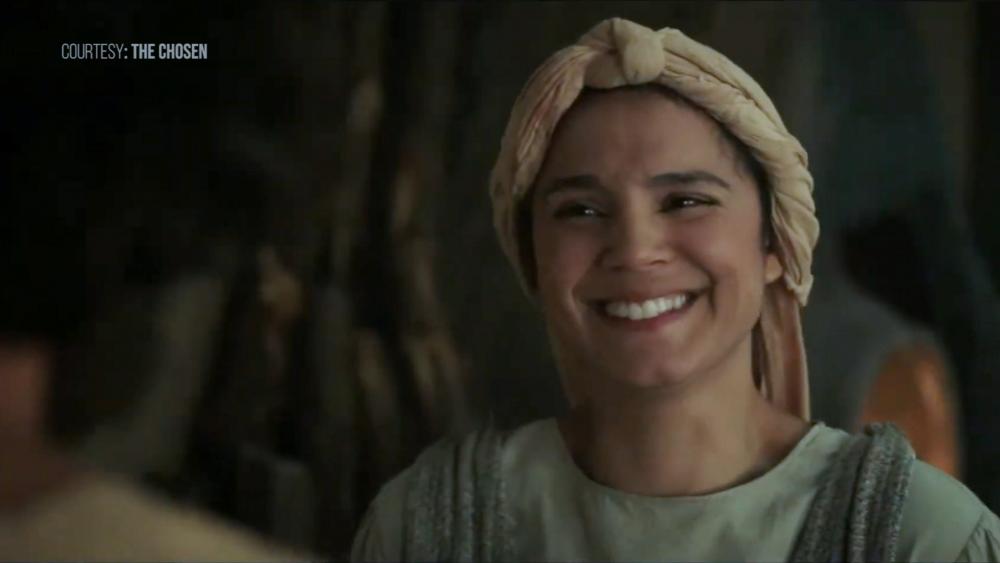 Lara Silva plays Eden, Simon Peter's wife, in the hit TV series, The Chosen. CBN host and producer Ashley Key sat down with Silva and asked what it was like to play the wife of one of the few married apostles of Jesus.

"It was honestly, it was like a little scary at first. And then, you know, there's like this pressure that you put on ourselves, right?"

Silva says she realized there wasn't much to go on in playing Eden, a character who is only mentioned briefly in the Bible. She says as an actor, she had to dig deep to find Eden.

"How am I connecting to these words? You know, all of her, all of Eden's like her passion, her kindness...You know, she's a strong woman of faith. But then she's also, you know, a little sassy and, and funny, and colorful. That's all me. She loves her family fiercely, you know, she's got her brothers from season one, her mom and her husband."

And Silva says she'd go to war for the family she loves. And she believes Eden would, too.

Shahar Isaac plays Simon Peter in The Chosen. Silva says it was a bit nerve wracking to meet the actor and play his wife. But she says Isaac was "incredible," "open," and "sweet."

Viewers got glimpses of Eden in Seasons 1 and 2. Silva says Eden's character is not only back for Season 3, her role is expanded.

"There's a lot and we're diving in and there is going to be a lot more turmoil. There's going to be some loneliness, you know, that she's going to feel and, [we] take you on that journey of the human side of what we all go through, where where we feel strong in our faith. And then sometimes we kind of don't. Sometimes we feel a little lost and insecure and little, you know, disbelief and then back to faith. So, yeah. We're going to see a lot of that in the journey where it takes her back."

To see the full interview with Lara Silva, click on the box above.

Episodes 1 & 2 of The Chosen, Season 3, will be in theaters for a limited release November 15 - 22. The full season will be available on The Chosen app in mid-December.

Click HERE to find out where The Chosen is playing in your area, and to buy tickets.