Hundreds of Ukrainian Refugees Get Blessed with an American Thanksgiving Meal 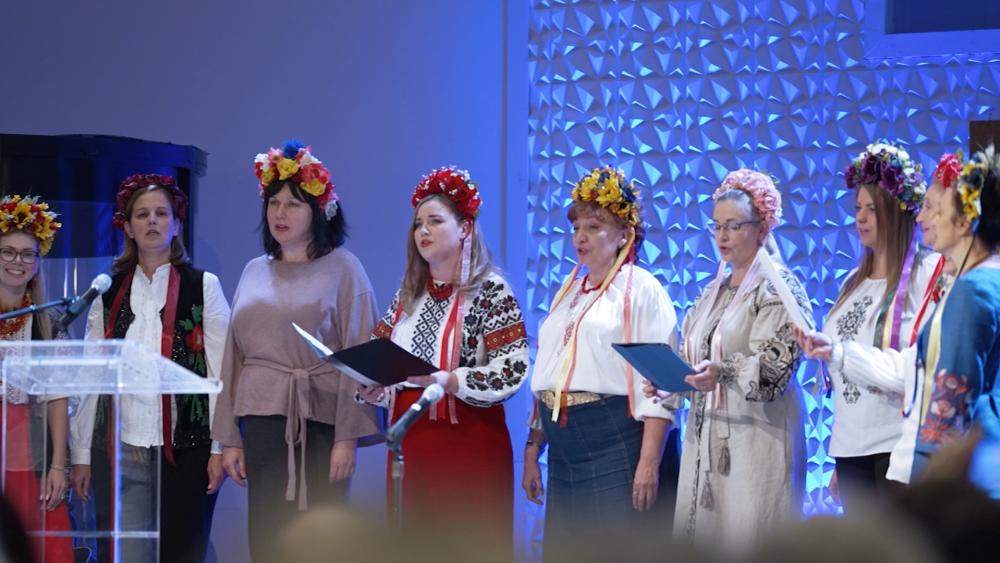 Ukrainian refugees give thanks (CBN News)

Ukrainian refugees in the United States gave thanks for their safety and security during a special Thanksgiving event over the holiday weekend.

Hundreds received a hot meal and heard a message of hope.

The Tidewater Ukrainian Cultural Association and Orphan's Promise teamed up with Coastal Church in Chesapeake to encourage those who've had to flee their country because of the war.

Terry Meeuwsen, 700 Club co-host and the founder of CBN's Orphan's Promise, told the crowd, "we stand with Ukraine."

"We've seen character and the depth of them that really has made the whole world stop and admire them because they've given so much, they've lost so much, but they haven't given up and I love that quality. That is the hope that we all have," Meeuwsen said. "But what we need to know is that God is always working and He has a plan and we need to trust Him."

Tanya Skorokhod from the Tidewater Ukrainian Cultural Association said, "It's just amazing. I'm so grateful for people who care about other people and I'm so grateful for this event, and it's a good opportunity for people to meet each other too because when you move to another country you don't have friends or family with you."

Several members of Tanya's family, including her mother, sister and aunt, escaped from the recently liberated city of Kherson 5 months ago and are now living safely in Virginia Beach.

Orphan's Promise is also at work in Ukraine, bringing aid and comfort to the victims of the war. Click HERE to help Ukrainian victims of war.