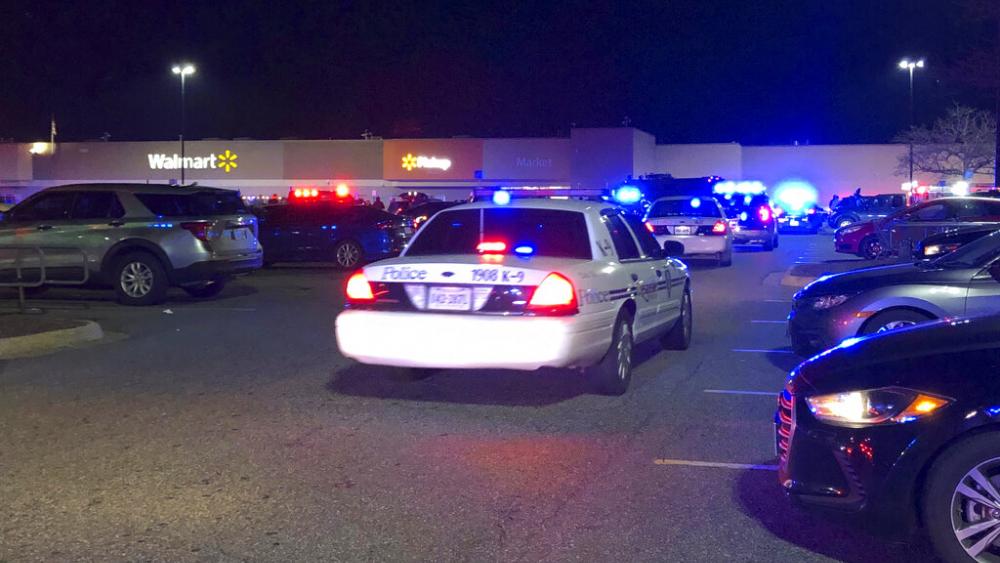 In this image from video Virginia police respond to the scene of a fatal shooting at a Walmart on Tuesday night, Nov. 22, 2022, in Chesapeake, Va. (WAVY-TV 10 via AP)
6316067643112
Multiple People Killed in Walmart Shooting in Chesapeake, VA

A mass shooting at a Walmart in Chesapeake, Virginia has left at least seven people dead, including the shooter. Several other people were injured. This marks the second high-profile shooting in the U.S. in less than a week.

The attack happened at a Walmart Supercenter in Chesapeake around 10 p.m. Tuesday. Police released details earlier this morning. "The attack took place less than an hour before the store was set to close," an officer explained in a press conference.

Employees at the Supercenter reportedly hid inside bathrooms as shots rang out.

Chesapeake Police Public Information Officer Leo Kosinski said, "Once the initial officers first got here, they quickly realized it was an active threat type situation. So we kind of switched our tactics to an active threat response and kind of went in that motion."

The shooter apparently entered the break room and opened fire on other workers.

CBN News' George Thomas is on the scene with this update:

Walmart responded to the shooting in a tweet saying, "We are shocked at this tragic event at our Chesapeake, Virginia store. We're praying for those impacted, the community and our associates."

Tuesday's shooting comes just three days after an attack on a gay nightclub in Colorado that killed five and wounded 17.

Virginia U.S. Senator Mark Warner said in a tweet that he was, "Sickened by reports of yet another mass shooting, this time at a Walmart in Chesapeake."

Five victims from the shooting are being treated at a local hospital.