Patrons in Gay Club Shooting Hit Gunman with His Own Weapon 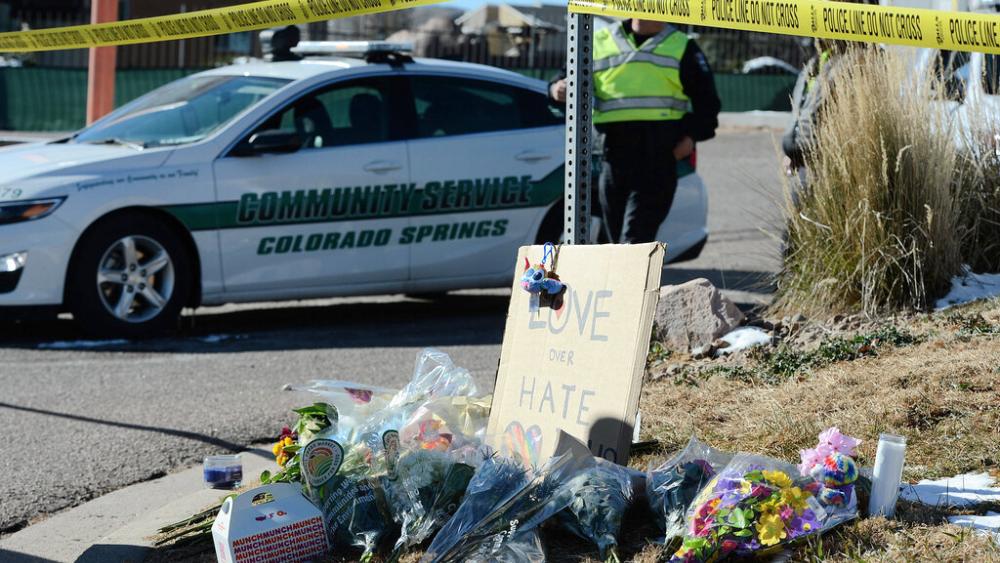 COLORADO SPRINGS, Colo. (AP) — As bullets tore through a gay nightclub in Colorado Springs, killing five people and wounding many more, one patron who’d been partying moments before rushed into action, grabbing a handgun from the suspect, hitting him with it and pinning him down until police arrived just minutes later.

He was one of at least two customers who police and city officials credit with stopping the gunman and limiting the bloodshed in Saturday night’s shooting at Club Q. The violence pierced the cozy confines of an entertainment venue that has long been a cherished safe spot for the LGBTQ community in the conservative-leaning city.

“Had that individual not intervened this could have been exponentially more tragic,” Colorado Springs Mayor John Suthers told The Associated Press.

Police identified the alleged gunman as 22-year-old Anderson Lee Aldrich, who was in custody and being treated for injuries.

A law enforcement official said the suspect used an AR-15-style semiautomatic weapon in the attack, but a handgun and additional ammunition magazines also were recovered. The official could not discuss details of the investigation publicly and spoke to The Associated Press on condition of anonymity.

Club Q on its Facebook page thanked the "quick reactions of heroic customers that subdued the gunman and ended this hate attack.” Investigators were still determining a motive and whether to prosecute it as a hate crime, said El Paso County District Attorney Michael Allen. Charges against the suspect will likely include first-degree murder, he said.

Already questions were being raised about why authorities didn’t seek to take Aldrich’s guns away from him in 2021, when he was arrested after his mother reported he threatened her with a homemade bomb and other weapons. Though authorities at the time said no explosives were found, gun control advocates are asking why police didn’t try to trigger Colorado’s “red flag” law, which would have allowed authorities to seize the weapons his mother says he had. There’s also no public record prosecutors ever moved forward with felony kidnapping and menacing charges against Aldrich.

Of the 25 injured at Club Q, at least seven were in critical condition, authorities said. Some were hurt trying to flee, and it was unclear if all of them were shot, a police spokesperson said. Suthers said there was “reason to hope” all of those hospitalized would recover.

The shooting rekindled memories of the 2016 massacre at the Pulse gay nightclub in Orlando, Florida, that killed 49 people. Colorado has experienced several mass killings, including at Columbine High School in 1999, a movie theater in suburban Denver in 2012 and at a Boulder supermarket last year.

It was the sixth mass killing this month and came in a year when the nation was shaken by the deaths of 21 in a school shooting in Uvalde, Texas.