'If You Want Something Done...Ask a Woman': Nikki Haley on Women Who've Overcome Obstacles to Achieve Their Dreams 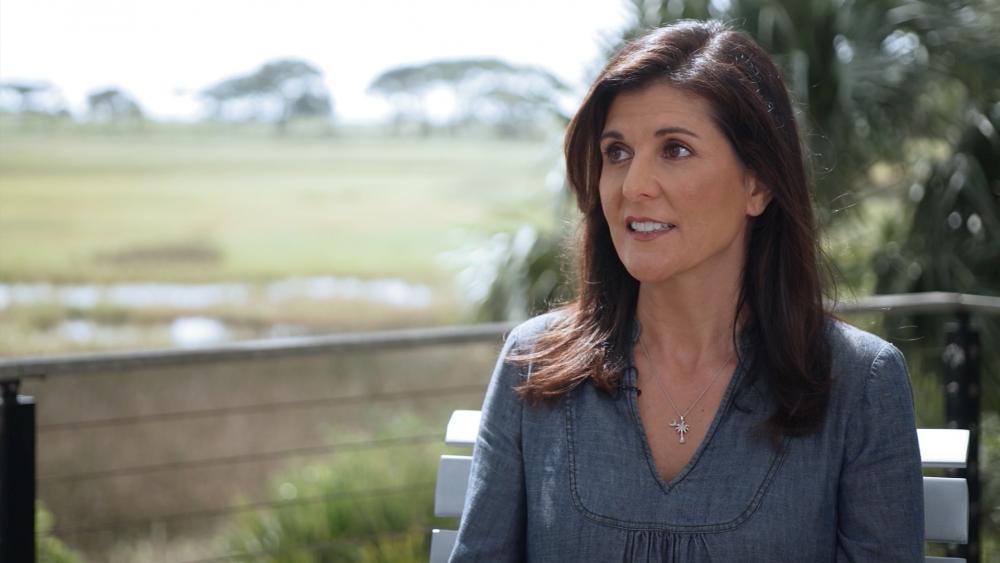 6313306961112
'If You Want Something Done...Ask a Woman': Nikki Haley on Women Who've Overcome Obstacles to Achieve Their Dreams

KIAWAH ISLAND, SC – "If you want something done, ask a woman." Former South Carolina Governor and UN Ambassador Nikki Haley says that famous quote from British Prime Minister Margaret Thatcher is the inspiration behind and the title of her new book If You Want Something Done...: Leadership Lessons From Bold Women. It features 10 extraordinary women who, like Haley, overcame incredible obstacles to achieve their dreams. Women like Israel's first female Prime Minister Golda Meir to the "Iron Lady" herself – Margaret Thatcher.

"She was a grocer's daughter. And she was one that really believed in herself. That's the lesson from Margaret Thatcher. She loved Great Britain, but she really believed in herself," Haley said. "And she came along when it didn't make sense. She didn't look the part. She didn't act the part. She was made fun of a lot. But what she saw was the devastation of socialism at the time. And so when she became Prime Minister, she really wanted to change all of that. She wanted people to have economic freedom. She wanted them to have the opportunities to be whoever they wanted to be," she added.

Like Thatcher, Haley could relate to being an outsider. Throughout her life, she was told she was too brown, too young, too conservative, and too female, but instead of backing down, Haley took it as a challenge to do something and be something great. As part of the only Indian family in Bamberg, SC, a small rural town, she learned a valuable lesson from her parents early on.

In 2004, Haley won an SC house seat against a popular incumbent and in 2011, became South Carolina's first female governor and the country's first minority female governor. During her second term, she saw her faith tested when a white gunman walked into a predominantly black church in Charleston and murdered 9 innocent people.

"And at that point, I had hit rock bottom. I was so sad. I was so upset. I was trying to protect a state. I wanted everything to be okay. And I remember one day saying, You know, 'God, I'm broken. I can't do this unless you help me.' And He was there. And I look at, even in my most challenging, darkest moments of any time in my life, that's when your faith grows. I always go back to Joshua 1:9, Be strong and be courageous. Do not be afraid. Do not be discouraged, because God will be with you every step of the way," she said.

Then in 2016, President Trump asked Haley to be the Ambassador to the United Nations. She agreed, with conditions.

"And I said, 'well, I'm not going to be a wallflower or a talking head. I need to be able to say what I think.' And he said, 'Nikki, that's exactly why I want you to do this.' And he was true to his word from the first day to the last day," she said.

Haley took part in the historic vote to move the U.S. Embassy from Tel Aviv to Israel's capital Jerusalem.

"Jerusalem has always been the capital of Israel. So it was recognizing a truth. And I remember we were sitting in the National Security Council with President Trump and everybody was telling him why he shouldn't do it. Everybody was telling him that war would break out. Everybody was telling him all the negative things that could happen. And there were only three of us that day that stood up and said, you need to move the embassy from Tel Aviv to Jerusalem. And you know, when the President finally made that courageous step for me to cast one of the first American vetoes in years when the world tried to condemn us for acknowledging a truth, it was a moment of pride for me," she recalled.

"I Don't Play for Second"

After two terms as governor in South Carolina and later US Ambassador to the UN, Haley says there's still one more job she'd like to have and it's not Vice President.

In the meantime, she's hitting the campaign trail for fellow Republicans while also running in a different way for herself, something she didn't think she could do.

"I just decided, well, you know, I'm going to try it. I'm going to try and see if I can run. And I think that running teaches you to be comfortable being uncomfortable. And so I ran a half marathon in December and now running has become such an outlet for me because when you run, you know, in the mornings you get your life together, you prioritize, you pray, you think about all the things that are really important and it just tunes out all the noise," she said.