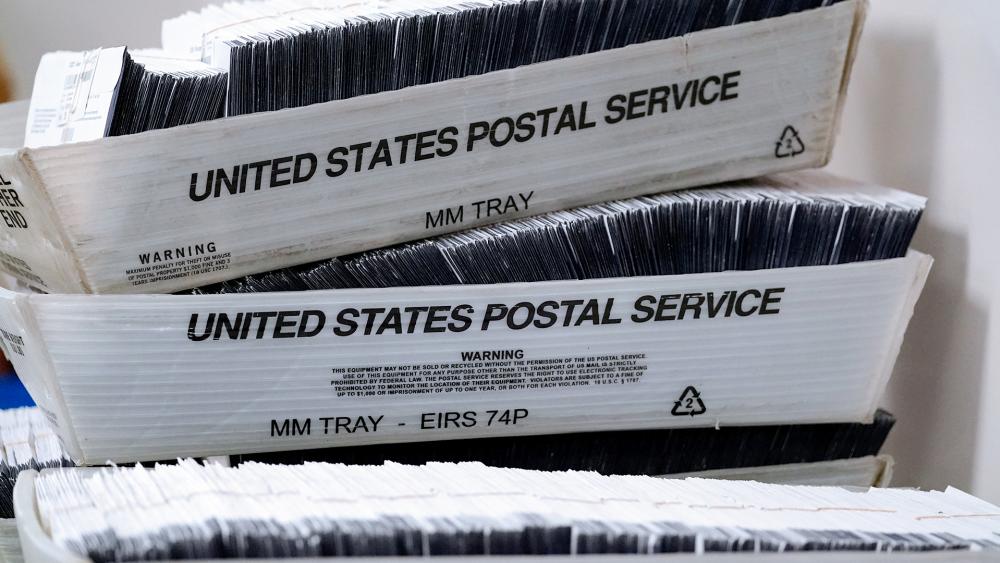 Mail-in ballots for the 2020 General Election in the United States are seen after being sorted at the Chester County Voter Services office, Friday, Oct. 23, 2020, in West Chester, Pa. (AP Photo/Matt Slocum)

Pennsylvania state lawmakers are seeking answers after nearly a quarter of a million ballots were mailed to state voters without verifying their identity.

According to a letter sent to Secretary of the Commonwealth, Leigh Chapman, lawmakers found 240,000 ballots were not verified.

"That is an enormous number of ballots, which, according to the law, must be set aside and not counted for the 2022 General Election unless the voter produces lD," the letter read.

Fifteen Republicans in the Pennsylvania House of Representatives penned the letter to Chapman this week asking her to clarify mail-in ballot discrepancies.

According to the letter, led by State Rep. Frank Ryan, a House State Government Committee member, problems began arising due to a 2018 directive that instructs "counties to register voters without verification of identity."

In a recent State Government Committee Hearing, Pennsylvania's Deputy Secretary for Elections Jonathan Marks testified that the state could issue a ballot to a person whose state I.D. or social security is not verified, but they cannot count the ballot.

But according to a September guidance by the state, mail-in ballots must be verified before they are sent out to a voter.

State Rep. Ryan adds that county election officials reported they will count ballots if proof of I.D. is not provided.

The lawmakers' statement reads, "many of these unverified ballots are likely the result of transposition of numbers or letters but the purpose of the law is to ensure integrity. The law requires matching, therefore all must be set aside and I.D. verified prior to being counted.

Ryan told the Daily Signal, a 2019 state audit found that the secretary of the commonwealth's office had an unreliable system for keeping election records under its Statewide Uniform Registry of Electors system, or SURE.

"All we are trying to do is get ahead of the balloting process this year," he said. "We are letting the [Pennsylvania] Department of State know we can minimize the number of challenges and fix this before the election."

"No one is saying this determines who wins and loses," Ryan added. "We are just saying the database is so broken it needs to be fixed."

Meanwhile, Chapman adds that the state has already received about half of the 1.3 million absentee and mail-in ballots requested by Pennsylvania voters, according to the New York Post.

She told NBC it could take "days" to tabulate results from Pennsylvania's midterm elections.

"Days, and it's hard to estimate," Chapman told NBC's Chuck Todd on "Meet the Press NOW". "The best we can do is just manage expectations and let voters know that election officials need to do their job."

She added that "delays in results does not mean anything bad is happening."

Pennsylvania absentee and mail-in ballots will not be opened until 7 a.m on Election Day.