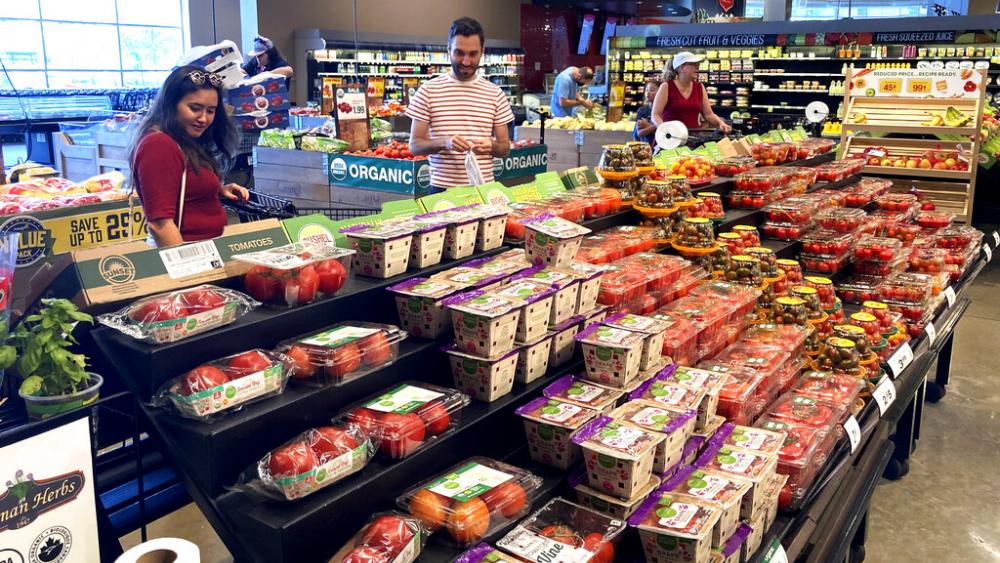 President Joe Biden hailed a rare piece of good news about the nation's economy Thursday, calling the 2.6% growth in the gross domestic product a "great economic report."  Much of that growth was driven by a boost in exports and a 2.4% increase in government spending, and economists caution that structural weaknesses continue to paint a darker picture.

Biden has campaigned intensively against Republicans on the economy in recent days, trying to get traction in an increasingly bleak political environment for the Democrats.  Rep. Gerry Connolly (D-VA), took up the charge against Republicans as well, arguing in a tweet that the GOP was desperate to convince Americans the country was in a recession. "Republicans lie," he tweeted, "the numbers don't."

But with the inflation rate stuck near a 40-year high, Americans are still feeling the pain, and the polls show Democrats facing an uphill battle on the issue. The New York Times poll conducted in mid-October showed Republicans leading Democrats by a 2-1 margin when asked who would best handle the economy.

Although exports rose in the last quarter, housing investments took a whopping 26% drop as mortgage rates soared over 7% for the first time in 20 years. The Federal Reserve's inflation-fighting measures helped cause the sixth consecutive quarterly downturn in housing spending.

The Washington Times quoted Charles Schwab strategist Kathy Jones as saying, "The recession is still on."

The Fed has hiked interest rates five times in 2022, and economists are expecting another hike next week, followed by one in December. Fed Chair Jerome Powell has cautioned that the boost in rates will cause the nation "pain," an outgrowth of high unemployment and economic downturn.

Rubeela Farooqi, an economic expert at High Frequency Economics, wrote, “Looking ahead, risks are to the downside, to consumption in particular, as households continue to face challenges from high prices and likely slower job growth going forward,’’

Government and consumer spending made up another small bright spot in the recent figures, as both rose in the third quarter, led by sharply increased defense spending. While consumers spent more on health care, their purchases of automobiles, food, and beverages declined.

The uptick in the GDP may provide some temporary consolation to the Biden administration in the heat of the campaign's closing days, but the long-term prospects, according to a wide spectrum of analysts, point to a more prolonged struggle for millions of Americans.