‘Her Screams Were Deafening’: Good Samaritans Help Save Frantic Woman From Kidnapping Just in the Nick of Time 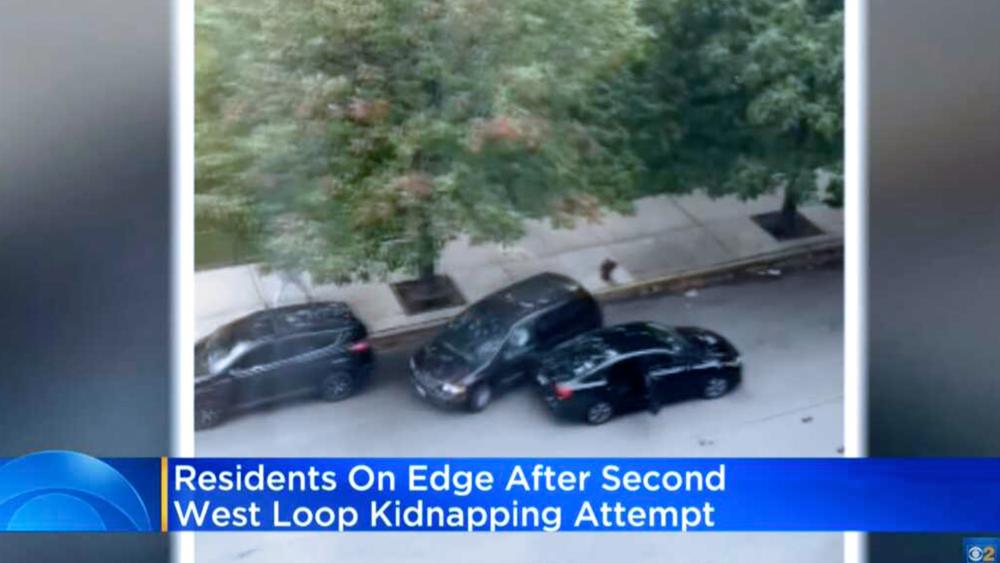 A Chicago woman was rescued Sunday morning just in the nick of time when a stranger allegedly approached as she embarked on a routine stroll and tried to drag her inside a van.

The shocking attempted kidnapping, which has left local residents near Chicago’s West Loop nervous, unfolded around 8:45 a.m. in broad daylight, according to Fox News.

“A woman was walking southbound on the sidewalk … when the offender approached her, grabbed both of her arms, and attempted to pull her inside of a maroon Dodge Plymouth minivan,” a statement from the Chicago Police Department reads.

The 45-year-old victim proceeded to scream and “fight off the offender.”

Block Club Chicago reported the victim was out on a typical walk when the incident unfolded, and she screamed, “Help me!” before ripping off the rubber seal on the van’s door to avoid being forced inside.

“Her screams were deafening,” one neighbor told the outlet.

And those screams likely helped save her. Fortunately, a passenger in a nearby Lyft vehicle saw the commotion and confronted the man responsible. The suspect allegedly let the woman go before fleeing.

“I could see a man pulling her into his van,” James told WLS-TV. “At that time, I said to Johnnetta, ‘Let’s go over there fast.'”

And that’s what the duo did. Henderson said she tried to block in the van so it couldn’t escape, though the man was able to get away.

“When I saw that, I actually put myself in her shoes and rushed quickly, in case he got her in the vehicle, I wanted to block the van, so he couldn’t get away,” Henderson said.

Police have released photos of the suspect and are continuing their search for him. The shocking ordeal was captured on video by a neighbor.

The unsettling incident has understandably left some shaken. One local woman named Liza Alvarez called the scenario “discouraging” and is worried about safety.

“It’s discouraging, especially for people like us, as women, to feel like, ‘Can I be out at a certain time? Do I need to be with other people?'” she said. “It feels very vulnerable.”

Others told WBBM-TV the incident is “scary.”

Fortunately, the victim, in this case, was uninjured. But this is at least the second kidnapping attempt in the area over the past month. As CBN’s Faithwire previously reported, a good Samaritan in a separate Aug. 24 incident stepped in after he saw a man try to abduct a woman.

“I noticed in the corner of my eye that lady was walking down, and a car approached,” he said of the 30-year-old victim. “She told me afterwards he literally did, like, grabbed onto her shoulder and said, ‘Hey baby, you’re looking pretty good.’”

The good Samaritan said he immediately tried to confront the man and grabbed his bear spray.

“I yelled and I ran across the street,” the hero told WMAQ-TV. “He backed off and tried to get back in his car and, as he did, I pulled my pepper spray out and sprayed them and they drove off.”

Pray for the community as it grapples with these unnerving incidents.