Most Pastors Don't Believe Christians Should Tithe 10% - So What Do They Think? 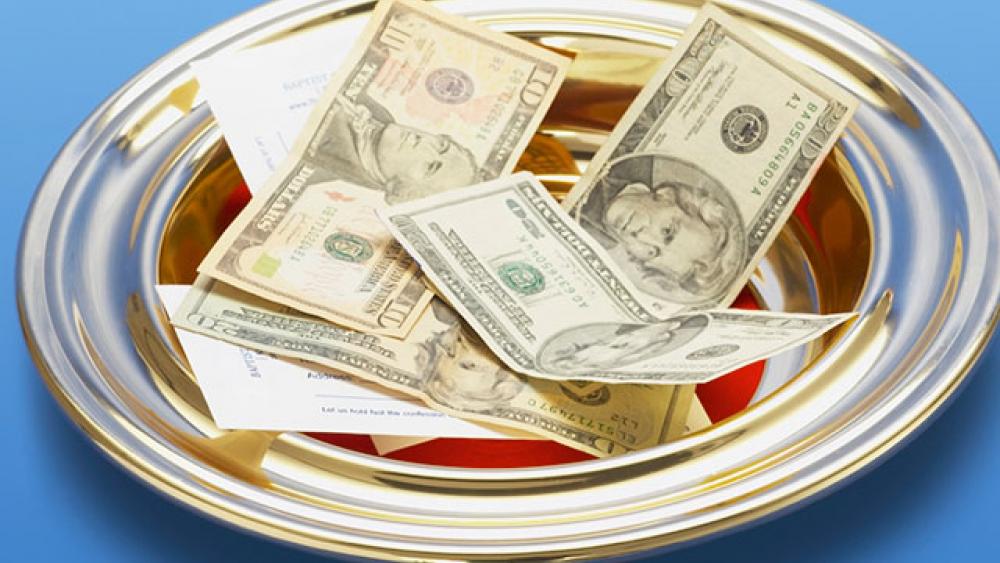 For most, an occasional sermon about tithing is standard fare. As it turns out, though, most American pastors aren’t convinced Christians need to give the customary 10% of their income to the church.

Newly published data from Barna’s Revisiting the Tithe & Offering, a section in its The State of Generosity series, found pastors are divided on what tithing should look like for most churchgoers.

Most pastors don’t define giving outside the church as a form of tithing, but a clear majority — 70% — said such giving does not need to be solely financial. And when it comes to monetary giving, only 33% believe the traditionally accepted 10% is proper.

It should be noted the Merriam-Webster Dictionary definition of “tithe” is “a tenth part of something paid as a voluntary contribution or as a tax, especially for the support of a religious establishment.”

One-in-five pastors (21%) believe the threshold for a proper offering is simply whether it is sacrificial, while 20% said Christians should just give as much as they are willing to offer.

Interestingly, the Barna data — collected after surveying 2,016 U.S. adults from Nov. 12-19, 2021 — found that most American Christians don’t have a clear understanding of tithing.

Only 43% of self-described Christians and just 44% of church givers could “decisively” define tithing. However, practicing Christians had a much better grasp of the term, with 59% saying they knew the meaning of the religious term.

As one would expect, 99% of pastors said they understand the concept of tithing, which begs the question: Why is there such a wide gap between pastors’ and churchgoers’ understanding of giving.

A study published last November by Grey Matter Research and Infinity Concepts, “The Generosity Factor: Evangelicals and Giving,” found that only 13% of evangelical Christians tithe and half give less than 1% of their income annually.

Barna’s press release detailing its latest findings raises questions about “whether it matters if the tithe falls out of the mainstream.”

“After all, church giving should not be reduced to an equation, and heartfelt, reverent generosity can be accomplished with or without deep knowledge of the tithe,” the research firm stated. “Still, as a fundamental, scriptural idea of Christian stewardship becomes a hazy concept, it appropriately raises questions — about how modern ministries approach funding and resources, and, more importantly, about the broader culture of generosity being nurtured among Christians.”

The customary understanding of tithing comes from the Old Testament, according to an explainer from GotQuestions.org, a faith-based FAQ website. While nowhere in the New Testament is a percentage recommended or commanded, many believers take the Old Testament concept of 10% and interpret it nowadays as a minimum recommended amount.

Scripture in the wake of Jesus’ death, burial, and resurrection does not explicitly command tithing, but it does command believers to give. In 2 Corinthians 9:6-7, the Apostle Paul wrote, “Remember this—a farmer who plants only a few seeds will get a small crop. But the one who plants generously will get a generous crop. You must each decide in your heart how much to give. And don’t give reluctantly or in response to pressure. ‘For God loves a person who gives cheerfully'” (NLT).