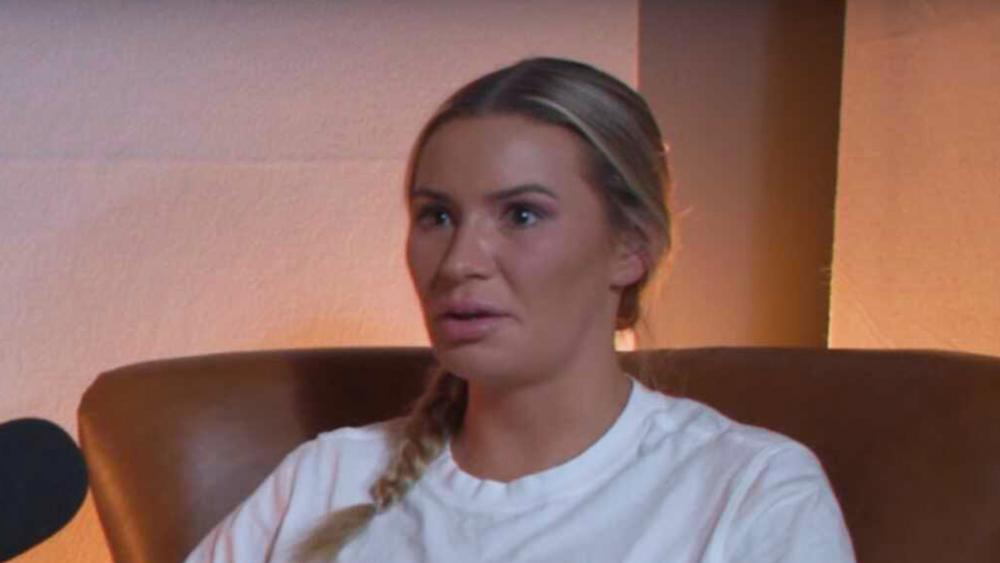 She thought she was traveling from her hometown in Washington state to San Diego for a modeling job — one of her first gigs in the sports apparel world — but something truly sinister was in store.

Jane Doe, one of the dozens of women trapped in a sex trafficking operation that lasted more than a decade, is speaking out about the dark chapter that radically changed the trajectory of her life. At just 22 years old, she was lured into traveling to California for what she thought was an above-board modeling job.

When she arrived, as she explained on a recent episode of Fight the New Drug’s “Consider Before Consuming” podcast, Jane Doe was picked up from the airport, kept isolated from the public, and taken to two different hotel rooms, where she was pressured into posing for compromising photos, forced to sign agreements without understanding them, coerced into smoking marijuana and drinking several shots of vodka, and ultimately held hostage.

Her rapist, Ruben Andre Garcia, was sentenced in June 2021 to 20 years in prison. His sentencing came several months after he pleaded guilty to conspiracy to commit sex trafficking by force, coercion, and fraud, and admitted to his part in recruiting for and performing in GirlsDoPorn videos.

Even as she’s seeing some level of justice served against those who trafficked her, Jane Doe’s pain is still very palpable. Each time she goes on a date, she internally hopes the man sitting across from her won’t search her name on the internet. And even still, more than six years later, sex is unbearable.

She admitted to attempting suicide right before she testified in Garcia’s trial.

“I’m stronger than I used to be,” she said. “I had some suicide attempts, even right before trial last year. I went in with stitches on my arm. I have this nice scar [on my forearm] that almost looks surgical. And when people ask what happened, I don’t like to lie. I’m not here to gain anything. I’m not being paid for this. I don’t want to have monetary gain from the trafficking, from the trauma. I’m simply here to tell my story in hopes that, hopefully, we can stop this.”

“I know it’s always going to be there,” she continued. “But we can bring education to people; we can bring it to the light of day and hopefully help people who have been through any sort of sexual trauma because there is hope in healing. It’s definitely not easy — it’s very hard and it’s a long road — but I’m living proof: I’m still here, begrudgingly at times. But I’m doing better, and I’m excited to educate and bring this to light.”

There were times, Jane Doe admitted, she had to be hospitalized because she couldn’t trust herself. She still feels each of her emotions deeply, rattled often by the sting of trauma but is emerging with a hopefulness she hasn’t had over the last six-and-a-half years.

She is now shining a light on the sinister reality of pornography, and how it is so often made — a quest born out of her honest and raw recollection of the night she was so violently abused; she suffered significant vaginal tearing and even tried — unsuccessfully — to flee the hotel completely naked.

Finally, compelled by Garcia’s trial, Jane Doe felt empowered to tell her family the truth. Over time, she’s realized the dark reality: “[The traffickers] were master groomers.” The abuse she endured was not her fault.

Jane Doe is hoping to expose the dark underbelly of the pornography industry and desires to play a role in “ruining” pornography for others the way her trauma has ruined it for her little brother.

“I don’t think that people understand that, when they go to the internet to get a ‘quick fix,’ they don’t understand that they might be participating in human trafficking,” she told podcast host Garrett Jonsson, who noted elsewhere in their discussion that GirlsDoPorn had deceptively branded itself as an “ethical” pornography channel.

You can watch part one of Jonsson’s discussion with Jane Doe in the video below:

Jane Doe’s conversation on “Consider Before Consuming” comes just days after the FBI announced it is ramping up the search for GirlsDoPorn cofounder Michael Pratt, a 39-year-old wanted fugitive who has been on the run for three years.

The federal agency added the New Zealand national to its “Ten Most Wanted Fugitives” list and is now offering a $100,000 reward for any information leading to his arrest; the FBI previously offered a $10,000 reward. The agency issued a warrant for Pratt after he and his cohorts were accused of conspiring “to recruit young adult women and minor girls to engage in commercial sex acts by force, fraud, and coercion.”

“This was a despicable crime that has devastated its victims,” U.S. Attorney Randy Grossman said in a statement. “The U.S. Attorney’s Office is committed to combating all forms of sex trafficking. Today’s announcement is yet another important step in our commitment to bring Michael Pratt back to San Diego to face these charges and to seek justice for the victims of these crimes.”

Special Agent in Charge Stacey Moy of the FBI’s San Diego Field Office described Pratt’s capture as a “high priority” for the agency, saying he “preyed on young women and girls and allegedly coerced or forced them through threats and fraud to participate in pornographic videos.”

“He engages in dangerous and deceptive practices wherever he goes, and we will not waiver until justice is served,” she added, according to Complex.

In late July, one of Pratt’s coconspirators, 40-year-old Matthew Isaac Wolfe, pleaded guilty to committing sex trafficking by force, fraud, and coercion. He is scheduled for sentencing on Oct. 31.