The 'Dark Trinity': Jonathan Cahn Contends America's Brutal Culture Wars Are Really About 'The Return of the Gods' 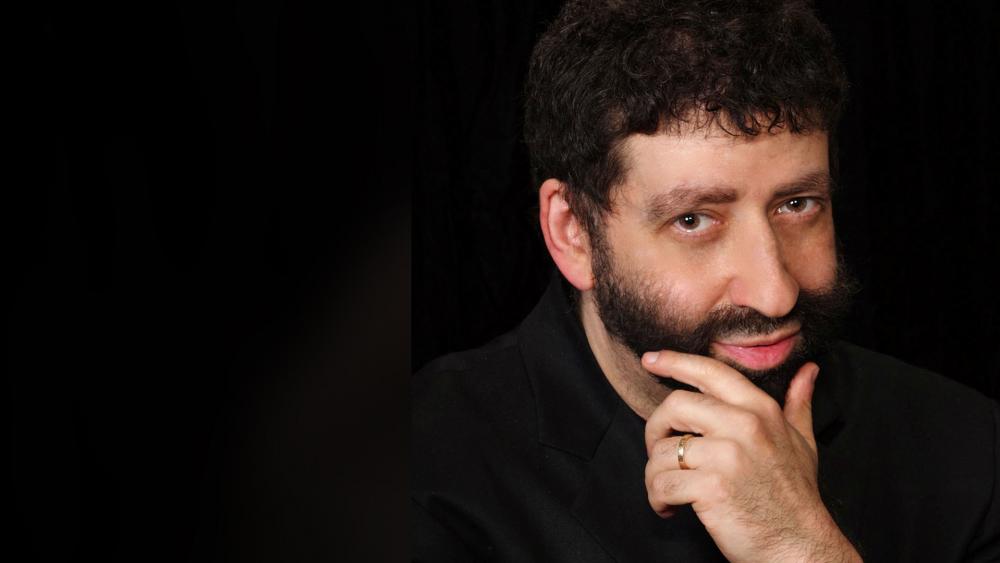 As culture wars have raged from D.C. to California, a prophetic rabbi says there's an explanation behind the radical headlines Americans have endured in the past few decades. He examines the world through a biblical lens to help Christians discern why events are happening in our world today.

Best-selling author Jonathan Cahn uses a spiritual paradigm to make sense of the cultural revolution that has seemed like a runaway train for years, from the abortion battles to the sanctioning of gay marriage to the latest push for transgender transformations for little children.

Cahn, a Messianic Jewish minister who called America to repent and turn to Jesus Christ from the National Mall in Washington just a few years ago, says it all boils down to a "dark trinity": the three evil spirits worshipped by ancient civilizations. He says what's happening in America from "pride month" to "cancel culture" can be traced back to the ancient Middle East.

Cahn, the author of bestsellers like The Harbinger and his new documentary, The Harbingers of Things to Come, has issued numerous warnings for America to repent. Years ago, he pointed to 9/11 as a pivotal point and more recently warned of "The 19-Year Mystery."

In The Harbinger II, his chapter called "The 19-Year Mystery" refers to the ancient biblical "template of judgment." He says America is following in the ominous footsteps of ancient Israel. When judgment came to Israel, the first strike came in 605 BC when the armies of Babylon invaded the land.

Yet, the greater shakings came in 586 BC as judgment ravaged the land – 19 years between the two events. Following the same biblical template, America's first strike happened on September 11, 2001. But an even greater shaking came to America in the form of the COVID-19 pandemic in the year 2020, 19 years after 9/11.

Throughout the Bible, the scriptures warn about people turning away from the true God to serve new ones. Cahn points out that the book of Psalms calls this form of idolatry a "trap". He says these "gods" are still around and they've invaded the U.S. on a spiritual level.

In the days of the gods, which were dominant evil spirits, they reigned over tribes and nations, infused people with their evil, and mastered civilizations. Kings bowed to them, priests sang their praises, and altars were built in their honor. They were worshipped and dreaded.

Sexuality was to be treated as a sacred gift from God, to be honored and kept in the equally sacred vessel of marriage. Children were no longer to be abused, mistreated, or sacrificed. Government could no longer claim the authority of godhood. The gods had been cast out of their temples, their cities, and lands from Western civilization itself which represented the greatest mass exorcism in world history. The gods lost their hold, and the spirits departed.

RETURN OF THE GODS

In his book The Return of the Gods, Cahn says Western civilization was in many ways set free from these dark spiritual principalities and became a house set in order, a civilization cleansed.

But the spirits still existed outside the borders of that civilization. As scripture states, they roamed the dry places, the desolate lands, they dwelled in the shadows. The only way these dominant evil spirits could come back or return to Western civilization is if the people turned away from God.

Unfortunately, people did turn away from the one true God and the dark gods returned, but they came back in disguise. They came as spirits of enlightenment, freedom, and power. Cahn says today these gods inhabit our institutions, walk the halls of our governments, cast votes in legislatures, guide corporations, and teach in our universities.

THE NAMES OF THE 3 DARK SPIRITS

He argues that the gods or spirits that have returned to America and Western civilization are the same gods that seduced ancient Israel. He points out the following demonic spirits are the three most prominent gods that transformed ancient Israel and led to their fall from God:

1. The Possessor – Baal represented the nation's turning away from God. His strategy is to separate the nation from the Word and the ways of God. In America, he did this by removing prayer from schools. By causing God's ways to become alien to the nation's children, he could cause the alienation of America from God.

2. The Enchantress – Also known as Mrs. Baal, this spirit is referenced in the book of Judges. The two gods Baal and Ashtoreth or Ishtar are linked together. The Enchantress god represents the goddess of sexuality. She started the sexual revolution. The return of Ishtar to the modern world weakened marriage. Sex became a god to be pursued. America became filled with pornography. Images that were once forbidden or taboo began to fill the movie screens.

There was another side of Ishtar, another power and another agenda. She was a sorceress or the Transformer – a god who changes man into woman and woman into man by altering human desire, identity, and nature itself. The Transformer takes the sexual revolution to a deeper level and transforms America and Western civilization:

* Stonewall – The goddess to modern culture made her return in a way no other event had on June of 1969. The police raided a gay bar of Greenwich in New York City. Two hundred people were at the bar. Police began loading some of the people at the raid into a van. During one of the arrests, something took hold of the crowd who began taunting the police officers and hurling objects at them. It became so dangerous the police had to retreat into the bar fearing for their lives. The crowd even tried to charge the bar to get to the officers until help arrived.

"The Stonewall riots" continued for days. What happened that night went beyond the human realm. Cahn points to some important signs or symbols: A bar down from the bar was called the Lion's Head – the same sign that in ancient times, represented the power of the goddess as she entered war. Also, on that night despite the fighting several began performing a dance – the Dance of Ishtar.

* Supreme Court – Cahn contends it is no accident that Pride Month is in June. The goddess's entrance and inauguration of her resurrected movement at Stonewall took place at the exact time ordained by the Mesopotamian calendar and the ancient mystery. The observations, celebrations, and Pride Parades were held around the end of June which was typically within a week or days from the summer solstice, the time of pagan celebration.

Aside from Stonewall opening an ancient door there are three landmark cases in the United States Supreme Court which opened other doors: (1) The first door – legalization of homosexuality which happened in the summer – in the month of June; (2) The second door – overturning the defense of marriage took place on June 26, 2003 and (3) The third door – overturning of marriage which legalized same sex marriage across America took place toward the end of June.

* Rainbow – On the night that marriage was struck down, the sign of the goddess, the rainbow – lit up the Empire State Building, the waters of Niagara Falls, and the house which governs America, the White House. The power of metamorphosis belonged to Ishtar where she could transform a man into a woman and a woman into a man. She changed our nation's priorities, values, and desires. "What the culture once rejected, it would now accept; and what it once accepted, it would now reject," Cahn shares.

3. The Destroyer – The most mysterious member of the dark trinity is known as Molech. His name makes several appearances in scripture. For example, when King Solomon fell away from God, he built high places, altars, and sanctuaries for the foreign gods. One of them was Molech. He was the god associated with sacrifice of human beings, especially children by their parents. The abomination is a sign of a nation that has turned entirely against the ways of God and become lost to Him.

There is more to human events, to world history, and even to our own lives than we can imagine. "We are largely unaware of how the other realm is affecting our world and lives," Cahn reveals. "The disturbing transformations taking place in American culture and Western civilization reveal that something has possessed it or taken over it."

He says, "Modern culture, having turned away from God and to the gods is now marked by the same signs that once marked the ancient pagan world: purposelessness, emptiness, and hopelessness."

Do not be surprised because the mystery says, "A house that has emptied itself of God cannot remain empty. It will be seized and taken over by that which is not God. And when a civilization expels God from its midst, it never ends well."

Cahn points to the need for repentance before revival and restoration can happen. It is important for believers to remember you cannot stand against the gods and be serving them at the same time. You must renounce all gods and any hold they have in your life. There is only one antidote to the gods, only one power strong enough to overcome the gods and that is God.

Interestingly, when his new book was finished on June 24, 2022, the Supreme Court overturned Roe v. Wade making abortion illegal on the Federal level, sending the issue back to the States who will now make the decision based on voters in their own state.

Cahn's previous book, The Harbinger II, which came out in 2020, wrote of the coming year of Jubilee from abortion. Jubilee came once every 50 years in the Bible. Abortion began in the year 1970 in America. The 50th year should have come at the same time New York was legalizing abortion on demand in 2020.

That same year death came to America in the form of a plague, COVID-19. America had taken life during the year of Jubilee, now life would be taken from America. He points to another interesting fact, that the Supreme Court ruled to legalize abortion in 1973 and the decision was reversed in the Jubilee year of 2022. The Supreme Court ruling was a turning back of Molech. It was a stand against the gods, the breaking down of their altars.

Cahn concludes in his latest book that the only way to stand against the gods is by the power of God. His love can overcome hatred. His grace can overcome sin. He alone can break the chains of all bondage. His light can overcome the darkness of the age. In the days of the gods, one must never bow one's knee to any idol, any darkness or evil. Those who will not give up will prevail in the end. 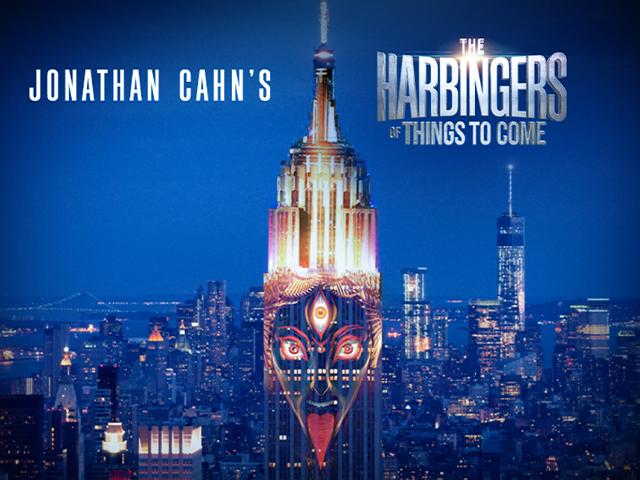 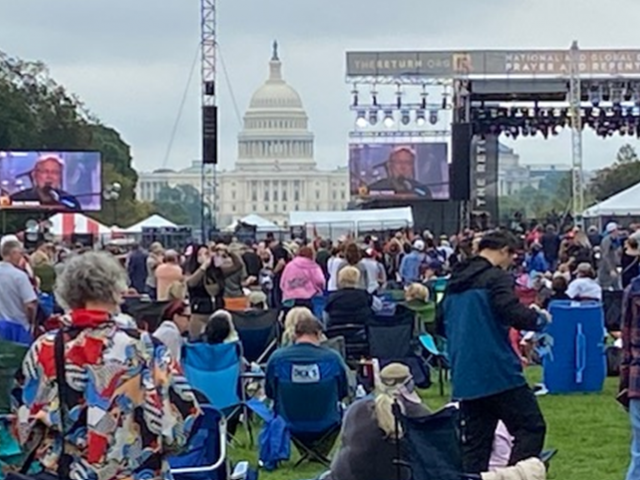