'You Defy All Odds': Doctors Told This Mom to Abort Her Baby, Now She's 'OverJoyed' That She Said No 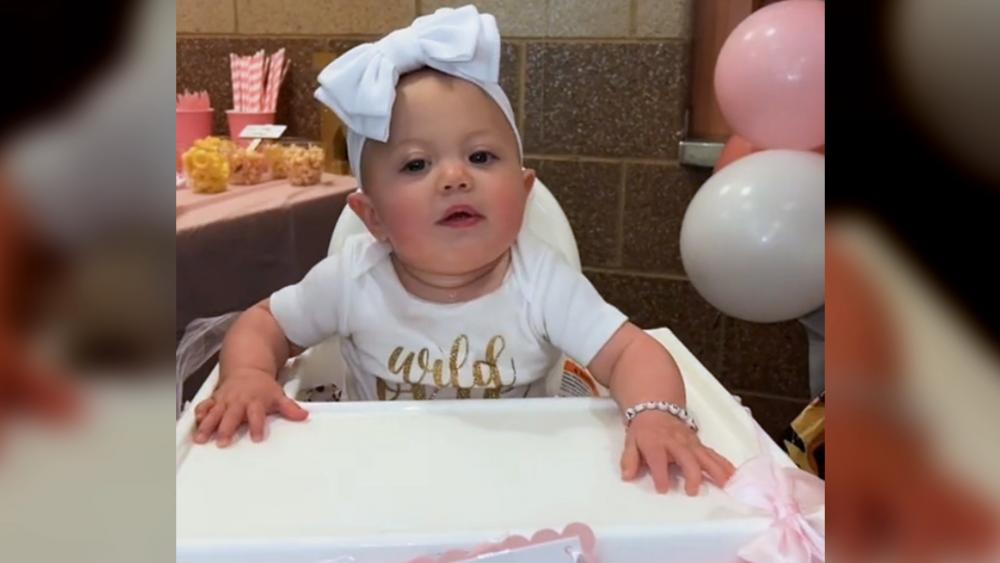 A Missouri mom says her baby girl has "defied all odds" despite doctors advising her to abort the baby because of fetal abnormalities.

Katie White went in for a standard ultrasound check-up at Mercy Hospital, St Louis, Missouri, in early 2021. The scan revealed that her daughter had hydrocephalus, a build-up of fluid on the brain.

Three doctors told White she needed to abort the baby because she would never eat, walk, or talk.

"I was distraught and bawling my eyes out," the 24-year-old said. "They immediately tried to get me in contact with family planning to terminate the pregnancy. I needed to go home and think – I couldn't make such a huge decision off the back of one doctor's advice –  and I thank my lucky stars that I did."

"My daughter would not be here today if I had taken that advice," White added.

With the help of her family, White sought out the help of a specialist who encouraged her that she could carry out her pregnancy despite the grim diagnosis.

Her little girl Kensley was born on May 23, 2021, weighing 6 pounds and 7 ounces. White was able to hold her daughter for a few minutes before she was taken off to emergency surgery.

"I was overjoyed seeing my baby for the first time, but it was bittersweet knowing she would have to be taken away," the mom said.

The doctors drained the fluid in her brain and she later had a shunt fitted on her head. Four months later, MRI scans showed that Kensley's brain growth was exceeding expectations.

"She hasn't ever had a seizure, she eats by mouth and can see," White said of her now 14-month-old. "She is so full of character and is my little angel. I wouldn't change her for the world."

White uses TikTok to update her 114,000 followers on how Kensley is doing.

@katiewhite__ I whole heartedly cherish this life with you as I didn’t know if I was going to be able to. #medicallycomplex #hydrocephalus #hydrowarrior ♬ original sound -

In a video titled "Things I've learned since your diagnosis", White shared, "I wholeheartedly cherish this life with you, as I didn't know if I was going to be able to."

"Your diagnosis will NEVER define you," she added. "I'm strong because of You. You've shown me beauty in life. Your abilities are far more impressive than I could have ever imagined. I've made peace with all we've been through, watching you defy all odds, Kensley Ann."