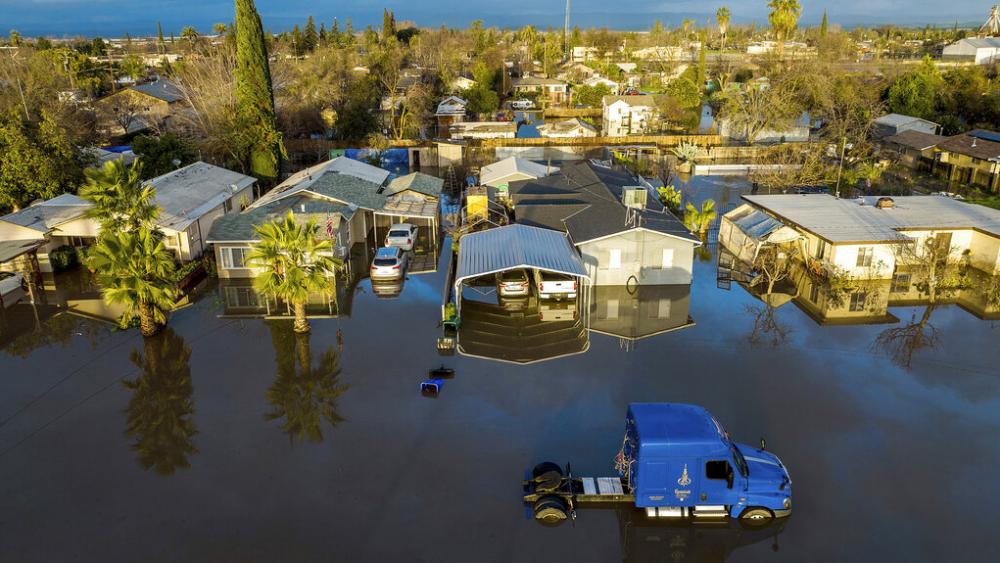 Floodwaters are rising as waves of dangerous storms pummel California, prompting evacuations up and down the Pacific coast.  Flash flooding has killed at least 17 people, triggering evacuations as well as school and road closures across California.

"We've had less people die in the last two years of major wildfires in California than have died since New Year's Day related to this weather," said California Gov. Gavin Newsom.

The state has been swamped with some 36 inches of rain since Christmas which has caused record flooding and extensive damage.

Entire communities have been forced to evacuate.

Talk show host Ellen DeGeneres, who lives in Montecito, posted a video online showing the raging floodwaters near her home.

"This creek next to our house never flows, ever," she said in the video as residents raced to flee.

Dozens of dramatic rescues have been playing out across the state.

Emergency crews had to pull a woman and a girl to safety after two vehicles fell into a massive sinkhole.  Another sinkhole in Santa Barbara County damaged 15 homes.

Authorities north of Los Angeles in San Luis Obispo County say floodwaters swept away a 5-year-old boy and his mother while in their truck. They rescued the mom but the boy still missing.

"There were some nearby neighbors that were able to rescue the mom, but the boy floated off in a different direction," said Tony Cipolla, Public Information Officer for San Luis Obispo County Sheriff's Office.

Lingering thunderstorms raised the risk of flash flooding and mudslides, especially in drought-stricken areas and land recovering from wildfires, where vegetation is less stable.

An estimated 200,000 homes and businesses had no electricity Tuesday, mostly in Santa Clara County.

"For us, we've been out of power," said Summer Mangrum, a resident in Ben Lomond.  "We just got it back on for one day only to lose it again. We have our generator, but we lose heat, we lose hot water."

And east of San Francisco, the entire community of Planada was evacuated because of rising floodwaters.

During an appearance on CBN's Faith Nation, Pastor Alan Cross of Petaluma Valley Baptist Church shared how churches are working to help the displaced.

"They're just standing ready to help and open up for evacuations if needed and checking on their folks," said Cross. "We're under these flood warnings for creek beds that were dry and hillsides that had not received much rain at all are now at a place where land is giving way so we're all just watching on edge."

Cross is encouraging prayers for those affected by the severe weather.

"I think the main thing is just praying for people to be aware of their neighbors and to have compassion. That really is the role of the church is to see people in need, connecting with others, and just being that refuge where we can join hands together as a community," explained Cross.

Meanwhile, President Biden has declared an emergency in the state as forecasters warn the storms are expected to continue into next week.