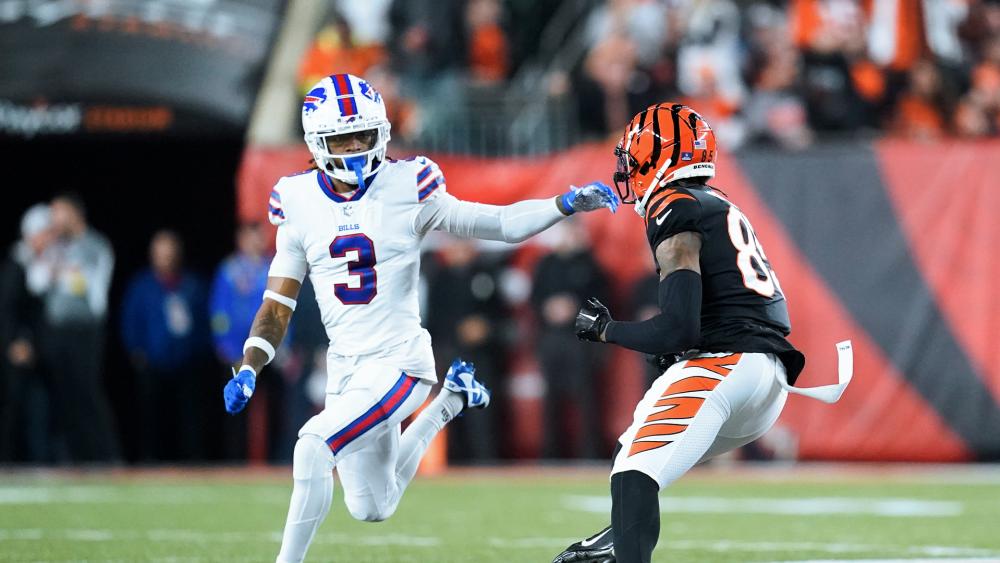 Hamlin's uncle Dorian Glen told NFL Total Access that his nephew is still on a ventilator at the University of Cincinnati Medical Center as doctors try to get him to breathe on his own.

"We're just kind of taking it day by day," said Glen. "Still in the ICU. They have him sedated. So just continue to administer the medical treatment they've been doing."

While it's too soon to know exactly what caused Hamlin's collapse, cardiac specialists say a rare type of trauma called Commotio Cordis could be to blame. The condition occurs after a severe blow to the chest at the exact wrong moment causes the heartbeat to quiver, leading to sudden cardiac arrest.

Millions are praying for the young player, from outside the hospital where he's fighting for his life.

"We will be praying every single second, every single day for your son," one fan prayed during a rally outside Hamlin's Cincinnati hospital.

Former Detroit Lions quarterback Dan Orlovsky even took a moment during an ESPN broadcast to pray for Hamlin.

"God we come to you in these moments that we don't understand, that are hard, because we believe that you are God and coming to and praying to you has impact. We're sad, we're angry. And we want answers, but some things are unanswerable," Orlovsky prayed. 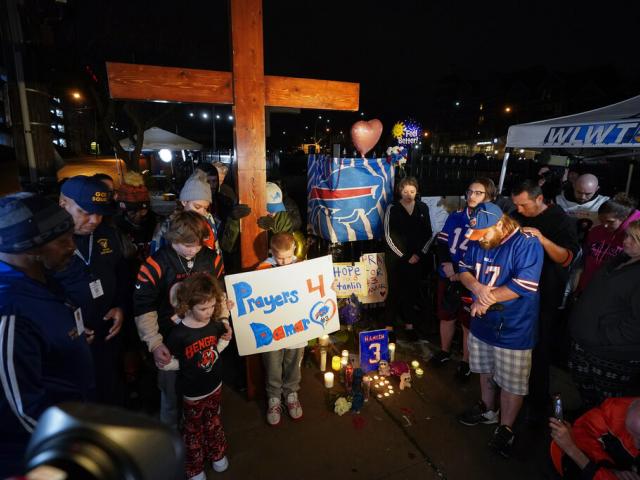 In a statement Tuesday, Hamlin's family expressed gratitude for the love and support shown to him during this challenging time, saying they are deeply moved by the prayers, kind words, and donations from fans around the country.

"To the NFL, to the fans all over the world, #darmarhalmlinstrong #prayerworks keep my son and my family in your prayers as we continue to fight this tough battle," Hamlin's mother posted on social media.

And for those not sure how to pray, Christian author Carlos Whittaker offered an instructional prayer on Instagram.

Others bombarded heaven on Hamlin's behalf with a special prayer service Tuesday, Jan. 3 at 3pm, because his jersey number is three.

"We're praying because we believe that God can move and He will move and he listens to the prayers of his people," said Watson. "That's what he's proven over time. He's not a dead God made out of wood and stone. He is alive and well."

And Hamlin himself has shown his thankfulness for his pro football career while knowing it could end at any time.

On the "One Bills Live" program in November, he said it was a blessing to be able to play the game and do it alongside his childhood friend Dane Jackson.

"It's a super blessing, super blessing," Hamlin says in the clip. "I cherish it. I can't even describe it, but I cherish it every second that I can. We just had our prayer, our DB prayer we do every Wednesday. He was next to me and I just grabbed his hand a little bit harder just because you know you never know when your last day could be that you get to experience something like this."

Meanwhile, many are also showing support for Hamlin by donating to his charity fundraiser. He started the Chasin M's foundation to raise money to buy toys for children in need. His goal was to raise $2,500. Now, more than $5 million has come in since his injury. Those donations are still coming as millions keep up their prayers for his complete recovery.

***Please download the CBN News app to ensure you keep receiving the latest news from a distinctly Christian perspective.*** 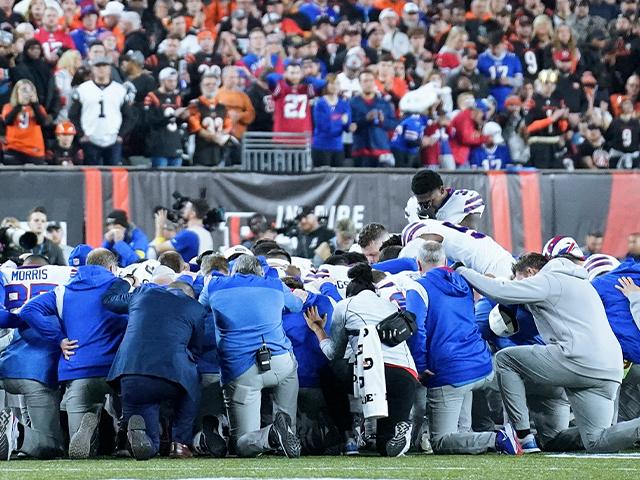 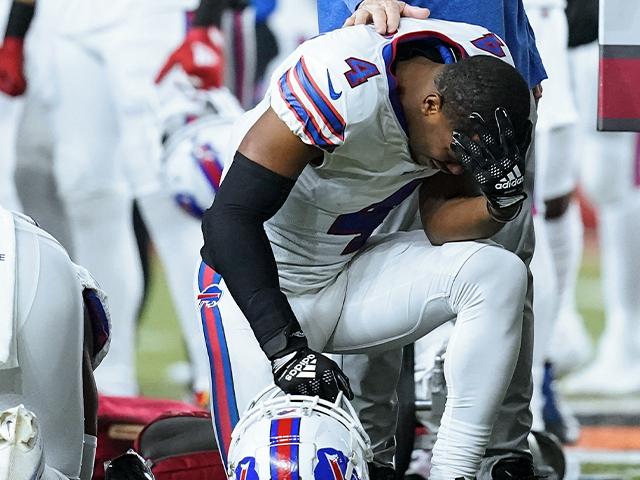