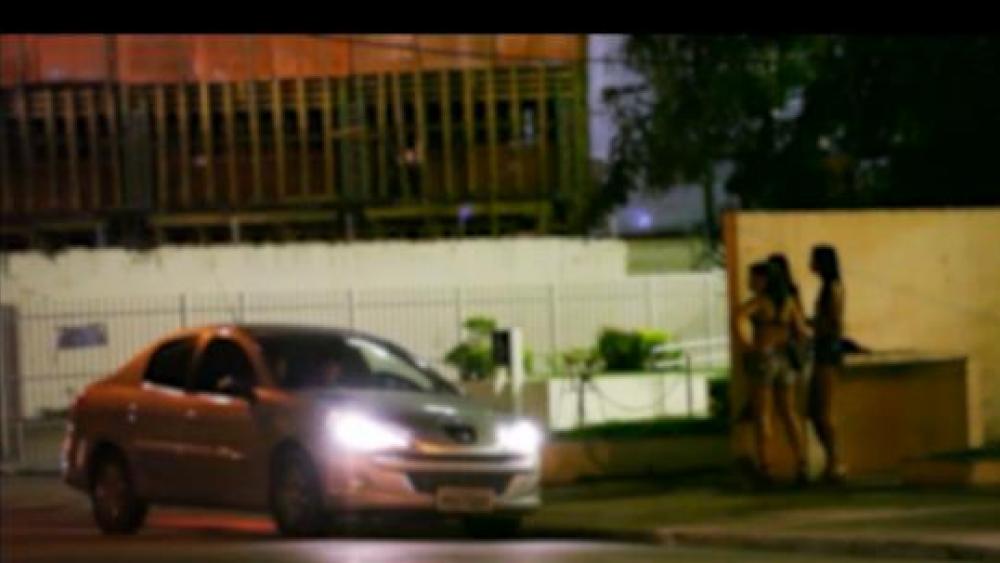 RECIFE, Brazil -- Countries that host the Olympic Games typically look forward to the tourists and money the events bring. But there's also a dark side to that influx of visitors -- the sexual exploitation of children by sports fans.

Brazil, which is hosting the 2014 World Cup and the 2016 Summer Olympics, is already making plans to ward off this potential disaster.

"It's very easy to buy a girl. It's like buying a chocolate," youth counselor Carlos da Bomba, who works for the Guardian Council in Recife, said.

A Life of Pain

More than 4 million people live in the metropolitan area. Da Bomba described child sex trafficking there as "out of control."

Taxi drivers, hotel workers, drug dealers, and others work together to form an underground network, connecting supply (children in Recife) with demand (adults who sexually exploit them).

See how reporting this story impacted CBN News.  Like Heather Sells on Facebook for behind-the-scenes reaction you won't see on air.

Every week, da Bomba's agency receives five to six new victims in need of help. He wondered how many others are still out there, afraid to reach out.

After an interview, CBN News walked to a beach across from the hotel. Da Bomba noticed children for sale right in front of us. The translator with CBN News approached a young boy working as a transvestite who agreed to talk.

"Lia" uses the $25-50 he earns per trick to buy clothes and food for himself and his mother. He told CBN News he started several years ago at age 14. His life of pain was clear.

Brazil may soon overtake Thailand as the No. 1 country for trafficked children. The United Nations estimates that more than a quarter million are sexually exploited in Brazil.

Much of the trafficking happens in the northeast region where child sex tourists arrive from Europe and the United States. The most vulnerable are the children from poor communities who often wake up with no breakfast and few options.

"We see kids start at age 12, 13," Pastor Jose Marcos da Silva told CBN News. "It's a way for them to have an income, to receive money easily."

Many in the northeast fear the worst is yet to come.

Twelve Brazilian cities, including Recife, are slated to host World Cup games in 2014. The games will draw a flood of tourists, many eager not just for sports but for children.

"We're trying to find a way to avoid this," Edivaldo Tauares, with the Municipal Council of the Defense of the Rights of Children, said. He's done research on trafficking around the world.

"What we see before and after the World Cup is trauma in communities," he explained.

Most who work with youth in northeast Brazil believe more tourism means more child exploitation. In response, public officials and non-profits are teaming up to raise awareness and try to prevent a potential region-wide disaster.

"The social workers they are very concerned about it," Tauares said. "So they are working on prevention now with educational materials in the city and also giving workshops in the schools to educate the children."

A Culture of Crime

The national government recently announced plans to go after the more than 2,000 websites that promote Brazil to sex tourists. Much more is needed, however, especially better services for victims. So far, the government has done little to go after the exploiters themselves.

The 2011 U.S. State Department trafficking report on Brazil noted, "Despite continued prevention efforts on child sex tourism, there were no reported prosecutions or convictions of child sex tourists."

Many in the region also recognize that a long-term strategy is essential to wipe out a tragedy that's deeply embedded in the culture. Poor children here typically grow up in small, crowded homes where they see sexuality that should be private. They also often face abuse themselves.

"They start early to see sex in a distorted way so it's easier for them to start [selling themselves]," she explained.

"The drug dealer says, 'If you want to buy drugs, you need money.' 'Oh, but I don't know how to get money' [says the child], and he says, 'Oh, but I know a way for you to get the money,'" da Bomba explained.

It's also common for desperately poor parents to encourage their children to sell themselves.

"The moms, sometimes they put their children in the situation because they need it," Susete Cardoso, national director for Compassion International in Brazil, told CBN News.

A Chance for a New Life

In the case of "Sofia," a 15-year-old that CBN News met, her parents simply looked the other way.

"I used to be like this but not anymore," she said.

But her friends still find it hard to say no to the money that prostitution brings.

"They buy clothes, shoes, alcohol, and also drugs," she continued.

Sofia said she stopped because she wanted a better life.

"I realized it's not good because you can get pregnant and be unable to go on with your studies and get a good job," she added.

That's an insight that many in Brazil hope children will adopt as they consider their futures.

The U.S.-based ministry Compassion International is in the fight against child sex trafficking for the long haul. The group uses child sponsorships to fund ministry centers, known as "projects" across the country.

"We're not only providing a place for them to come to avoid the streets," Cardoso said. "But we are concerned about giving them an education in a holistic way so they can have a different opportunity than their parents."

In preparation for the upcoming games, the government is covering up some shanty towns with colorful rows of new homes. At the same time, Compassion International is reaching deep into these poor communities.

The ministry partners with local churches to take care of the physical needs of children. Compassion also emphasizes academics, providing enrichment for kids in a country where public school is just a half a day.

Special curriculum known as "Claves" is used to educate young people on sexual abuse and exploitation. Respect for the body, family relationships, and good decision-making are emphasized.

Claves consultant Delaine Melo said the material is adapted for different ages, ranging from 4 to 16.

"We're trying to strengthen children and families so they can avoid the situation when it happens," she said.

Elisiane Queiroz works in a Compassion project just outside of Recife and says the Claves curriculum is making a difference.

"Since we started the project six years ago we are working in prevention. So thank God we don't have many cases to share," Queiroz said.

But she warned temptation is always right around the corner. Recently, a would-be trafficker approached several boys in the neighborhood.

Compassion's emphasis on decision-making for a lifetime is a tough concept for so many children in Brazil whose families desperately need help now.

But prevention sponsorship programs may be the most effective strategy.

"I believe the best way to combat exploitation is the prevention we're doing in partnership with Compassion," Tauares said.

For that reason, Tauares has become a "regular" at the Olinda Compassion project, building relationships with kids in the hopes of helping them to realize their dreams.

For these children it's not too late. And it may not be too late for "Lia."

CBN News prayed with him for his dreams, including one day becoming a nurse.

"I would like to get married with someone I'm in love with," he said. "And quit doing what I do."