A Rare Look Inside Baghdad as ISIS Is on the Move 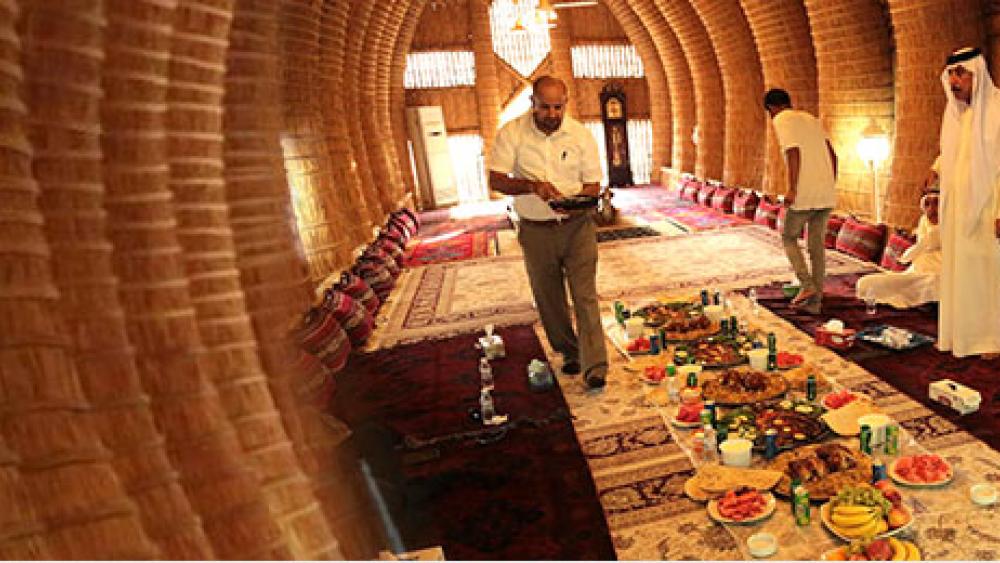 IRAQ -- Since ISIS began its advance across Iraq, there has not been much news coming from inside the country, especially the capital of Baghdad. CBN Contributor Chuck Holton recently obtained a rare visa to travel there, where he found things to be quite different from the headlines.

When the plane landed for my fourth trip to Baghdad, things had changed dramatically since my last visit here in 2007. Nobody wore body armor. There was actually a customs and immigration line. The airport looked surprisingly normal.

I met my translator and we drove past past Camp Victory, once home to thousands of U.S. troops, now just an empty shell of what it once was.

Along Baghdad airport road driving toward downtown, traffic was light. It's hard to believe this was once called "the most dangerous stretch of pavement on the planet."

On this day, headlines warned ISIS terrorists were only a few kilometers from Baghdad International Airport. While there were some soldiers, both U.S. and Iraqi, hanging around, no one seemed especially concerned.

I stayed in the center of the city, just across the street from an amusement park in full swing -- hardly what you'd expect from a city under siege. I met up with Mike Douglas, CEO of the global logistics company SKA International.

"SKA have been in Iraq since 2003," Douglas told me. "Originally we came in on a contract for refurbishment of airports. Since that time we've grown into many different areas of operation, particularly in fuel supply, logistics, and aviation. And we've sustained operations here."

SKA currently has over 3,500 fuel trucks operating throughout the country. While other companies have been scared off by the threat of ISIS, Douglas has no plans to leave.

"The current situation is being overhyped by the media. We're pretty much business as usual," Douglas said. "That's not to underestimate the seriousness of what's going on around the country... but I think the key to our success is understanding what's going on on the ground."

"One of the things we've been extremely successful with is developing relationships with key decision makers and understanding the true facts of what's happening within the region," he said.

The next morning, we drove four hours south to the city of Basra. There, we met with leaders of the Al-Batat tribe, marsh Arabs who were terribly persecuted under Saddam Hussein.

"All the tribes in the south are supporting the Iraqi government, and we are all getting along down here now," one of the leaders of the Al-Batat Tribe in Southern Iraq told me.

Concerning the possibility of ISIS taking over Baghdad, these sheikhs say it simply won't happen.

"He said this will not happen because everybody been a soldier before," the translator for the sheiks said. "When you want to fight you should save your back, but in the south they don't have anyone to support them. So before they think to touch our area, believe me they will be dead. Their end is here if they think to come here."

Here in southern Iraq things have gotten pretty stable. As a matter of fact, there hasn't been a terrorist event in this area for over a year.

Just south of Basra, I visited a fuel depot run by about 35 contractors. They're doing a job the military used to do, but is now being run by civilians.

That's very common throughout Iraq, but here these contractors are helping to keep the lights on throughout the country and, in that way, taking the fight to ISIS.

"America is still here in Iraq, people don't know it, but I'm an American, I'm from Missouri, but proud to be here and we're doing all we can," Bill Hollar, senior fuels manager for SKA Basra, told me.

Hollar served here as a Marine during the first Gulf war. He performs many of the same duties now as a contractor.

In Baghdad, SKA provides fuel for the war effort, as attack helicopters take off from the airfield here to strike ISIS targets in the North.

"I spent 23 years in the military, all in the fuels and logistics area, plus I do have another 10 years of commercial and contracting experience as well," another fuels manager for SKA in Baghdad said.

SKA provides bulk fuel to the State Department and military forces as well as contractors and other military use. It's a combination of foreigners, Americans, and local nationals.

The combined experience here is greater than most military officers because these men typically stay on for years. So they bring an important perspective to the current crisis.

"ISIS is a threat we definitely have to take seriously. But ISIS is more of an ideology," Douglas said. "In order to fight this, in order to beat it, you really have to know what the facts are on the ground."

"And only by dealing with the local people...with the people who understand the complexity of what goes on in Iraq -- only by understanding that will we have any chance of defeating it," he said.

The U.S. military pullout in 2011 didn't end the war -- and the enemy here has reorganized and is back in force. This time, contractors are taking the lead in helping the Iraqi government deal with the threat.

That just means American "boots on the ground" won't necessarily be military.