How Britain Became a Global Exporter of Terrorism 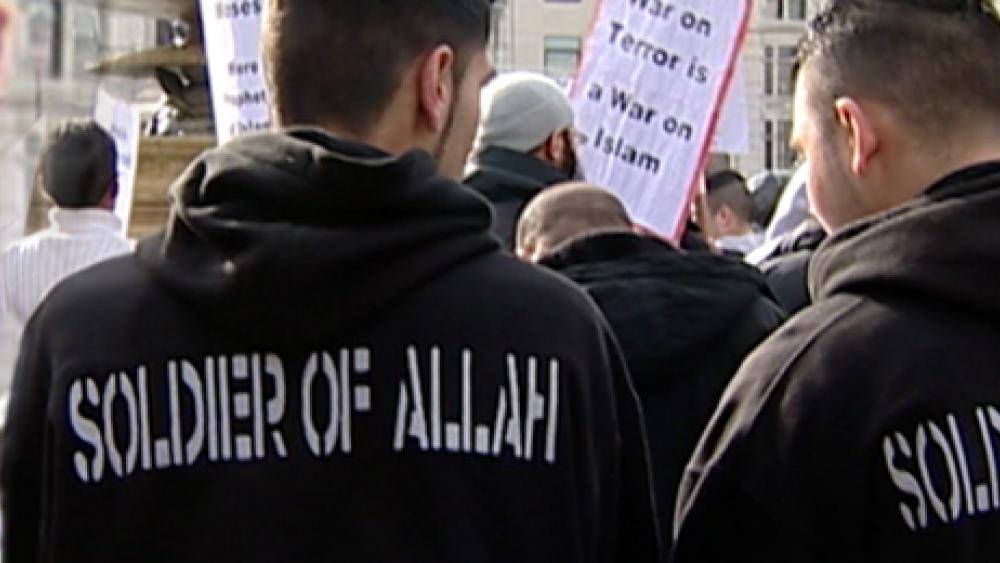 LONDON - No one who has been paying attention to the growth of radical Islam in Britain should have been surprised that the terrorist who stood over murdered American journalist James Foley had a London accent.

Over a thousand British Muslims are now fighting for the Islamic State, also known as ISIS. And more are joining every day.

"The key thing to realize about British fighters in Syria is they're not there to take a back seat role. They are very much at the forefront of this conflict," Shiraz Maher, an expert at the International Centre for the Study of Radicalisation, said.

Britain is now a major exporter of terrorists, the result of multiculturalism. There have been warning signs for years.

Eight years ago, CBN News showed viewers Muslims protesting in London against the Mohammed cartoons and chanting "Jihad is on its way."

Islam: Religion of Peace or War?
Arabic scholars bring you a historical and shocking narrative on the tenets of Islam and the life of its founder.
Know the truth. Download now.

Islamic halal food is everywhere. And Islam is today the fastest growing religion in the United Kingdom.

Even though Muslims are still a relatively small minority in Britain, many Britons feel as if their nation is being handed over to Islam, that the government doesn't care about promoting or protecting traditional British, Judeo-Christian values either because it doesn't believe in them anymore, or because it doesn't want to be labeled as "intolerant."

British civilization has been a gift to the world. But the British elites don't care so much about their own civilization anymore. And it is into this vacuum that Islam is advancing.

Sure, the British still care about their queen and tradition, but radical Muslims have been allowed and even encouraged to build a parallel society within this officially Christian nation.

It's a problem in several European countries.

The West's Sin of Self-Hatred

"The reason we have capitulated in the West so much to Islam is self-hatred," said Anne Marie Waters, a former leftist who runs Shariawatch UK, and a rising star within the UK Independence Party (UKIP).

"And the Left not only doesn't say anything about it, but continues to push for it, even though it knows, even though it can see that it's killing girls," Waters continued. "We know for a fact there are mosques in this country where little girls of 8,9,10 years of age are being married and being raped."

When British soldier Lee Rigby was decapitated in the streets of London, one of the first things Prime Minister David Cameron said was that the murder was not because of Islam.

After the Foley decapitation, Cameron said it again.

And to be sure, many Muslims have condemned the murder.

Shuman Khan, a London Muslim, said, "As a Muslim, I feel this shouldn't be. You shouldn't do bad things."

"I think it's disgusting. I think a lot of extremists have taken over and hijacked Islam," Qaiser Iqbal, a London Muslim, said.

But Waters said that while peaceful Muslims are not to blame for the violence of radicals against women and non-Muslims, she saids the religion of Islam is to blame.

"We come back to this 'It's only a tiny minority of extremists. It's got nothing to do with Islam.' But the point is, this stuff is coming directly from the Quran, from the Hadith," Waters told CBN News.

The British government's weak response to radical Islam has led to the formation of citizen groups and protest movements like the English Defence League and BritainFirst.

BritainFirst confronts Sharia patrols and has horrified the British establishment by having the nerve to go into mosques to pass out Bibles to Muslims.

But when CBN News was with Golding, he was dodging the police, who seem to view him as a troublemaker.

The British government is going to have to decide whether it cares more about being viewed as tolerant, or about stopping terrorism because the whole world is now paying the bill for Britain's experiment in multiculturalism.

"We've got to start dealing with this," Waters said. "We've got to say, 'Look, we have freedom of speech. You can't beat up women. We don't stone people to death for their sex lives. You have to accept that or you can't live here.'"