A People Without Friends: 'Time to Back the Kurds' 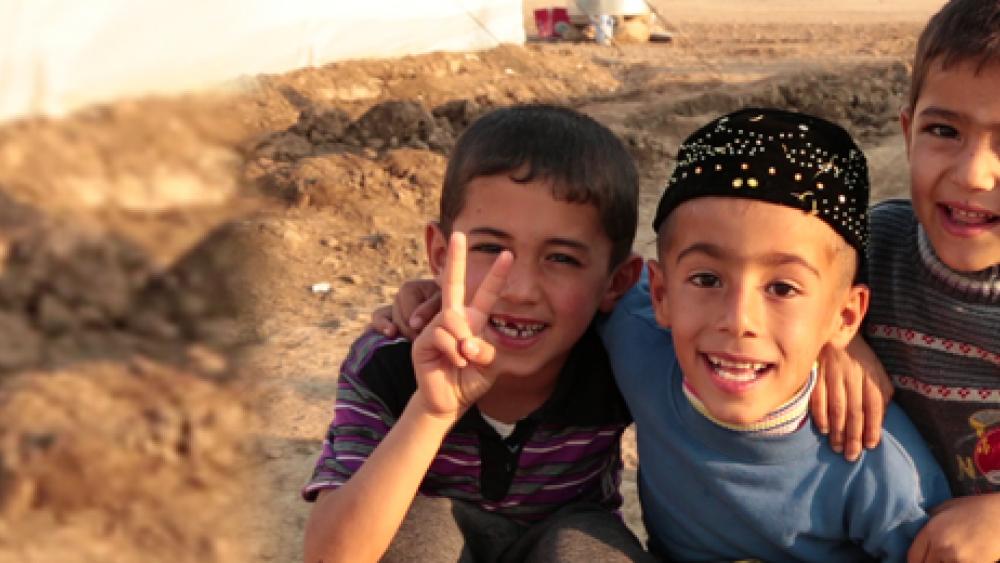 Even though the United States stood with Kurdistan against Saddam Hussein, the Kurds say they're a people without friends.

The ancient people group known as the Kurds are scattered throughout the Middle East.

They've suffered extreme persecution over the centuries, including a poison gas attack launched against them by Iraq dictator Saddam Hussein in March 1988 in which 12,000 Kurds died an agonizing death.

Kurdish presidential adviser Aziz Reda explained that Kurds long for a country they can call their own.

"This is the dream of every Kurdish citizen," he told CBN News. "Every ethnic and every nationality has a right to have their own independent state and they have the right to live without any oppression or any occupation by any other nations."

***Author Stephen Mansfield with CBN News Sr. International Correspondent Gary Lane about his new book, the Kurds' plight, and whether their alliance with the U.S. will hold against the onslaught of ISIS. Click play for that interview.

A referendum on independence could soon be voted on by Iraqi Kurds, but Iran and Turkey oppose the creation of a Kurdish country.

In the struggle to save Kobani, Syria from ISIS, the Kurds asked Turkey to allow young fighters to cross the border into Syria.

Initially, Turkey refused. That's because the Kurdistan Workers' Party has fought Turkey for the past 30 years.

Turkey views the Kurds as a greater threat than the Islamic State jihadists. Instead of fighting ISIS, the Turkish air force recently bombed Kurdish fighters near the border.

"They don't want to accept any Kurdish status anywhere -- not in Turkey, not in Syria, not in Iran, not anywhere... and the Turks are acting with the slogan the enemy of my enemy is my friend, so ISIS in that case is the friend of Turkey," Adem Uzum of the Kurdistan National Congress said.

But on Tuesday, Turkey relented, allowing Kurds to cross into Syria to help with the battle against ISIS in Kobani.

In the book, the Miracle of the Kurds: A Remarkable Story of Hope Reborn in Northern Iraq, best-selling author Stephen Mansfield explains why the Kurds need Western support, and how a Kurdish nation could serve as a model for the future of the Middle East.

"Hear this: ISIS will fall. Kurdistan will rise. Iraq will likely partition. When all of this occurs, the U.S. will want to have backed its most ardent though abused friend in the region, the fiercest fighters, and among the fiercest lovers of democracy on earth The Kurds have earned such devotion," Mansfield wrote on his website.

"They are, after all, the largest people group in the world without their own homeland," he noted.

"It is time for the Kurds to have their own homeland, for the U.S. to finally conduct itself honorably toward this ancient people, and for the world to stand with the longsuffering Kurds against the evils arrayed against them," he concluded. "It is time to back the Kurds."