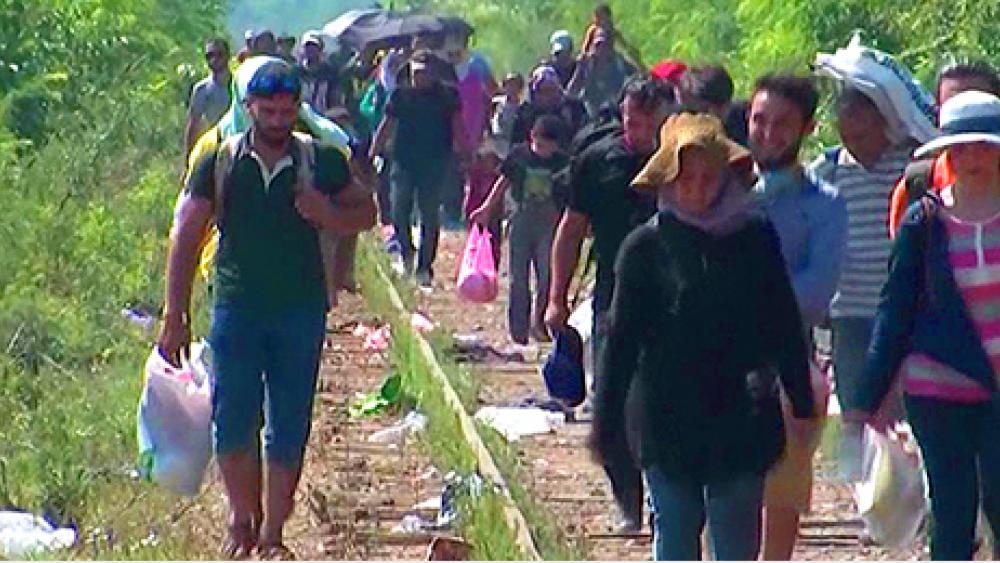 LONDON -- It is a staggering humanitarian crisis: the largest refugee influx since World War II. More than 300,000 Africans and Asians have crossed Europe's border this year, double last year's pace. Hundreds more have died trying in just the past few weeks.

The other side of this tragedy is how it will change Europe. Non-Western migrants had already been flooding into Europe for decades. Leaders refused to stop it for many reasons. Some saw migrants as cheap labor. Others were afraid of being branded racists for opposing it.

But long before this present crisis, experts were asking if Europe would still be Europe if immigrants someday outnumbered natives.

"It's increasingly clear in Western European countries that as populations reach a tipping point, that there are increasing groups of people," George Igler, with London's Discourse Institute, told CBN News.

French writer Renaud Camus calls the influx "the great replacement" and says it is the biggest thing to happen to France since the 15th century.

"Because what is happening, the population is changing," he explained. "Can France be the same with a different people? And obviously, the answer is no."

For years, Sweden has taken in more migrants per capita than any other Europe nation. And the experiment has not gone well.

Segregation and unemployment among migrants remain high. Predominantly migrant gangs have developed a habit recently of throwing hand grenades at each other during street battles.

"You don't have to be Nostradamus to predict the future," he told CBN News. "You look at cities like Malmö, Sweden's third city -- that is 20 years ahead. That's what the rest of Sweden's going to be."

"And Malmö, of the 300 Swedish municipalities, it's bottom 10 in whatever social outcome you look -- employment, unemployment, school outcomes, poverty," he said.

Last year, Swedish police reported that some areas had become dangerous for law enforcement to enter. Officials denied that the areas are no-go zones, but what was described to us by Lars Öjelind, with the Swedish National Police, certainly sounded like no-go zones.

"Police and ambulance and fire brigade, when they are coming to these areas, they are being attacked," he said. "The kids are throwing stones at them so let's say they are more or less riots. The police are attacked by gangstersthere are a lot of firearms, handguns, especially"

Sweden's immigration policy doesn't work. The statistics clearly prove it. So why is Sweden bringing in more and more immigrants? And why are opponents of immigration in Sweden and other Western nations branded as "racist?"

Sanandaji said the Swedish left's obsession with immigration and racism has become a kind of religious substitute.

"If you want to kind of psychologize, Sweden is one of the most secular countries in the world, okay?" Sanandaji said. "They've lost their moral grounding. And the elites in particular are aggressively anti-religion, right?"

"But people, of course, need some kind of spirituality, morality, some values. And instead their values are anti-racism. So they created this alternative reality for themselves where it's the 1930s and they're the guys fighting Hitler," he explained.

But an increasing number of Swedes seem to have finally had enough because the right-wing, anti-immigration Sweden Democrats are now the most popular party in the country.

Kent Ekeroth is an MP (member of parliament) for the Sweden Democrats.

"People in local municipalities, government authorities around the country, they're all saying it's not working," he said. "We're standing before the collapse almost of the system in Sweden. Regular people living the multicultural chaos they created see this."

Right wing parties are strengthening in most European countries because the establishment seems unwilling or unable to stop the migrant influx. A new poll shows immigration is now the number one political issue in Britain.

"Why would you allow unlimited immigration? It's madness," Gerard Batten, a founding member of the UK Independence Party (UKIP), declared.

"But it's a political thing you see. As long as you've got these open borders, the left-wing political elite can say, 'We're good people because we're not racist like the nasty people who want to control immigration,'" he said.

Almost a million migrants have arrived in Germany this year. Meanwhile, German public support for open borders is dropping, and  asylum shelters are being firebombed.

The fear of open borders in Europe seems to be the same fear that is helping to power Donald Trump's surprising campaign for president. Desperate refugees need to be helped. But many are asking, "What will happen to Europe if the refugee surge doesn't stop?"