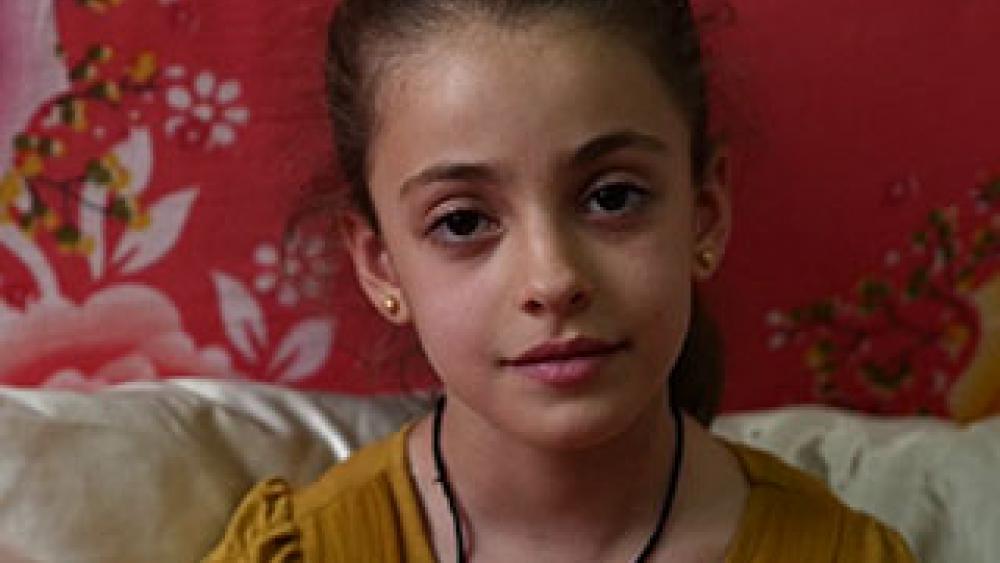 ERBIL, Iraq --  It's now been one year since the Islamic State overran much of northern Iraq. ISIS has brutalized, raped, and murdered thousands.

CBN News shared many of the horror stories, but we also learned of one little Christian overcomer who inspired us. The unshakeable faith of young Maryam Behnam has encouraged Christians in Iraq and around the world.

For Iraq, the summer of 2014 was like no other as a militant Muslim group know as the Islamic State overran the city of Mosul and nearby villages. Thousands were killed, or kidnapped and more than a million people fled into Iraqi Kurdistan.

Over the last year, CBN News brought you many reports from Iraq about Christians who have been forced from their homes because of ISIS. But young Maryam's story went viral, so we thought we'd introduce you to her once again.

Fearless Faith of a Child

Reporter Essam Nagy asked Maryam, " What are your feelings towards those who drove you out of your home and caused you hardships?

Maryam responded, "I won't do anything to them, I will only ask God to forgive them."

Watch that viral interview below:

Hundreds of thousands of people viewed her comments on the Internet.

CBN's Gary Lane recently caught up with the 11-year-old and her younger sister Zomorod as they returned from school. Their family recently moved into a small, two bedroom trailer in a community of displaced Christians in Erbil.

So, why is Maryam unafraid of ISIS, and why does she forgive the jihadists who drove her from her home in Qaraqoush?

"In the Bible Jesus said to us, 'Don't be afraid, I am with you.' And also, He said forgive others no matter who they are hating you. You have to forgive them," she said. "Jesus is my father, and He is my creator. I have no one else better than him. When ISIS drove us out of our home, His hand was on us and He saved us."

When Maryam grows up she wants to join Doctors Without Borders.

"There are people everywhere, they need treatment but they cannot get it because they don't have enough money to go to the doctor and the doctors aren't available usually," she said passionately. "So, this is why. As Jesus said, 'You've been given freely, you should give freely.' This is why we should love them and provide treatment."

Maryam said she cherishes the Bible because it is God's love story to humanity.

"The only story in the Bible is the story of the resurrection of Christ Jesus the Lord because through that story, we can have hope. "

The young displaced Christian said when she prays, it isn't for a bigger home or more possessions.

"When I pray, I pray that God might help us to go back home. And also that the peace of God might come all over Iraq and also, may God forgive ISIS."

So, what is the source of Maryam's unshakeable faith and the words of wisdom beyond her years?

"The words I am speaking to you are not coming from a random place. They come from the Holy Spirit," she insisted. "The Holy Spirit gave me these words to tell you."

He thanks God for Maryam, because He "gave me a nice daughter to disseminate the Word of Jesus to all the world through the media, not to famous her, but to give the regard of God to all the people and to the peace."

Maryam and her sister Zomorod love singing hymns. Their mother Alice has taught them the words to many Christian songs.

"It seems like the Holy Spirit put in their hearts to love those songs and dedicate this part of their personality to love God and praise God," she told CBN News. "So they admire this way of worshiping."

Listen to the girls sing below.

For the Glory of God

Maryam advised Christian children in the United States and elsewhere to love God and share their faith with friends.

"They don't need to be frightened and also, things that happen in their lives, they should learn from us and our lives," she said.

"This should not be to get something or to get glory for ourselves," she continued. "It is for the sake of God because God lives and we want to do everything for the glory of God and also for exalting God in our lives."