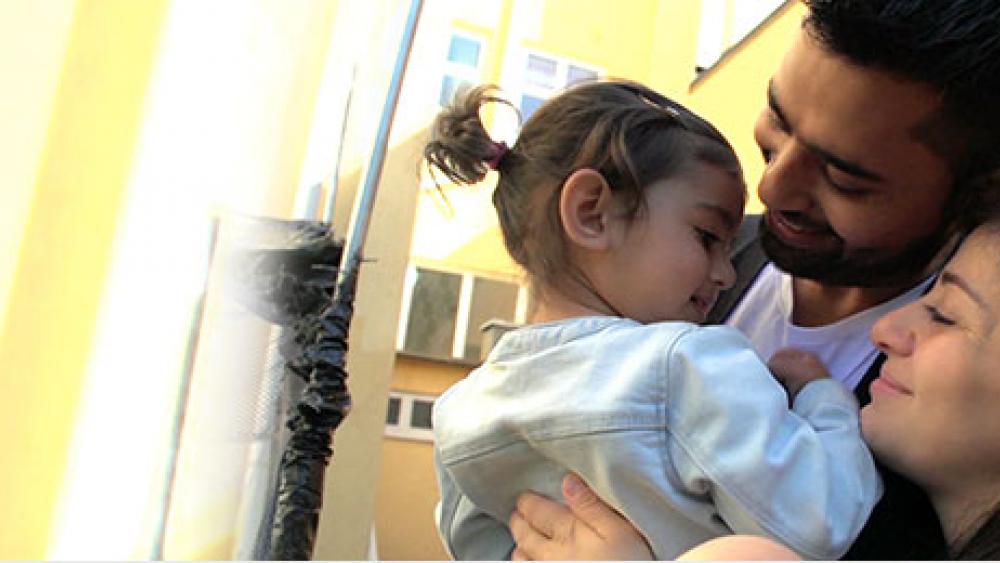 STOCKHOLM, Sweden -- While Europe has welcomed in thousands of Syrians, mostly Muslims, it's a different story for Pakistani Christians. In Sweden, many are being ordered to return home -- and some may face death.

Hundreds of thousands of Muslim migrants have sought a better life in Europe. Pakistani Faisal Javaid became a Christian after he arrived in Sweden.

"I don't have any more belief in Islam," he told CBN News.

Javaid fell in love with Eka, a Christian woman from the country of Georgia who introduced him to Christ. He was baptized last April, but unlike many other migrants, Javaid soon faced rejection from his host country.

The word is out: If you are a Muslim and you're from Syria, you are welcome in Sweden -- there's an open border. But if you are a Christian and you are from Pakistan, you may as well pack your bags and go home.

The Swedish Migration Board issued a deportation order against Javaid and his family. Javaid would be sent back to Pakistan, and his wife and daughter to Eka's home country of Georgia. The couple is expecting another child in November.

Eka could barely talk about her plight, tearfully telling CBN News she wants her family to remain together in Sweden. Not only would deportation separate a family, but it would also endanger Javaid's life because Muslims now consider him to be an apostate.

"If we will be deported -- our family, relatives, friends, everyone -- they just think this is their responsibility to kill us," he explained. "We want just to save our life. I want to stay with my family."

Javaid's lawyer, Gabriel Donner, said, "They didn't care if he was a convert or not. And the practice here in Sweden has so far been that no Christians from Pakistan need any protection."

Donner sued the Swedish government, charging it had violated European Union rules that require protection for Muslims who convert to Christianity. He says the court agreed.

"The court said this can't be done and sent everything back to the migration board and said, 'You have to do your homework and do this properly this time,'" Donner said.

Eventually Javaid and his family may be allowed to stay in Sweden.

"As long as Faisal can prove that he is a true believer, he's safe," Donner explained.

But how does Javaid prove his conversion is sincere, that he didn't just pose as a Christian to get asylum?

His pastor, Joel Backman of Elim Church, sent a letter to the migration board. He admits gauging faith is difficult.

"I mean, how do you determine my faith and how do I determine yours? So, we write what we can and that is the visible things: They come to church. They pray and they're part of our Bible studies. They're part of ministry as a whole," Backman told CBN News.

"I mean that is what we can say to the government and we can throw in assessment. I believe this is sincere," he said.

"We have got very strange questions sometimes," Javaid recalled. "They will ask about liturgical collars and things like that. If you've been meeting in a simple home, discovering Jesus together, read the Bible and discovered Jesus."

"They [converts] don't know about church traditions, nothing," he explained. "They know about Jesus. They love Jesus."

In another case, one Pakistani's love for Jesus nearly cost him his life. Former teacher Herman Fernandez, who changed his name from a Pakistani one, taught Western ideas to students in northwest Pakistan.

That's when he started having difficulties with hardline Muslims.

"I got threats from two students whose parents were -- what do you call them? -- imams in the area," he recalled.

Fernandez said they were concerned he was teaching the children Western ideas. They told him that he was "a kaffir" who is "bringing kaffir thoughts" to their society.

In addition to being called a kaffir, someone who has rejected Islam, Fernandez was also accused of being an American spy because he assisted some Western organizations. He said he and two colleagues were kidnapped in September 2011.

'They Beheaded My Colleages'

Herman claims he witnessed their murder.

"On the second or third day they beheaded one of my colleagues...and they forced me to watch it. I'm trying to get over this," he said.

He said eventually one of his captors helped him escape. Afterwards, he fled to Sweden where the migration board denied his asylum request.

"They don't see that my life is in such a danger in Pakistan," he explained.

And what if he is deported back to Pakistan?

"They will get me either from the airport or, oh, that would be the last of me," he gasped.

Donner also represents Fernandez. He wants the Swedish government to do a better job of considering the plight of Pakistani Christians when deciding cases like Javaid's and Fernandez's.

"And give them the same benefit of the doubt that they are giving today to other refugees coming into Europe," Donner said.