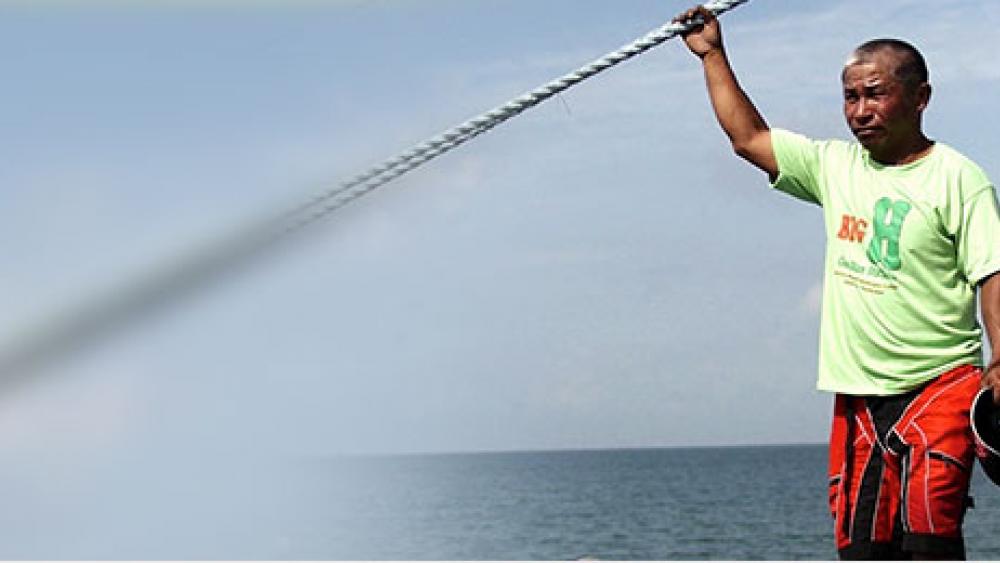 MASINLOC, Philippines -- As American attention focuses on the Middle East, China is gradually swallowing up territory claimed by its neighbors.

Now there's growing fear that even a small disagreement with China could easily escalate into a larger regional conflict in Southeast Asia.

Determined to dominate the western Pacific, China's navy is now bullying neighbors over territorial and water rights in the South China Sea.

The Philippines is comprised of more than 7,000 islands, and for centuries Filipino fishermen have fished the waters. They've found abundant fish around the reefs and around the shoals, but now the word is out: stay away from the shoals!

If they don't heed the warning, a Chinese navy water canon could take action, or the Chinese Coast Guard could ram their boat.

But today their boat -- the Marvin Two -- sits idle, anchored off shore in Masinloc, Philippines. It's too dangerous for Mula and his friends to fish the shoal.

Last Christmas, strong winds and rough seas caused Biany and other fisherman to seek shelter in Scarborough Shoal. That's when the Chinese Coast Guard approached them.

"They shouted, 'China island, China island! Go back to Philippines!' I said, 'Oh, you are so far away from home and you think this is a China island?' They pointed their guns at us. We were afraid for our lives," Mula recalled.

Mula now earns only about $12 per day driving a tricycle taxi. He made nearly $700 per month when he fished the shoal.

The Scarborogh Shoal is in the South China Sea. While it's 120 miles from the Philippines and 400 miles from China, the Chinese government claims the territory as its own. It falls within an ambiguous zone that China calls the 9 dash line, Chinese territorial waters. The Spratly and Paracel Islands also fall within that area.

"If we leave this claim unchallenged, the Philippines could be losing about 80 percent of our exclusive economic zone, which could mean robbing our nation of its wealth and depriving our people of their livelihood," he warned.

China is also enforcing its claims by taking action against Malaysia and Vietnam.

One video shows a Chinese ship ramming and sinking a Vietnamese boat.

Why the agressive moves? In addition to fish, the South China Sea is rich in oil and natural gas.

And China has implemented an ambitious construction program to make its claims permanent. It's building oil platforms, aircraft landing strips, and even new islands.

All of this has raised tensions between China and its South China Sea neighbors.

Richard Heyderian, a columnist and foreign affairs analyst, explained, "We don't have a hotline with China. Thankfully, nothing crazy happened in the high seas, but you could imagine what if there was a shooting? Accidents are not impossible.I mean the probabilities keep increasing. Something could happen and could get out of control."

The United States in his view "has not been assertive enough in standing up for those nations, which allows for this critical strategic waterway to be controlled by China," he said.

Now, the question is, what can be done to prevent a greater conflict?

"It's not a slam dunk solution," Heyderian said. "Let's be very honest about it. Do not expect China to be packing its bag and going away, no. It's not going to leave what it already has. Perhaps the good thing we can do is prevent China from getting more islands."

The Philippines submitted the dispute to international oversight, but China has rejected arbitration, preferring one-on-one diplomacy.

For now, fishermen like Mula say they just want their livelihood back.

"It's okay for China to be there, but just let us fish. All we want to do is fish!" he said.