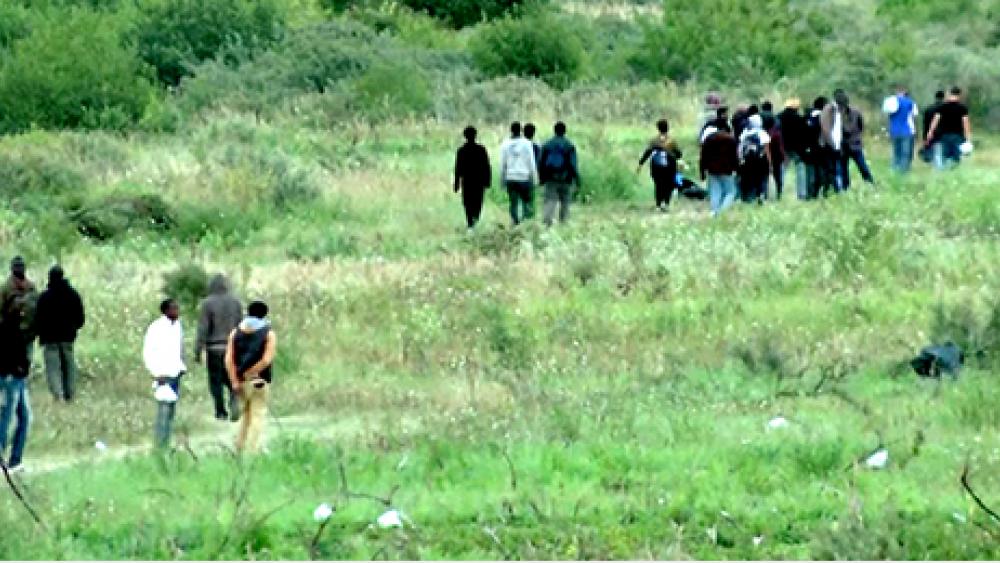 LAMPEDUSA, Italy -- It is the largest refugee crisis since World War II: millions of men, women, and children running from civil war, from ISIS, from religious persecution, and from hostile governments in Africa and the Middle East.

CBN News traveled to the remote Italian island of Lampedusa, 60 miles from the North African country of Tunisia, where some of these migrants arrive -- dead or alive.

Italian authorities have built camps there and across Italy to try to contain the refugee influx, but they know more are coming.

Lampedusa's tourist economy has been heavily damaged by the migrant crisis, but most islanders know they must help the refugees.

Pizzicori said she welcomes the migrants.

Roberto Recupero is a born again Christian and a Carabinieri, or military policeman, on Lampedusa. He said his view of the refugees changed when he saw their bravery and determination.

"I've seen mothers with little babies, pregnant women, children, making this perilous journey, risking their lives on dangerous seas. And it changed my mind," he said.

But other Italians have not been so welcoming.

Watching police chasing migrants and carrying them onto a police bus in Ventimiglia, Italy, Saddam, a migrant from Sudan, said, "Look how they are acting with the people. It is like animals, like terrorists, like we come from another planet."

"We are human beings; we are not animals," he insisted. "I know, I know we are black and we are come from Africa, but we are still humans."

But this is more than a humanitarian crisis. For Italy, and the entire European Union, it is also a security nightmare because, reportedly, among the refugees are soldiers of the Islamic State.

Claudia Bellochi, president of the Rome chapter of Italy's right-wing party, the Northern League, is concerned.

"There are people who are coming because they are fleeing war, and we agree that we have to help them," she told CBN News. "But criminals are coming, too. They form terror cells here in Rome. Some are ISIS."

And once inside the European Union, there are little to no border controls between nations. The refugee surge has now reached northern France, where migrants are trying to use the tunnel under the English Channel to reach Britain.

Hungary, an EU member and a major destination for migrants, has had enough and has dispatched the army to build a fence along its border with Serbia. Yazidi refugees hide in the forests nearby. Ahmed Saad said they walked all the way from Iraq.

"We've walked on foot -- in Turkey, in Bulgaria, all on foot," he recalled.

They came from Sinjar, where thousands were slaughtered by ISIS.

In a notorious refugee camp in northern France called "The Jungle," Christians from Africa and the Middle East recently held a Thanksgiving service. They were thankful for safe passage from the danger in their homelands.

At least 27,000 migrants have died trying to come to Europe in the past 15 years. But many more will still try because many parts of Africa and Asia are dangerous places to live.

Seventeen-year-old Lamin Conta from Gambia said, "Libya is not safe. There is nothing like human rights. You don't have, even if you have the documents, you don't have rights there. They can kill you anytime."

Italian resident Concetto Campisi tutors migrants, and says they have been subjected to "unspeakable suffering, and deserve our care."

But can European nations with struggling economies afford this?

"We cannot host everyone," Bellochi said. "It's not a question of the Northern League being racist, not at all. We just ask ourselves -- why have the other nations stopped refugees and why is Italy still hosting them? The problem is there is no willpower to stop it."

What is certain is that this refugee crisis is changing the political landscape in Europe.

Public anger is building against the refugees and against the European Union over uncontrolled migration. Right wing parties are growing. And a backlash looks to be coming.

*Dale Hurd also reported from Rome for this story.