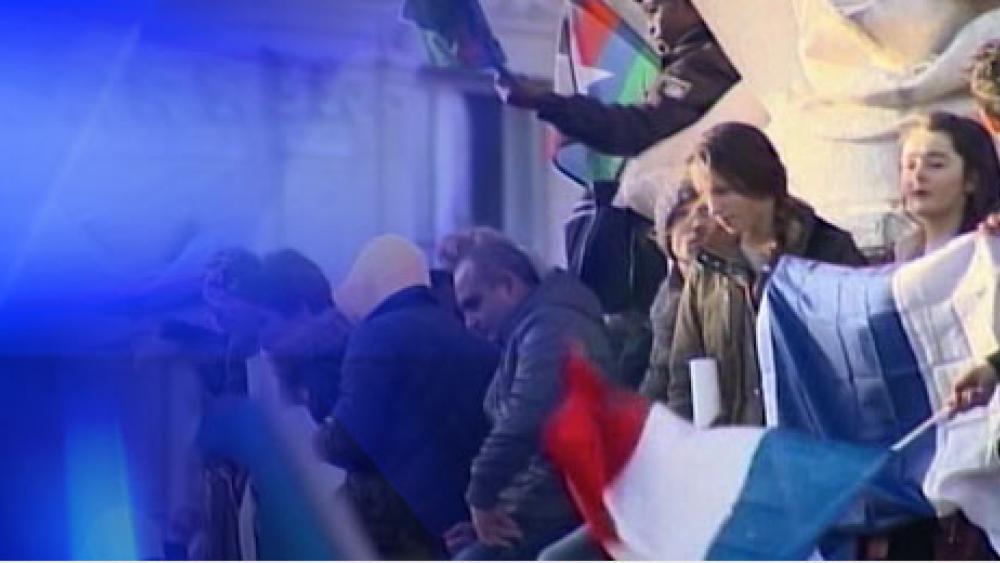 PARIS - French Holocaust survivors gathered last month on the 70th anniversary of the liberation the Auschwitz.

They are men and women who saw terrible anti-Semitism as children and who must again live in a time when some in France and in Europe want to kill Jews.

France's Jews have felt like a target for a long time. And the killings by Muslim terrorists at the Charlie Hebdo newspaper and kosher supermarket have only confirmed their worst fears, and it will cause more of them to leave France for Israel and the United States.

Some have called the massacre France's 9/11. But America clearly changed after 9/11. It's not at all clear if France has changed enough.

Yes, there have been arrests and more police and soldiers have been deployed. But political correctness is still so deeply rooted in France that speaking out too strongly against Muslim immigration and being labelled a racist can still end a career.

French TV commentator Eric Zemmour was fired in December for saying that Muslims should be deported to avoid "chaos and civil war."

Zemmour has written the bestseller, The French Suicide, about how France is being destroyed. CBN News had hoped to interview Zemmour, but his publicist told us he was in hiding because of death threats.

One week after the killings, Paris police banned an anti-Islamization march.

Even popular far-right leader Marine Le Pen has been tiptoeing around the subject. She's reportedly feuding with her foreign policy adviser, Aymeric Chauprade, who gave an exclusive interview to CBN News.

Chauprade angered Le Pen by saying that France is at war with some Muslims and in danger from what he called a fifth column of 1 million radical Muslims in France.

"The problem, which is maybe worse, is the sympathy from a large part of the Muslim population in France toward jihad and towards the radical idea," he told CBN News.

An Outpouring of Hypocrisy

The world saw millions of Frenchmen flood into the streets to say "I am Charlie." It was a touching outpouring of support for free speech in the face of Muslim terror.

But conservatives in France saw something else: hypocrisy.

The same French leaders marching for free speech have not allowed free speech critical of Islam, except for few Charlie Hebdo cartoons, and have crafted policies that have allowed Muslim extremism to flourish in France.

French author, journalist and publisher Jean Robin says the government brought on the attacks, by being harder on critics of Islam than on Muslims.

When CBN News asked French writer Renaud Camus about the French government's commitment to free speech, he burst out laughing.

"They have not been protecting free speech," he said. "The aim of the government over the 40 years has been to impeach free speech, to express itself on the main subject of the replacement of population, which is totally banned from the media, and which is what you're not allowed to talk about it."

Camus has been banned himself because of his warnings about Islam.

And France's unwillingness to confront the problem of Muslim immigration and radicalism strongly enough could help ensure there will be more attacks like the one on Charlie Hebdo and the kosher supermarket.

All of those French conservatives we interviewed warned of civil war, and of a future like Lebanon or Yugoslavia, although Camus added that, "Civil war is the wrong expression. There will be nothing civil about it."

After what should have been a clear wake-up call for France, it's not at all clear that France will do what it takes to prevent the next attack.

Chaurpade said France has to "fight very firmly, very strictly, against the Islamization of French society. There is an Islamization process, and we have to stop it clearly."

The number one best-selling book in France right now is Submission, by Michel Houellebecq. The story is set in the future when France has a Muslim president and French women begin wearing veils. It was released, coincidentally, on the day of the Charlie Hebdo massacre.

There are likely to be more terrorist attacks in France, not only because of the government's fear of political correctness, but because there are simply too many Muslim jihadists in the country to stop all of them.