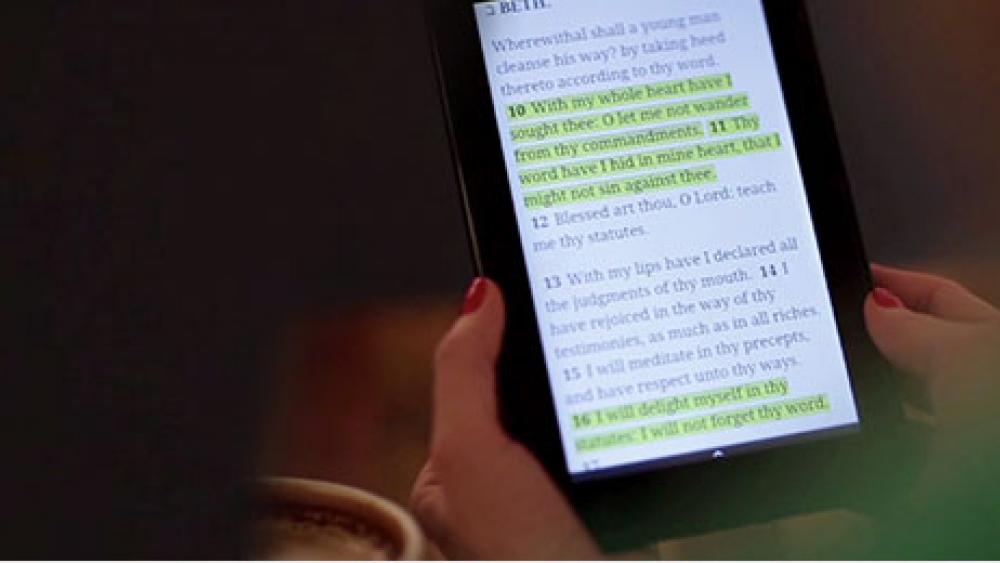 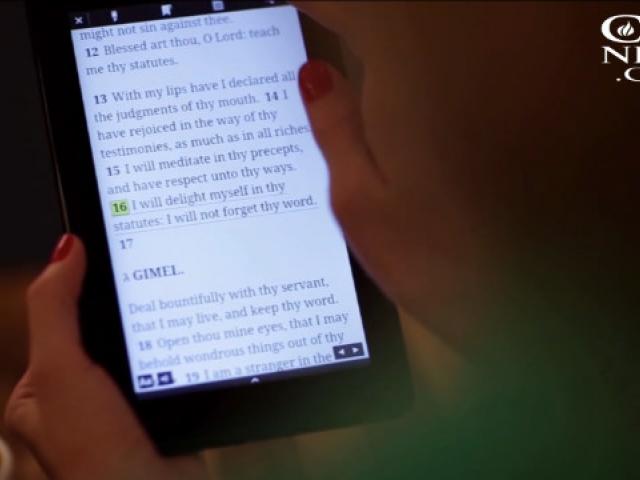 WASHINGTON --  In Matthew 24:14 Jesus said, "And this gospel of the kingdom will be preached in the whole world as a testimony to all nations, and then the end will come."

For the first time in history, the means are available to make the Gospel available to the whole world, putting the Bible into every language every person on the planet speaks.

And the people who can make it happen have a passion to make it a reality in this generation.

Mart Green, a member of the wealthy Green family that operates Hobby Lobby, helps run the family chain stores and heads up his own business, Mardel.

But what really excites him is his work getting the Scripture translated into every tongue.

This drive to spread the Word began 17 years ago when Green watched Gaspar, a Guatemalan tribesman, break down and cry after waiting 40 years to get his hands on the Scriptures in his language.

"The translation started in 1958. This was 1998, so a couple spent 40 years translating the Bible," he explained. "And I even wondered if it was a good return on investment: spend all that time and money for just 30,000 Eastern Jacalteco."

"But when Gaspar went forward to get his Bible, he did something I'd never seen before: and he openly wept to get God's Word," he said.

Green said he definitely knew at that moment all the investment was well worth it.

"My passion everyday since then has been to make sure that everybody has God's Word in the language they speak, what we call the heart language," he added.

Bob Creson, president of Wycliffe Bible Translators U.S.A., told CBN News putting the Scriptures into the world's 6,900 languages is well on the way.

But hi-tech innovations are slashing the average 40-year time it used to take to do a translation.

"It's accelerated the pace such that now it takes about 10 years or even less for a New Testament to be done," Creson said.

And innovations like the YouVersion Bible App are allowing people, even those who can't read or see, to access the Bible in a few seconds on their digital devices.

Getting Around Bible Bans

Those apps make it possible for citizens in countries where the Bible is banned to consume it unseen.

"So instead of carrying a Bible around that might put your life at risk, now you carry your phone," Green explained.

Pastor Bobby Gruenewald of LifeChurch.tv came up with the YouVersion Bible app, which has been downloaded more than 170 million times.

"The app's been used in absolutely every country and territory on the planet, including places where the Bible's prohibited, where if people were caught with a Bible, they'd be put to death," Gruenewald said.

Gruenewald remembers a Malaysian minority woman realizing her people could finally read banned Scripture because of the app. She had fled her homeland.

"She said many of the churches are underground because a majority of the population is Muslim. And so she got introduced to the Bible app," he said. "And she was scrolling through and found her native tongue available in Scripture."

"And she was just amazed because when she was young, they'd burned all the Bibles in that language," he continued. "The last time she'd seen God's Word in her language, she was a little girl."

'They Can't Burn This'

She thought she'd never see it again because, as Gruenewald put it, "all the Bibles were gone."

"And she just wept as she really realized what this could mean: and she's excited about being able to take this back and share it with others," he said. "And one of the things that she said was, 'They can't burn this.' And she's talking about the app."

An added benefit of all the digital diversity is it's allowing Bibles to help with illiteracy.

"People will either read on their phones or read in a book; they'll listen to the recorded version," Creson explained. "And they'll actually learn how to read, using the Scriptures and listening to the audio."

Technology is also helping to reach young people who might be reading books much less as they watch screens much more.

For instance, Gruenewald's team of mostly young parents and their allies have put out the Bible App for Kids.

"Us and our partners, we've invested millions of dollars in building an app that we really feel like is at the top level in terms of its engagement with kids," Gruenewald said. "And it's something that we're really excited about because it's engaging my children in the Bible everyday."

Parents appreciate that there's something biblical for their kids that's every bit as sophisticated as the videogames of the world. Gruenewald was amused to find out even an atheist father appreciated it.

"He'd said, 'If my child's interested in anything -- whether it's horses or even if it's God -- I want to be a resource to sort of help them learn more about it.' And sure enough, his daughter was interested in God," Gruenewald explained.

Meanwhile, Green and his allies, like Gruenewald and Creson, have made spreading the Word easier by creating the Digital Bible Library and convincing those all over the world who own rights to various Bible translations to share.

"We want to digitize, centralize, standardize all the Bible texts of the world," Green said. "There are probably 200 organizations that have all these intellectual property rights to the various translations. But what if the texts and permissions to use them were in one spot so when someone comes up with an incredible idea like YouVersion and needs all these texts, they don't have to fly all around the world to get it?"

That's what the Digital Bible Library is accomplishing. It's allowed YouVersion to reach a recent milestone of offering 1,000 free translations to the world. And access is getting faster all the time.

"Sometimes it takes six months to a year to get the printed version out," Creson said. "But in the Digital Bible Library, YouVersion can go in there, pull out that text, and in about 20 minutes they can put these things out now."

As they race to spread the Word digitally and globally, Green described it as "eradicating Bible poverty."

Gruenewald said it's hard for Americans to imagine what it's like for all those people who don't have the Scriptures in their own language.

"Ever since we were little, it's been available in English," he said. "But for many people, the Bible's not available in their heart language, so to them, God doesn't actually speak their language."

It's amazing to see the reactions when people finally do get their own translation. Creson spoke of a Bible translator first reading the Easter story he'd just translated into Yambetta for a group of African church-women.

"They just started weepingweeping," Creson recalled. "He said, 'Mothers, why are you crying?' And they said, 'We've never heard this story before.' He said, 'Yes, you have. You've heard this story many times before.'"

"But then all of a sudden he realized they'd only heard it in French," he continued. "They'd never heard it in their mother tongue."

Such scenes fuel the passion of men like Creson, Green, and Gruenewald to make sure every tongue has its own translation.

"It's pretty incredible to think what God could do when the entire globe will be able to understand His Word in their language," Gruenewald said.

Could such a time hasten the return of the Lord? Creson recalled Jesus Christ's words in Matthew 24:14.

"And He says, 'After all have heard, then I'll come back and the end will come,'" Creson said. "We're hastening the return of Jesus Christ. No predictions. I'm not in the business of being a prophet. But I really do believe that's true."

Green said he feels this work he and his allies are doing has eternal implications.

"Two things are going to last forever: the souls of man and God's Word," he said. "So if we can put God's Word into people, then we feel like we're doing something that'll last forever."