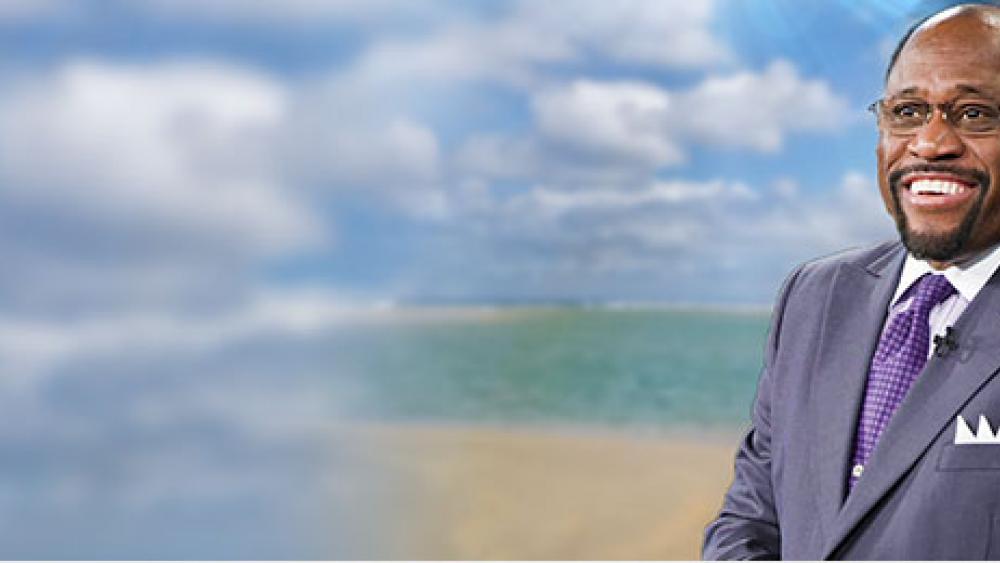 NASSAU, Bahamas -- Just four months ago, news that Dr. Myles Munroe and his wife died in a plane crashed shocked Christians around the world.

In addition to devastating their children, it shook the congregation he pastored in the Nassau, Bahamas. But as Wendy Griffith found out, the church is now growing with a new passion to keep Munroe's legacy alive.

Munroe was born in the Bahamas. It's one of the world's most popular vacation destinations: the white sandy beaches, tropical climate and friendy people make the Bahamas a little paradise on earth. And it was here, on an island just 21 miles long by 7 miles wide, that Munroe rose to international fame.

It was also here, on Nov. 9, 2014, that the unthinkable happened. While flying in bad weather to a leadership conference, Munroe's plane hit a crane on approach to the airport.

All on board died, including Munroe's wife Ruth, two other pastors from Munroe's church and five others.

The tragedy led many to ask, "Why, why did this have to happen?"

"I think in that moment, it caused all of us to kind of question," Bahamas Pastor Dale Moss, president of Northeastern Pastors' Alliance, said. "We're still tusseling wth this."

Just four months later the sounds of praise continue to rise from Bahamas Faith Ministries International Fellowship in Nassau, the church Munroe founded. The big difference: their beloved pastor of more than 30 years is no longer at the helm.

"There is a whole in our hearts. The pain, we still feel it," Patrice Stubbs, a long-time member, said. "It is still hard to believe and accept. We lost our pastor, we lost our mentor, we lost someone who taught us."

Munroe's children, Myles Jr. and Charissa, lost more than anyone that horrible day. Myles Jr., 31, who normally shuns the stage, spoke at his parents' funeral.

"There are no words. There is only faith and trust in God," he said as he spoke from the podium.

Although still grieving, Myles Jr. spoke with CBN News in the Bahamas about how he's doing.

"That depends on the day you ask me that question," he said. "Some days I honestly don't feel like doing anything, not talking to anybody, just being to myself," he said.

"My faith in God keeps me moving. It allows me to know that this is part of some bigger plan that He (God) has and eventually it'll reveal itself," Myles Jr. said.

So, how do you fill the shoes of a man who was an international speaker, author of more than 70 books, leader of a global ministry, and loved people so much he wanted everyone to know their value and purpose?

"So when it comes to filling his shoes I realize that I'm left and so somebody has to carry the vision on," Burrows said. "And because I was there with him at the beginning and I was trained by him and I was developed by him and I developed my leadership potential, then it just made sense."

Griffith: You were supposed to be on that flight with Dr. Munroe?

"Yes, I was," Burrows said. "Dr. Munroe called me and he said, 'Dave are you going with me?' And I said, 'Sorry, chief,' cause sometimes we called him chief. I said, 'We can't go because my daughter and I bought tickets to leave on Monday morning.' So I said I can't make it," Burrows said, realizing how close he, too, had come to death.

"Ruth was not a person who sought fame or glory," Angela Burrows said. "Ruth said and understood her purpose. And she said, even two days prior to the tragedy, 'My purpose is to serve my husband,'" Mrs. Burrows recalled.

Angela Burrows is now the new "first lady" of Bahamas Faith Ministries, a title she doesn't care for.

"I really do not like the limelight, believe it or not. I don't like the cameras, but I realize now I had to change," she said.

At the Peak of Life

By all accounts, Munroe seemed to be at the top of his game. He was on his way to speak at another leadership conference and yet died at just 60 years of age.

For many, including his son, it didn't make sense.

"To me it seemed like my dad was just reaching his peak, just about to go into that next phase of his ministry of his life," Munroe Jr. said. "I was excited for it. I was excited to be a part of it."

Interestingly, just a week before his death, Munroe spoke of death on the Jeff Koinage Live Show in Kenya.

"I love the phrase, 'It is finished!' I want to die because their is nothing left for me to do. I have done what I was born to do," Dr. Munroe told host Jeff Koinage during the live television show.

"Maybe that's what or where his life was supposed to end - at the peak... so all of us can now take his vision forward," Myles Jr. reflected.

Today, Myles Jr. continues to head up his father's International Ministry and is working on establishing the Myles Munroe Foundation to honor his father.

"I want to make sure I carry this legacy and carry it the right way, my sister and I. We have a lot we want to do, a lot we feel that needs to be done," he said.

Griffith: What's the thing you miss the most?

"My dad was to me the smartest man I've ever met. I felt like I could go to him and ask him his opinion on anything. I miss those one-on-one conversations," he said.

"My mother, I miss making her smile. It was always so easy for me to put a smile on her face," he continued. "I'm a mama's boy so I just miss being able to have that mother-son relationshp."

"His death has made me so much more determined that I am going to die empty," Stubbs said. "Everything that I came to this planet to give, I intend to do."

Although there will never be another Myles Munroe, his legacy will live on in the hearts and lives of the people he touched here in the Bahamas and around the world.

*Click here for more information on the Life and Legacy of Myles Munroe or Bahamas Faith Ministries.