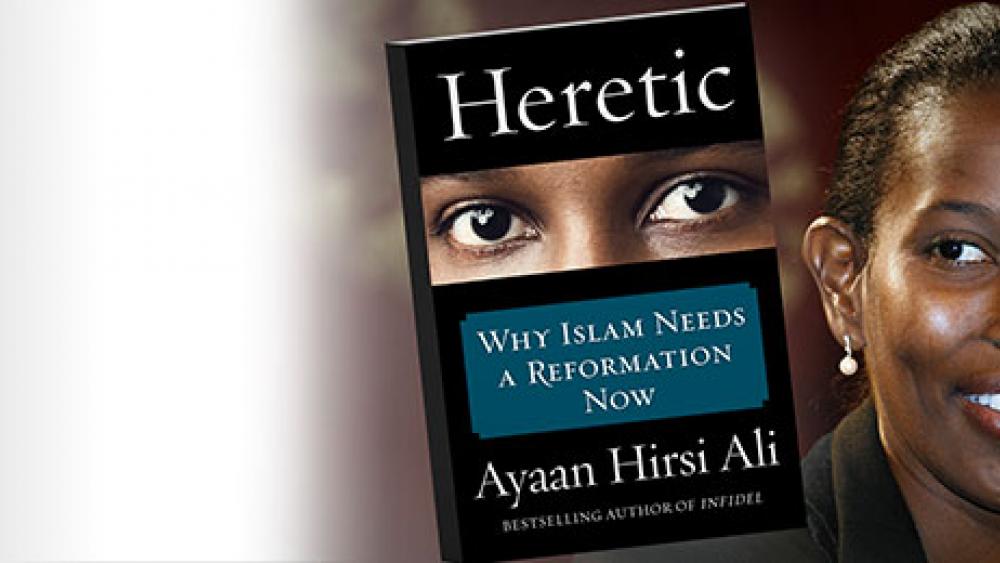 For more than 10 years, Ayaan Hirsi Ali has been a fierce critic of Islam. As a result, she's also been the target of constant death threats.

Hirsi Ali was born a Muslim in Somalia, where she saw and experienced the brutal treatment of women and girls under fundamentalist Islam.

As a young woman, she escaped from an arranged marriage and sought asylum in The Netherlands. She became involved in politics and eventually was elected to the Dutch parliament, where she was an outspoken critic of Islam.

Today, Hirsi Ali lives in the United States and is a fellow at the American Enterprise Institute. She continues to risk her life to expose Islam, a religin she says subjugates Muslim women to lives of slavery, suffering, and submission.

Her latest book is called Heretic: Why Islam Needs a Reformation Now. In it, she makes the powerful case that a religious reformation is the only way to end the terrorism, sectarian warfare, and repression of women and minorities that each year claim thousands of lives throughout the Muslim world.

Hirsi Ali will talk more about her book and her call for a religious reformation on The 700 Club, Tuesday, March 24. Check your local listing for show times, or check CBNNews.com after 11 a.m. ET.

Watch the whole interview above or watch clips below:

Defining Jihad: 'Denial is not a strategy'
Ayaan Hirsi Ali explains that jihad means "holy war." She lays out why trying to define it as something else is not reality.