Russia-Iran 'Nightmare' Alliance: Why You Should Be Concerned 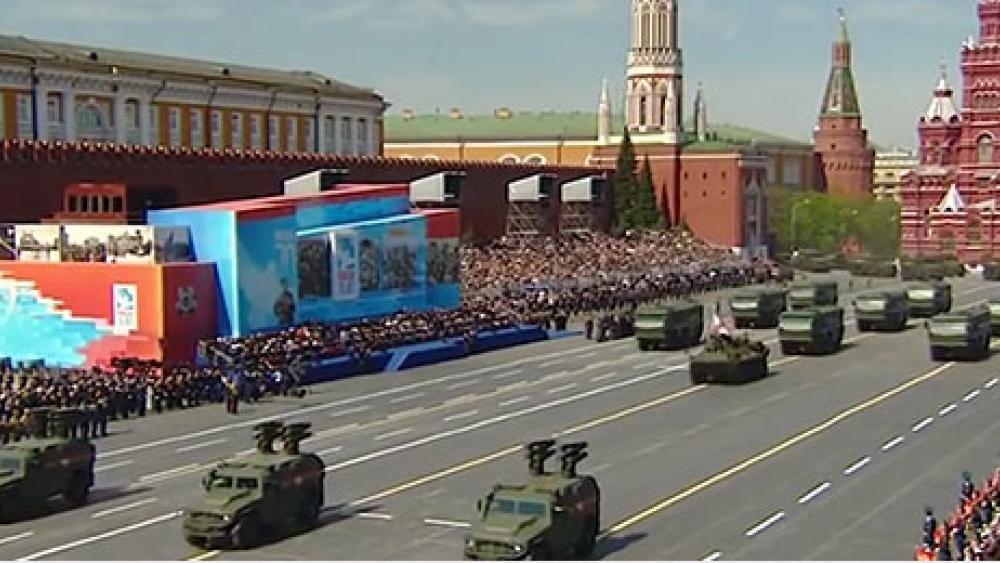 WASHINGTON  It's a nightmare scenario: A military powerhouse with a massive nuclear arsenal, openly aligning itself with Islamic terrorists who are hostile to America and Israel.

That's exactly the situation today in Syria, as the Russian military coordinates with the world's number one state sponsor of terror  Iran  and its proxy, Hezbollah.

The Russian/Iranian alliance is helping to prop up the regime of Syrian dictator Bashar al-Assad. He'd been on the ropes, threatened on all sides by ISIS, al Qaeda and Syrian rebel groups. Then the "Russian Bear" stepped in.

Meet the Mideast's 'Most Powerful Operative'

Russia began air strikes in Syria on behalf of the Assad regime in late September, after a steady military buildup. The buildup began shortly after an Iranian general named Qassam Soleimani paid a visit to Moscow in July.

It was no coincidence. Although he largely avoids the limelight, Soleimani has been called "the most powerful operative in the Middle East today."

"He's anti-U.S. He is able to travel the Middle East and North Africa, basically funding and directing Iranian proxy groups like Hezbollah, Hamas and the Houthis. Those are just the ones that start with an "H," he said.

Pregent is executive director of Veterans Against the Iran Deal. He served as an intelligence adviser to Gen. David Petraeus in Iraq, where he saw Soleimani's handiwork up close, including Iranian-backed attacks against U.S. troops.

"There were the explosively formed penetrators," Pregent explained. "Those were munitions that the Iranians helped the Shia militias build. They brought them to Iran, trained them on how to use it, and actually set them up in Iraq and directed their attacks against U.S. forces."

"It wasn't only the explosively formed penetrators: the Iranian IEDs," Pregent continued. "They also had something called improvised rocket assisted mortars, where they would drive a truck up to a base and launch mortars right over the wall  and basically blanket or carpet bomb that area of the forward operating base."

U.S. officials believe those Iranian-supplied weapons led to the deaths of at least 500 American soldiers in Iraq.

"Soleimani is responsible for the Qods Force external operations," Pregent told CBN News. "He has the Iraq portfolio; he has the Syria portfolio  he's responsible for keeping Assad in power for four years. He has a hand in the death of 200,000 Syrians."

Soleimani's ultimate target, however, is Israel.

In pursuit of that goal, Iran is attempting to establish a foothold in Syria's Golan Heights, along Israel's border.

In January 2015, an Israeli helicopter strike killed a group of top Hezbollah operatives near the Golan border, along with an Iranian brigadier general.

"Qassam Soleimani has become much more public in his profile," said terrorism analyst Matthew Levitt. "Lots of pictures of him standing alongside Iraqi Shia militants in Iraq, in Syria  taking a very public role."

Likewise, Iran is stepping up its role in Syria's civil war. Some 2,000 Iranian and Iranian-backed fighters are now in Syria, battling to prop up the Assad regime.

They're joined by thousands of Hezbollah fighters and supported by a daily barrage of Russian air strikes against anti-Assad targets.

In addition, Russia, Iran, the Assad regime and Iraq are now all reportedly sharing intelligence.

An emergency visit by Soleimani to Moscow in July reportedly sealed the deal for Russian involvement in Syria. It was a visit made in direct violations of U.N. sanctions against the Quds Force leader.

"Everybody is concerned that the money that is being released is going to enable Iran in a large part, or even a small part, to give more money to Houthi rebels in Yemen, the Assad regime in Syria, Hezbollah, Hamas, etc.," Levitt told CBN News.

As for Russia, its growing presence in the Middle East and alliance with Iran raises serious questions for Israel  such as, how will Russia react to a potential war between Israel and Hezbollah? Or an Israeli strike against Iran's nuclear facilities?